Demi Moore for Helena Rubinstein – “a Madame Tussauds wax figure rather than Moore herself.” 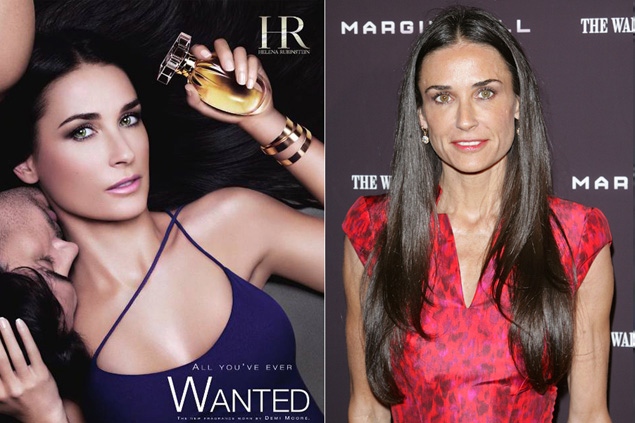 The actress checked out of rehab just two weeks ago and looks thin and exhausted, a far cry from the beauty campaign’s gorgeous
images, reports nydailynews.

“A Madame Tussauds wax figure rather than Moore herself,” The Hollywood Reporter commented about the photos seen by some as as proof that the distressed star is finally making a comeback.

The Mirror called the campaign “a message to Ashton,” saying that Moore is “back at work and looking amazing.”