According to the biannual Hotel Price Index (HPI) released by hotels.com, the expert in online hotel booking and home to more than 20,000 hotel destinations worldwide, , Americans repeatedly visit their top three favorite domestic cities: New York City, Las Vegas and Orlando. But, when U.S. citizens present their passports for international travel, where are they going? 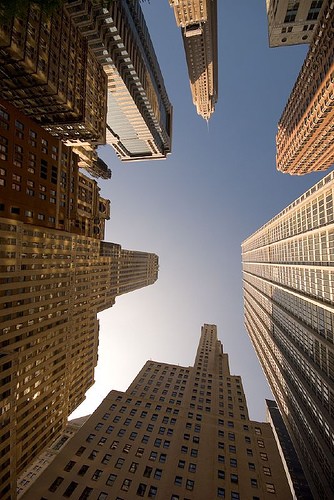 Multiple Asian cities saw an increase of American travelers in 2011 despite the region’s overall 2 percent decrease in hotel prices. Hong Kong became the seventh most visited city by Americans in 2011, right after the perennial top international cities including, London (first), Paris (second), Toronto (fourth) and Montreal (sixth). Chinese cities like Shanghai (18th), with hotel prices down 8 percent to $130; Beijing, China’s capital where room rates increased 6 percent to $120; and Bangkok (up to 17th from 24th) are seeing increased popularity.

Singapore, Seoul and Taipei also all saw a rise in American visitors. For the first time, Taipei, Taiwan entered the list at number 49. Below is the list of the top 10 international cities U.S. travelers enjoy frequenting.

The HPI is a regular survey of hotel prices in major city destinations across the world, based on hotels.com bookings. Prices reported are those actually paid by customers (rather than advertised rates) during the calendar year of 2011. On a global scale, hotel prices increased by 4 percent on average in 2011 over 2010, while average prices in North America increased 5 percent year-over-year, continuing the process of steady recovery from the lows of 2008. Entering the third consecutive year of moderate price rises for guests, the global average price is still lower than it was in 2005, such was the depth of the financial crash-inspired trough.

“The HPI is a thermometer measuring the global temperature of the travel industry. The HPI tells us what is popular, what is trending, and what is on an upswing or decline,” said Victor Owens, vice president and general manager, Hotels.com North America.

Where Do International Travelers Stay When in the U.S.?
By welcoming more than 50.5 million tourists in 2011, New York City again ranks as the number one destination for foreign travelers to visit in the U.S.

The “underdog” city to push its way back into the top 10 most popular U.S. destinations for international visitors is Washington D.C. Other noteworthy American destinations that moved up the list include: Key West (18th from 21st), Brooklyn (31st from 45th), Detroit (29th from 40th), Santa Barbara (34th from 38th) and the Atlantic City (30th from 35th).

Most and Least Expensive Destinations in the United States
The demand for travel to New York City, Honolulu, Boston and Miami would naturally drive prices a little higher hence marking them as the most expensive U.S. cities to visit. Travelers will continue to flock to these cities in droves, yet there are still deals to be found. For travelers seeking a low budget, but charming experience, the south is home to the four most affordable estinations.