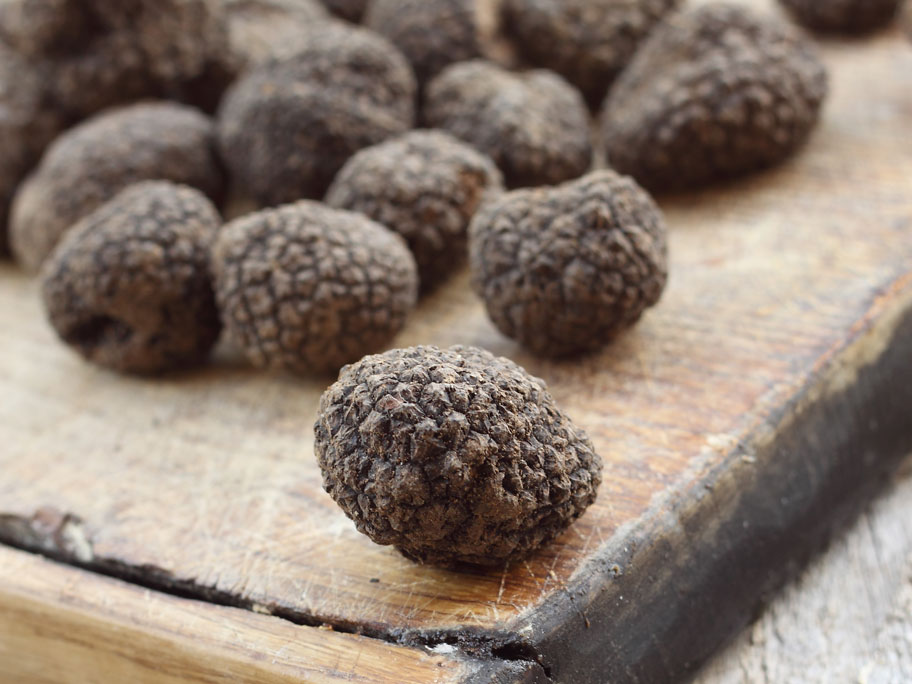 The famous Périgord black truffle of Southern Europe (Tuber melanosporum), universally regarded as the ultimate luxury food, was harvested for the very first time in the Fraser Valley, British Columbia and will create a new industry for Canadian farmers.

“It takes considerable effort to produce truffles in our country, because one has to – as much as possible – duplicate the climatic and soil conditions of Southern Europe. It has been done in Australia, New Zealand, and the U.S.A. but never before in Canada,” says, Donald Shaw at the Truffle Association of British Columbia. “This is a monumental occasion for the truffle community in BC and across Canada.”

Truffles grow in association with the roots of European Oak or Hazelnut trees. Although they are fungi (mushrooms) they never poke their heads above ground and so must advertise their presence by their smell, which wafts up from their location, 2 to 10 inches underground. Humans, of course, do not have a strong sense of smell, so dogs are used to locate the truffles. The dogs as well need to go through a multi year training process, hunting sample truffles placed further away as training progresses.

Dr. Charles Lefevre, owner of New World Truffieres, based in Eugene, Oregon, supplied the inoculated trees for both the orchard in Abbotsford, British Columbia, and the one in the Willamette Valley, Oregon.