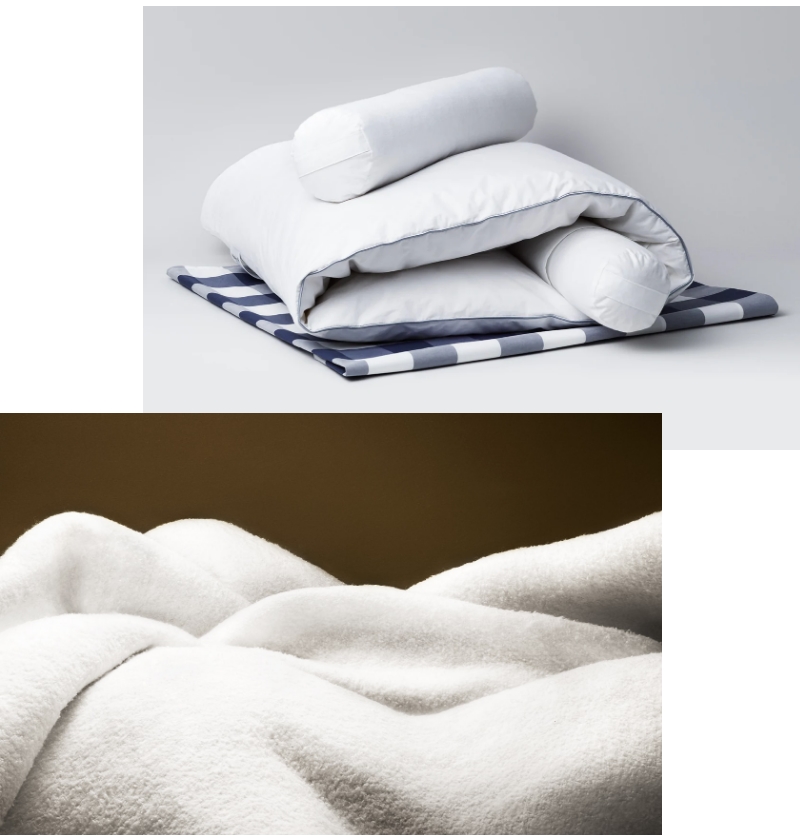 As far as sleeping tips go, selecting the right pillow comes a close second to choosing the right bed. Here’s Hastens guide to finding the right one, and what to do with it when you have. photos: @hastens.com/en/sleep

This article titled “How to clean your bed: ‘If you didn’t wash it for a year it would be a kilo heavier from dead skin'” was written by Natalie Parletta, for theguardian.com on Thursday 8th October 2020 16.30 UTC

Do you treat your sheets like a cast iron skillet? Mainly wiped down, occasionally rinsed, never with detergent?

Or perhaps, like this TikTok user’s boyfriend, you’re hanging on to a decade-old set of pillows that have never seen a splash of water.

Homebound and hygiene-conscious, we’re paying more attention to keeping things clean in the bedroom. And while most people probably don’t “season” their sheets, many of us aren’t cleaning our beds as often as we should be.

Is that just plain gross or is it a bigger problem? According to respiratory expert Professor John Blakey from Sir Charles Gairdner hospital in Western Australia, “If you didn’t wash your bedding for a year it would be more than a kilo heavier just because of dead skin.”

It gets worse. Little microscopic dust mite arthropods (like spiders), thrive on these skin cells, particularly on pillows because they love the humid environment. “More than 10% of the weight of the manky pillows will be hundreds of thousands of dust mites and their droppings,” Blakey says. Even if that doesn’t unnerve you, it can be problematic for the millions of Australians who have asthma. Dust mite allergy can also cause all-year-round hayfever-type symptoms.

Related: From mouldy showers to junk drawers: how to clean the 10 things annoying you most

Other microscopic lurkers that flourish on sweaty old bedding include bacteria that can alter the lungs’ microbiome and lead to infections or interfere with inhaled drugs, says Blakey, along with allergy-causing fungal spores such as Aspergillus fumigatus that can trigger asthma. And to complete the cycle, it’s thought these little spores, which are most commonly found in pillows, might feed on dust mite droppings.

Bed bugs are not as common in Australia as they are elsewhere, but infestations are increasing, and the resulting red welts could be mistaken for eczema. Even skin conditions such as eczema and dermatitis can be exacerbated by bacteria that lurk in unwashed bedding, according to dermatologists Dr Steven Shumack from Central Sydney Dermatology. Exposing infected skin to sheets can also cause reinfection. Other nasties to look out for that can hang out in sheets and pillowcases are staphylococcus and scabies.

So, freshly laundered bedding clearly has more perks than the exquisite smell of clean sheets. But when and how should we clean it?

Although there is no hard and fast rule, the consensus is that sheets and pillowcases should be washed each week. “I’d be a little worried if people weren’t washing their bedding approximately weekly,” says Blakey, and only a hot wash will kill mites and fungi. The National Asthma Council recommends washing in water hotter than 55C. Failing that, they suggest hot tumble drying for 10 minutes or washing in cold water with a product containing tea tree or eucalyptus oil.

Opening the windows and airing sheets in the sun are also recommended. Shumack suggests people with skin conditions wash even more often, adding that ironing sheets and pillowcases can also help sterilise them.

It should be noted that sweat – and urine – contains urea, which can react with cleaning products and form compounds called nitrosamines which trigger asthma. The best evidence so far in this regard points to bleaches, so it is better to avoid cleaning agents that contain chlorine. Pouring bleach into a bathtub to clean filthy pillows as in the TikTok video “might well make someone wheezy”, notes Blakey. People with skin rashes can also react to certain cleaning products, says Shumack. This can be alleviated by making sure the bedding is rinsed well after washing to avoid any residue.

Related: The cheek of it! 11 recipes to celebrate the start of Australian mango season

The Good Housekeeping Institute suggests pillows should be washed every six months. But as they are hotspots for dust mites and their teeny friends, Asthma Australia recommends washing and drying them thoroughly each month.

Most pillows will come with cleaning instructions on their tags, so it’s best to follow the manufacturers directions – but if you’ve cut your pillow tags off (or never had them to begin with) down and synthetic pillows can typically be machine washed, while memory foam pillows should be soaked with gentle detergent, rinsed, gently squeezed then left to air-dry.

To keep mites away, the National Asthma Council recommends covering pillows, as well as mattresses and quilts, with mite-resistant cases – which is no substitute for washing them regularly.

Asthma Australia suggests replacing pillows when you notice they’re starting to lose their lustre, while some manufacturers suggest doing this every couple of years.

Doonas – and likely other covers like blankets – can also collect dust mites, so these should be at least aired, and ideally washed, regularly. Many doonas and covers are dry-clean only, so pay close attention to the manufacturer’s directions.

While some manufacturers suggest replacing doonas every five years, there’s no hard and fast rule about this, and the lifespan of your duvet will likely depend on how often you wash it.

Either way, if you do want to get rid of your doona or pillow, Friends with Dignity gratefully accept them.

There are other options, too. “The crafty ones among us can upcycle them into large floor cushions, door stops or use for packing and moving,” says Ryan Collins, head of Circular Economy Programs at Planet Ark. Unfortunately, they are not recyclable so will otherwise need to go in the bin.

“If you can’t remember when you bought your mattress, get a new one!” says Blakey. He also recommends vacuuming your mattress when you’re hoovering the floors, and for sensitive people, using allergen-impregnable covers to help avoid contact with dust mites and their droppings.

Disposing of mattresses can cause other problems, though. Collins says 1.6 to 1.8 million are thrown out every year in Australia alone. Only half are recycled, so the rest end up in landfill. This is a problem because they are hard to compact and take up a lot of space. And most of their components, such as wood, foam, fabric and steel springs, can be recycled. “By not recycling these materials we’re wasting the resources, energy and water that went into making the product in the first case,” says Collins.

Many councils around Australia provide mattress recycling services, although there may be a fee, and some mattress retailers or brands have a return service. If the mattress is in good condition, it can be cleaned and reused or donated to charities. Householders can search RecyclingNearYou.com.au for drop-off and pick-up services, and businesses can search BusinessRecycling.com.au.

Even though these measures can help keep mites and other little lurkers at bay, all-round cleanliness certainly helps. Blakey says not to forget about exposure from other sources like sofas, rugs, clothes and office chairs. “Just having a clean bed isn’t going to be a cure-all.”