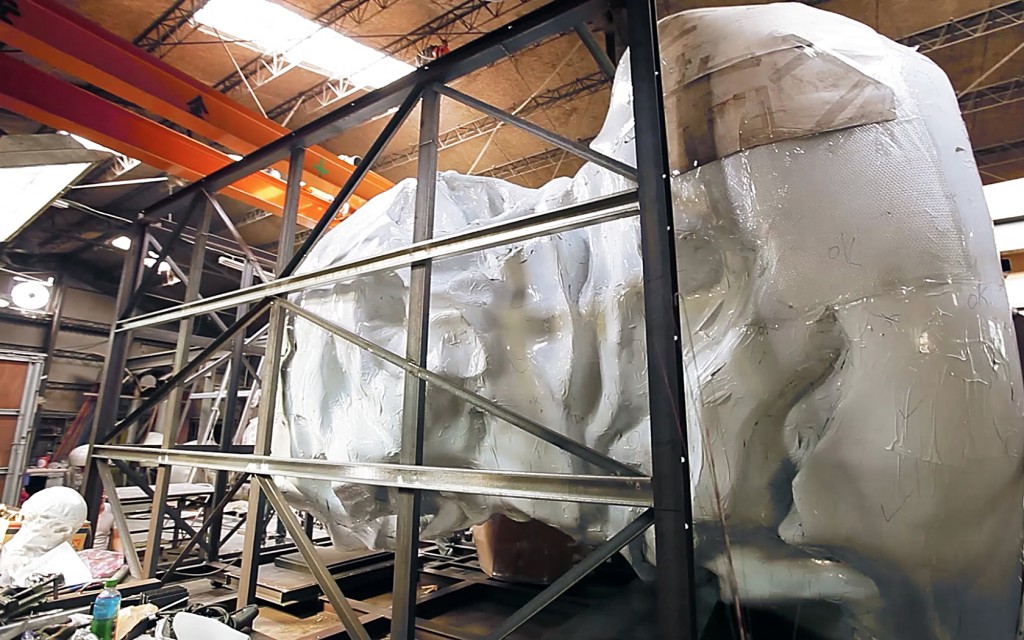 With a height of five meters and a weight of around ten tons, the inverted portrait of Louis Chevrolet, a race driver, engineer and co-founder of the Chevrolet car brand, will become Switzerland’s largest steel bust. The stunning artwork of Christian Gonzenbach, a Geneva-based artist, honors Swiss-born brand co-founder Louis Chevrolet and marks Chevrolet’s Centennial.

From there, the steel bust continued its journey through Europe to its final destination, the Swiss city of La Chaux-de-Fonds, where Louis Chevrolet was born.

“While Louis Chevrolet crossed the Atlantic to realize his dream, this sculpture in his honor will undertake a similarly epic journey. We look forward to welcoming it in Europe in a few weeks from now,” said Christian Gonzenbach. Production of the giant abstract portrait of Louis Chevrolet began in October 2012. It involved casting and welding of 71 pieces of stainless steel in a specialized foundry. The complex shapes were then hand-polished, resulting in the desired ultra-smooth and shiny surface.

“It is his life that I find fascinating. Louis Chevrolet in many ways embodies the American dream: He left Europe when he was 20, was a very skilled mechanic, became a race driver, engineer and designer and co-founded a motor company. Later in his life, he lost everything. For my part, I never imagined becoming an artist when I was a kid. I doubt Louis saw himself as a racing champion during his own childhood. Chevrolet had almost certainly never seen a car. But now his name is so closely linked to the automotive world. Louis Chevrolet was an inventor and among the first to produce certain aluminium pieces to save weight. This idea of continuous research is something I can easily identify with,” said Gonzenbach.

The inauguration of the artwork will take place in La Chaux-de-Fonds, a UNESCO world heritage site and Swiss watchmaking center, in early October. The event will conclude a series of initiatives that marked the one hundredth birthday of Chevrolet, the world’s fourth largest car brand, in 2011. 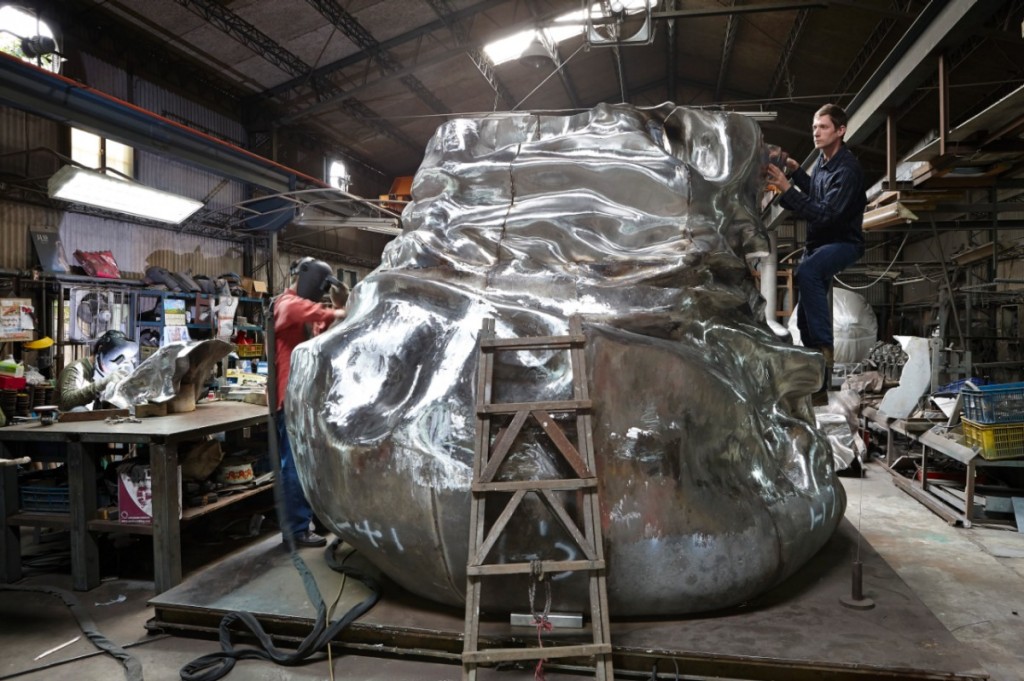 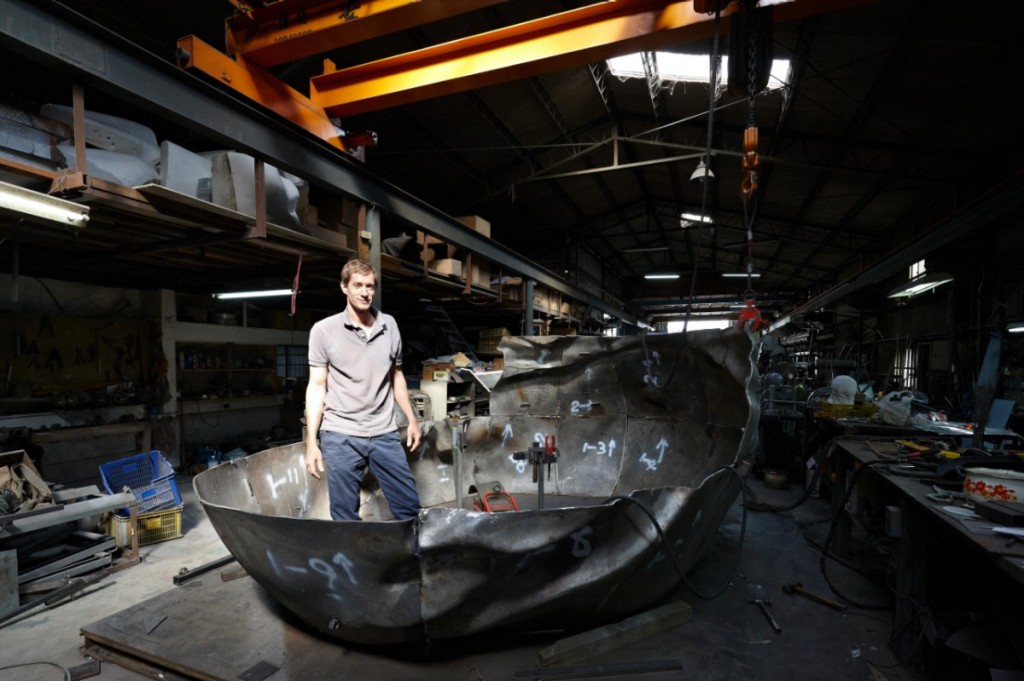 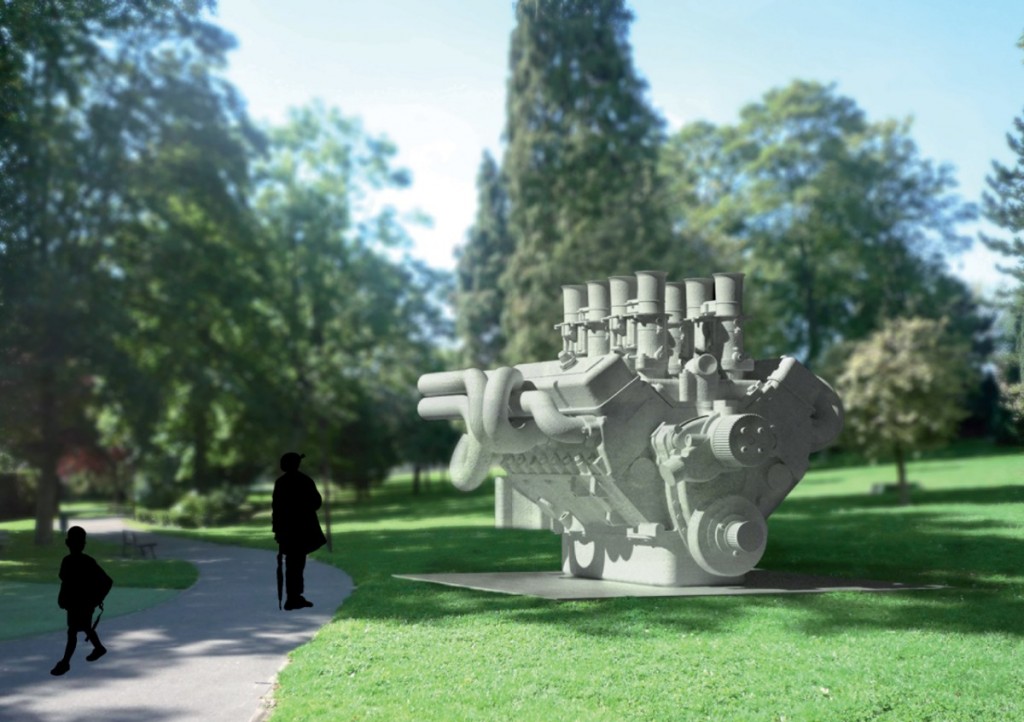 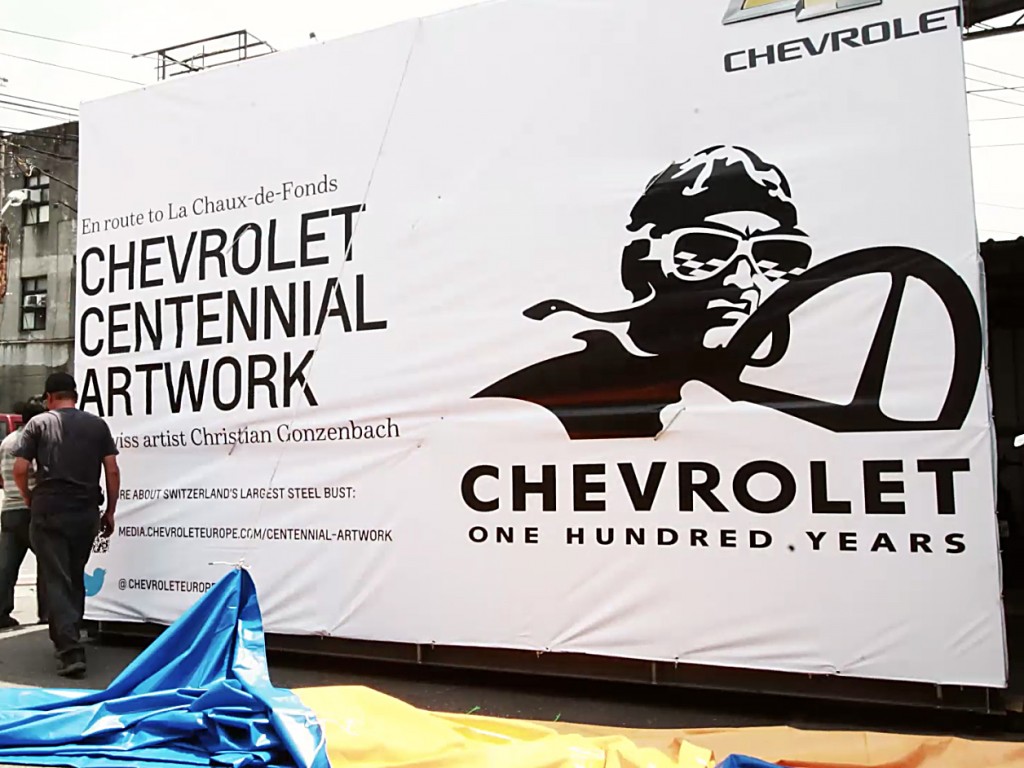