Open until late at the intersection of Mayfair and Soho at Hotel Café Royal, the new Ziggy’s cocktail bar features a curated gallery of intimate portraits of David Bowie by his long standing photographer and friend Mick Rock. 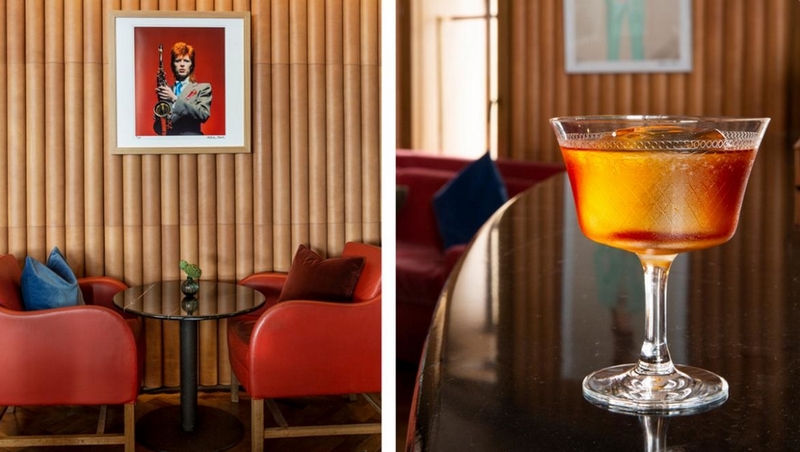 The year is 1973. David Bowie retires his dramatic alter ego Ziggy Stardust with a final gig at the Hammersmith Odeon. What follows is a legendary party at London’s Café Royal, a favourite of Bowie’s where he often frequented the restaurants and cocktail bars. Close friends including Mick Jagger, Lou Reed, Paul McCartney, Lulu and many others celebrate at the bash dubbed ‘The Last Supper’.

Evocative of the spirit and splendour of this night, the new Ziggy’s bar pays homage to the late great Bowie, 45 years on. The cocktail list is an eclectic mix of classic cocktails reinvented and Bowie’s favoured tipples, all served with lots of glam and a sprinkling of rock n roll. Just like the man himself, the cocktail creations are unique and full of character, from the smooth ‘Tiger on Vaseline’ to the lively ‘Darkness and Disgrace’.

“Ziggy’s is not the first bar to be inspired by Bowie – earlier this year, New York’s BKW by Brooklyn Winery launched a cocktail menu inspired by the many personas of the musician,” wrote thespiritsbusiness.

“Café Royal has always been the place where great minds would come to discuss great ideas. David Bowie played a really important part in Café Royal’s history, with the famous Last Supper taking place here. It only seems fitting to provide a homage to one of our most esteemed patrons,” said Fabio Spinetti, the hotel’s bars and beverages manager. 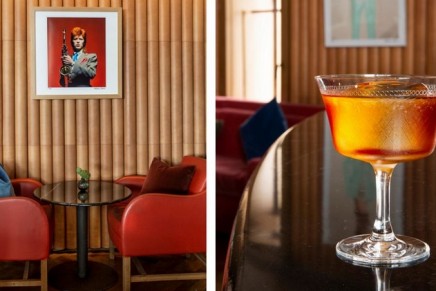