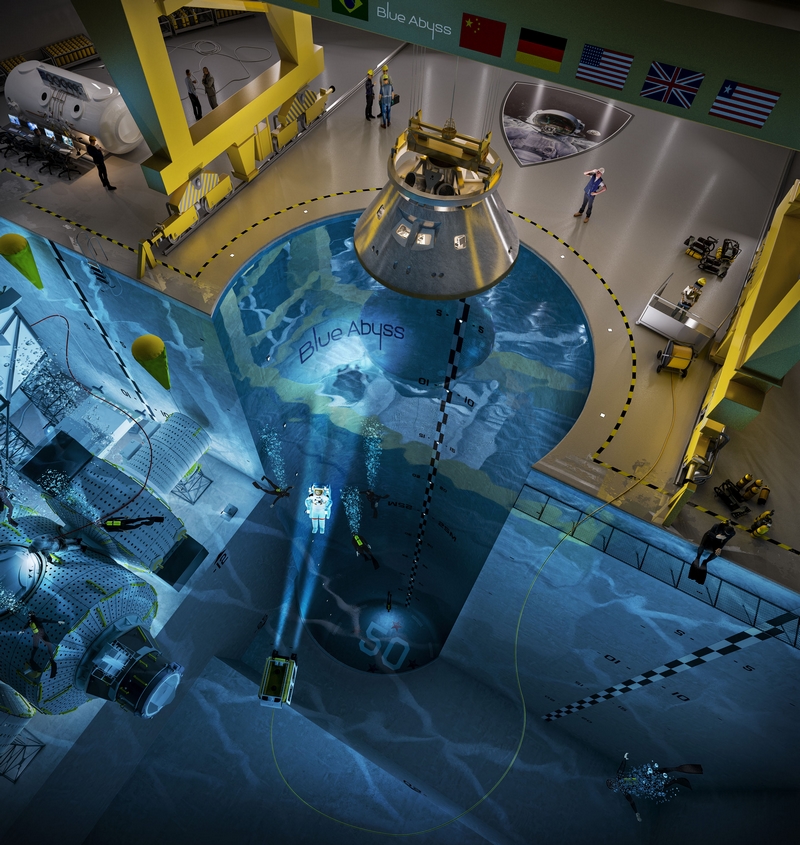 The largest and deepest indoor pool in the world planned in England’s Cornwall. The pool holds 42,000 cubic litres of water, or 42 million litres. That’s enough to fill 17 Olympic-sized swimming pools or make 168 million cups of tea.

The world’s biggest and deepest pool for testing the latest underwater technology, helping advance subsea robotics and even training astronauts is being planned in Cornwall. The pool’s temperature, lighting and salinity can all be controlled to simulate different conditions, including different currents at varied depths.

Blue Abyss, a £150 million facility which has the support of British astronaut Major Tim Peake, will be the world’s leading extreme environment research, test and training centre serving the offshore energy, marine, defence and space sectors.

It is planned for the Aerohub Enterprise Zone at Cornwall Airport Newquay, and is expected to create 160 jobs, pump £50m of build costs into Cornwall during its 18-month construction and generate £8m annually for the local economy.

Blue Abyss will appeal to a range of markets by simulating extreme environments in a safe and controlled setting and
include the world’s first commercial astronaut training centre. Other markets span offshore energy, maritime defence, ocean ecology, human life sciences and commercial diving, and will help in the further development of remotely operated subsea robots and mini submersibles.

The centrepiece of Blue Abyss is an aquatic centre featuring a 50m by 40m stepped pool with a 50m deep shaft. The pool holds over 42,000 cubic metres of water – the equivalent of 17 Olympic size swimming pools or 168 million cups of tea – making it the largest and deepest indoor pool in the world.

Blue Abyss is the brainchild of ex-forces diving instructor and management consultant, John Vickers and has the support of British astronaut Major Tim Peake, who sits on the Blue Abyss Advisory Board. The project has been designed by British architect Robin Partington, who led the design team for The Gherkin, one of London’s most striking buildings.

The project is in negotiation with Cornwall Council to acquire four adjacent plots on the Aerohub Business Park, next to Cornwall Airport Newquay. 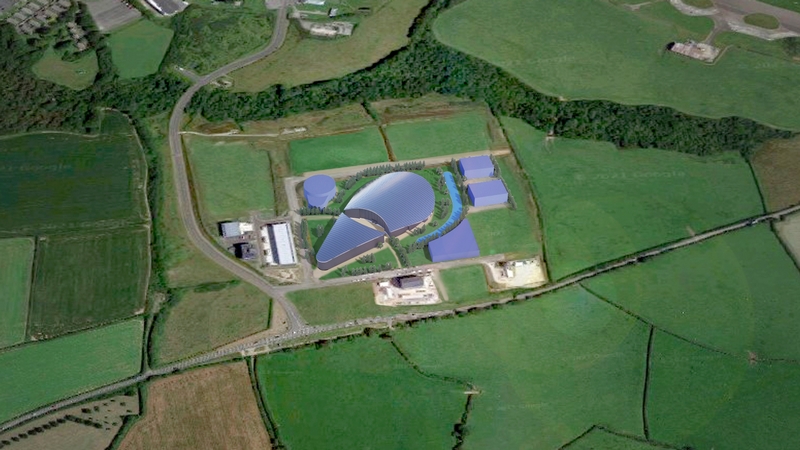 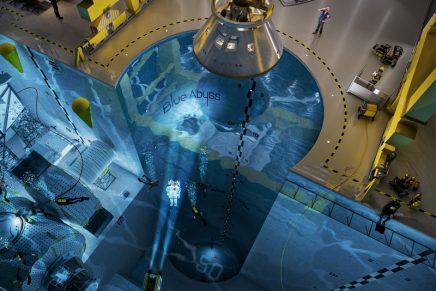 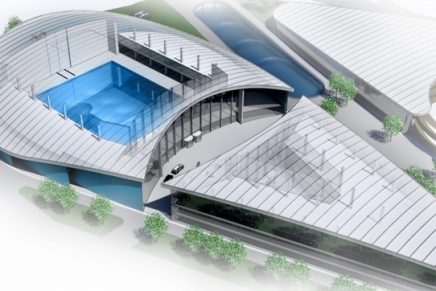 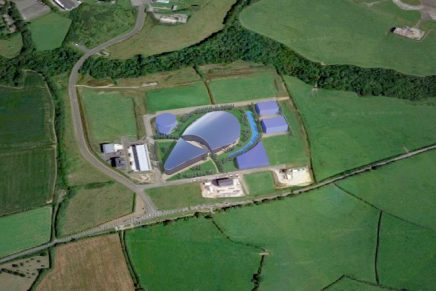