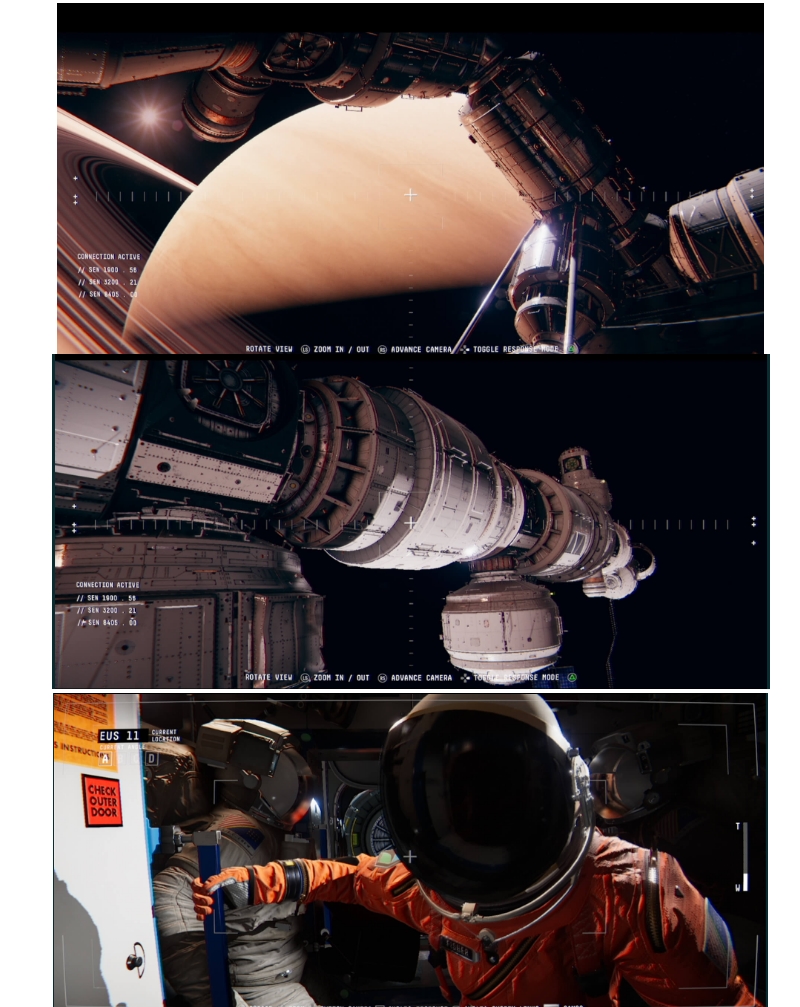 This article titled “Best games of 2019 so far” was written by Stuart Dredge, Keza MacDonald and Keith Stuart, for theguardian.com on Thursday 29th August 2019 07.59 UTC

A frenetic, over-the-top action game about sexy demon hunters, in which you are assaulted by hellish creatures, flashy visual effects and absurdly energetic rock music all at once. It is sensory overload, and an absolute blast.

What we said: “It’s bloody, spectacular and irresistible, all cheesy one-liners, guns, swords and explosions while guitars scream in the background, and it plays like a dream.” Read the full review

What we said: “The rhythm, gradually building from many minutes of quiet exploration and puzzle-solving to gigantic, pulverising boss battles, is exact and beautiful, like some monstrous Wagner opera.” Read the full review

A reluctant archaeologist sets out across a surreal galaxy at the behest of her mentor, visiting strange places and stranger people in pursuit of a lost professor. You piece together the language of an ancient civilisation as you go, but it’s the sturdy writing behind the characters that envelops you in this fiction.

What we said: “A winding but exhilarating galactic sojourn that differs from linear fiction in that it remembers and adapts to every choice and every path you follow in order to build a story acutely individual to the player.” Read the full review

A detective story set in a parallel-universe version of the 90s internet, at once nostalgic and wildly weird. You play an enforcer trying to track down illegal behaviour online, discovering a hilarious range of fictional internet subcultures as you work.

What we said: “Rather than lazily pastiching the ugliness and awkwardness of turn-of-the-century web pages, it really conjures that time when the internet was a place to go rather than a liminal omnipresence.” Read the full review

Slice through nightclubs, dodgy warehouses and hotels full of crime-lord goons as a drug-addicted samurai with the power to rewind time. Stylish in both form and substance, like a video-game reimagining of Drive, it has enough narrative intrigue to pull you through its story at breakneck speed.

Slick, colourful and unrelenting, Apex Legends burst into the battle royale genre dominated by Fortnite and attracted 25 million players before a week had passed. Crammed with chunky weapons and wild characters, it is an absolute blast.

What we said: “This is the battle royale genre pitilessly trimmed to its wildest moments, where every encounter is a riot of explosive jump-cut hyper-violence. It is not for the faint of heart or slow of trigger-finger.” Read the full review

A supernatural-tinged samurai game centred on nerve-jangling, steel-meets-steel sword combat and themes of undeath, Sekiro is an extraordinary game that reveals more of its brilliance the longer you play – if you can rise to its very high difficulty level.

What we said: “If you have the time and dedication to throw at its mountainous challenges, you will find here an exquisite game whose subtle themes, gradually unfurling mysteries and beautiful samurai-period sights reward the determined and skilled player.” Read the full review

What we said: “This is a game about gradually and fearfully charting a vast, hostile space, not brashly conquering it. And there are wonderful and terrible sights out in the farthest reaches.” Read the full review

It’s the sense of place that makes Metro Exodus stand out among shooters: its postapocalyptic Russia is evocative and the pace of play is often slow and tense. You’re as likely to die because of a crack in your visor as at the hands of some mutant creature.

What we said: “Metro Exodus’s narrative explores where and how people look for hope when the world has ended … a world stunning in its devastation.” Read the full review

The seminal interactive fiction series draws to its violent, shocking and engrossing conclusion with teenage hero Clementine seeking to save a younger child from the undead hordes. But can anyone really survive?

What we said: “By investing in its characters’ personalities and motivations and making each fight a real struggle for your life, The Walking Dead makes violence more meaningful.” Read the full review

A short, surreal comedy game about a red blob with long, wibbly legs, this bite-size platformer has the freewheeling, almost improvisational feel of late-night animation, or a weird kids’ TV show that you saw once on holiday in Sweden and can never quite be sure you didn’t dream up.

The work of lone Finnish designer Arvi Teikari, Baba Is You is an innovative meta-puzzler where the rules of each level are displayed as blocks on the screen: move them around and you create your own rules and your own solutions. Mind-bendingly brilliant.

What we said: “Baba Is You is an invitation to play the role of a chaotic god, rewriting the rules of the universe … From this simple premise, Teikari spins dozens of ingenious challenges.” Read more

The undisputed heavyweight of gore-splattered fighting games returns for an 11th bout of spine-ripping, eye-gouging punch ups. With a fresh selection of horrific finishing moves, it certainly hasn’t mellowed with age.

What we said: “Comfortably the best Mortal Kombat in a long time. Played competitively against another person, it’s great, and the single-player experience is the most accomplished of any recent fighter.” Read the full review

Combining the open-world space exploration genre with the movie Groundhog Day, this singular adventure asks players to attempt to solve an ancient mystery before the nearby sun goes supernova – but every time it does, you wake up at the start of a time loop, ready to make more progress. Offbeat and exceptional.

Nintendo’s wonderful do-it-yourself platform game design tool returns with fresh features and a generous story mode filled with interesting, challenging and innovative levels designed by the company’s own team using the same toolset as players. The ability to co-operate on designs then easily share them online adds to the ethos of creativity and community.

What we said: “An idiosyncratic joy – a brash, clever, juvenile head-trip, messy at the edges but all the more likable for it.” Read the full review

A space station adrift. A lone crew member in peril. A mission that’s not what it seemed to be. Observation’s setup is familiar from plenty of science fiction, but this clever, creepy, extraordinary game is transformed by its perspective: instead of playing as the endangered human, you are the AI that runs the space-station mainframe, looking on through fuzzy cameras as astronaut Emma Fisher tries to figure out what’s gone so terribly wrong.

What we said: “Observation has the formal innovation of something like Her Story; it’s an idea so good that you wonder why it hasn’t been done before. It’s unsettling and unconventional, and I was totally unable to turn away.” Read the full review

The longrunning real-time strategy series brings its epic simulated warfare engine to ancient China as 12 warlords compete to dominate and unite the country. Intricate battles mix with subterfuge and political alliances to provide a nuanced challenge.

What we said: “A wonderfully torrid period epic that understands the greatest stories are written about people, not empires.” Read the full review

One or two players must think their way through 270 levels, using the judicious placement of boxes to scale heights, block hazards and make progress. Japanese studio Hal Laboratory has been making wonderful, deceptively simple puzzle games for almost forty years, and its latest is a masterful continuation of that legacy.

The block-sorting classic gets reinvented for a new generation by puzzle game maestro Tetsuya Mizuguchi. The familiar concept of stacking tetrominoes so that they fill the gaps and cancel each other out is enhanced with interactive music and visual effects to create a beguiling audio-visual experience.

What we said: “Euphoric is the best word for Tetris Effect. It makes my skin tingle and my mind sink into a state of receptive bliss.” Read the full review

The grand tactical role-playing adventure returns, this time pitting three regal households against each other in a quest to rule the land. Players swap between battlefields and academy classrooms in a mix of war and romantic entanglements.

What we said: “By turns grandiose and silly, but always engrossing, this bubbling school soap opera is a game to spend a summer with.” Read the full review

The creator of groundbreaking interactive movie Her Story returns with a structurally more complex adventure in which players study CCTV and phone camera footage of four untrustworthy protagonists, all involved in a drama of duplicity.

What we said: “[The] seemingly unending web of possibilities makes Telling Lies a brilliant detective story.” Read the full review