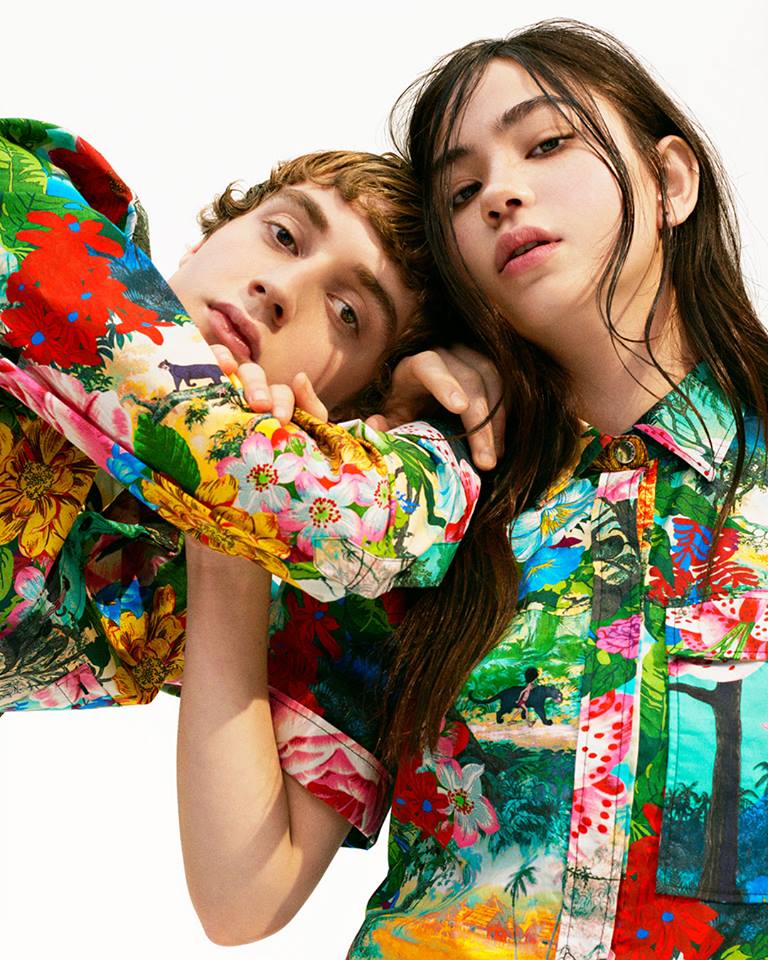 This article titled “Beautiful, dark twisted fantasy: why fashion fell for the folklore image” was written by Priya Elan, for theguardian.com on Thursday 7th April 2016 05.02 UTC

When Sarah Burton unveiled her McQueen collection at London Fashion Week, the highlight was the otherworldly unicorn dress: whimsical and theatrical, it looked like it was made for a production of Midsummer Night’s Dream. A few days later, the Oscars red carpet suggested a bunch of LA stylists had been binge-watching the Disney channel. Stylistic nods were all around, most notably from Alicia Vikander dressed like a double of Belle from Beauty and the Beast.

Asos buyer Ian Amer thinks that it’s nostalgia at play. “Everyone grows up listening to stories of princesses, princes, witches and dragons. Those references stay with you throughout life. Who doesn’t want to be a unicorn?”

The internet played a big role in the popularity of this imagery. You’re only a click away from encountering a folklore creature on Tumblr or YouTube. “Bloggers have had a massive effect on the popularity of folklore imagery,” says fashion and lifestyle blogger Charlotte Evans, who runs Ever In May. “I have an Etsy store and my unicorn phone case is the store’s most popular design.” The mermaid meanwhile, was repopularised thanks in part to Seapunk. “It came up through Tumblr and underground club/ball culture,” says Nylon’s editor-in-chief Melissa Giannini. “It’s rooted in a nostalgia for a pre-internet world. Think Lisa Frank imagery and My Little Pony.”

In the context of the fashion industry being in a state of organisational flux, though, the imagery takes on a different meaning. “I think it’s our way of maintaining whimsy in an increasingly cynical and toxic climate. So we turn to escapism,” says pop culture writer Anne T Donahue.

Prof Karen Pine, author of Mind What You Wear, says that people internalise the characteristics associated with items of clothing. In times of change folklore figures, with their magical, mythical powers, become ones to emulate. “They go beyond the mere mortal,” she says. “They are aspirational.” Frank says it also relates to the ancient idea of the “charm gown”, the item of protective clothing which they believe can protect them from harm. “Maybe, these clothes are not such a far cry from these?” In a time of change, a talisman outfit makes perfect sense. It’s also coded fashion at its most intriguing.