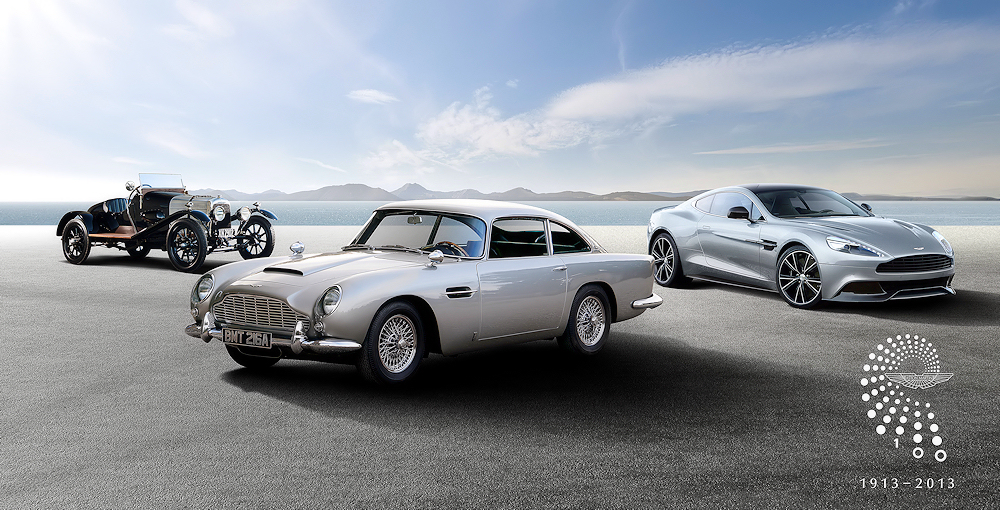 Aston Martin Centenary Tour begins in Europe. Leading the anniversary lineup is the new Aston Martin Vanquish, the ultimate GT and 2013 flagship model of the British luxury brand. Presented alongside the Vanquish is the oldest Aston Martin in existence, the A3 from 1921 which represents the founding legacy of Aston Martin. Both will be accompanied by the iconic DB5 which was first built in 1963. The three special Aston Martins will tour Europe calling in at 19 Aston Martin locations in eight countries.

“This presentation of Aston Martin as a moving history is inspiring because for many this will be their first opportunity to see one of the earliest Aston Martins alongside our new flagship model, the Aston Martin Vanquish. This highlights in a very special way how far Aston Martin has advanced as a strong and independent company one hundred years young into the 21st century.” said Jeffrey L. Scott, Managing Director of Aston Martin Lagonda of Europe.