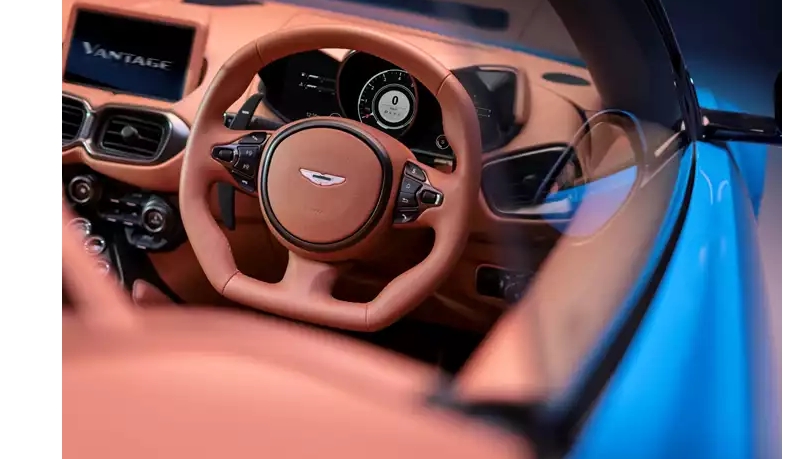 This article titled “Aston Martin confirms sacking of chief after share collapse” was written by Joanna Partridge, for theguardian.com on Tuesday 26th May 2020 07.40 UTC

The luxury carmaker Aston Martin Lagonda has confirmed it has sacked its chief executive Andy Palmer as part of a wider board overhaul, following a collapse in its share price and a slump in sales because of the coronavirus pandemic.

Palmer’s replacement, Tobias Moers, will join on 1 August from Mercedes-AMG, where he is the boss of the German carmaker’s high-performance division.

Palmer had served as Aston Martin’s chief executive since 2014, and the company confirmed his departure after reports over the weekend. Palmer left the company on Monday.

Aston Martin’s shares jumped 40% to 50p on Tuesday after Palmer’s departure was announced.

Neil Wilson, the chief market analyst at the trading platform Markets.com, said the reaction from investors was “a pretty damning indictment of his tenure that the shares jumped this much after news of his sacking.”

He added: “Aston Martin has been one of the worst stock listings in living memory. Things had already got pretty horrendous before this year; the coronavirus outbreak has been the coup de grace.”

Lawrence Stroll, a billionaire who became the executive chair of Aston Martin after leading a £536m rescue deal in March, said: “The board has determined that now is the time for new leadership to deliver our plans. On behalf of the board, I would like to thank Andy for his hard work, personal commitment and dedication to Aston Martin Lagonda since 2014.”

The change at the top comes after a difficult few months at Aston Martin. The British company, best known as the maker of James Bond’s cars, came close to going bust for the eighth time in its 107-year history.

Over the weekend, Palmer told the Financial Times, which first reported the news, that he was unaware he was due to be sacked and declined to comment further.

In the company statement to the stock exchange on Tuesday, Palmer said: “It has been a privilege to serve Aston Martin Lagonda for almost six years. The launch of many new products including the new DBX demonstrates the dedication and capability of our employees.

“I would like to thank my management team and all the staff for their hard work and support, particularly during the challenges presented by Covid-19.”

Stroll agreed in recent weeks to inject more than £75m in short-term funding to enable the company to fight off a cash crunch as it battled stock market turmoil.

The carmaker has been further hit by the coronavirus pandemic, which forced it to close 90% of its dealerships around the world and caused its sales to plunge.

Earlier this month, Aston Martin reported a loss of £119m for the first quarter of the year, which pushed its shares to a record low.

The company said Moers had a track record of turning businesses around and Stroll added: “He is the right leader for Aston Martin Lagonda as we implement our strategy for the business to achieve its full potential.”

Aston Martin, like other European carmakers, was forced to stop production for several weeks because of the coronavirus crisis. It closed its two factories at its main site at Gaydon in Warwickshire and its facility at St Athan in south Wales, which had been preparing to start production of its DBX SUV.