What do the Four Seasons George V Paris, The Peninsula Shanghai, The Ritz-Carlton, Tianjin, Four Seasons Hotel Firenze, The Savoy in London, Waldorf Astoria in Beverly Hills, and Jade Signature in Sunny Isles Beach have in common (besides offering five-star luxury)? Their designer: Pierre Yves Rochon. The terraces of these residences distinguish Jade Signature from all other beachside Miami towers; photos: jadesignaturecollection.com

Rochon, hailed as the “master of grande luxe” by Financial Times’ “How to Spend It,” who has also designed restaurants for several Michelin Star chefs, and whose residential work includes sumptuous private homes across Europe, America, and the Middle East, delighted residents and guests of Jade Signature — arguably one of the most spectacular oceanfront residences in the U.S., developed under the leadership of husband-and-wife team Edgardo and Ana Cristina Defortuna of Fortune International Group — with a book signing and panel-style discussion about the art of “interior splendor.” 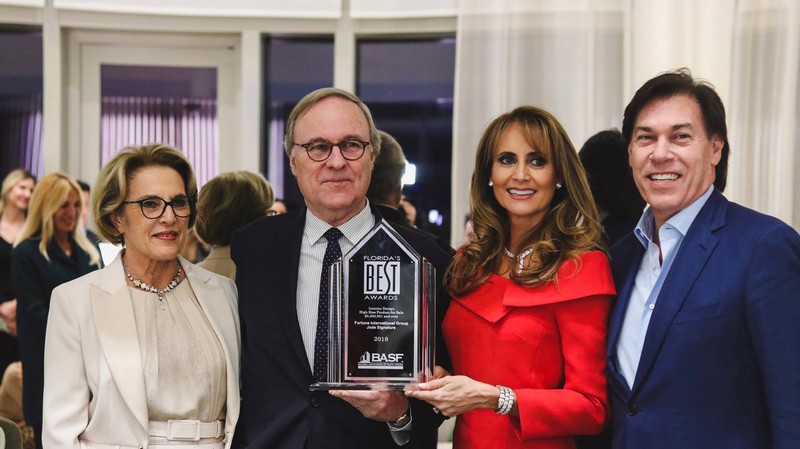 A resident of Paris, Rochon, together with his eponymous firm, PYR, is highly sought-after for his ability to magnificently blend international styles, borrowed from both modern and classical influences. His career, inspired by the work of legendary designers David Hicks and Maison Jansen, has been underscored by his seamless ability to adapt his work to the environment in which it unfolds, bringing out the location’s unique spirit. For the last 30 years, and as evidenced through the interiors of Jade Signature, he has devoted his life to the quest for “absolute comfort.”

At Jade Signature, Rochon designed the common areas of the building, including the lobby, library, and Club Room. He assembled a stunning mix of furniture, incorporating a number of pieces he designed himself, as well as furniture from some of the world’s most luxurious designers, such as Hermès and Roche Bobois. The interiors of Jade Signature have been beautifully complemented by landscaping by Raymond Jungles, who transformed the property into a beachside oasis — complete with a 60+-foot-tall kapok tree. Resort-style features are hallmarks of the building, including a stunning beachfront deck with an organic, zero entry free-form swimming pool, a 100% natural spa by Tata Harper, and secluded cabanas. 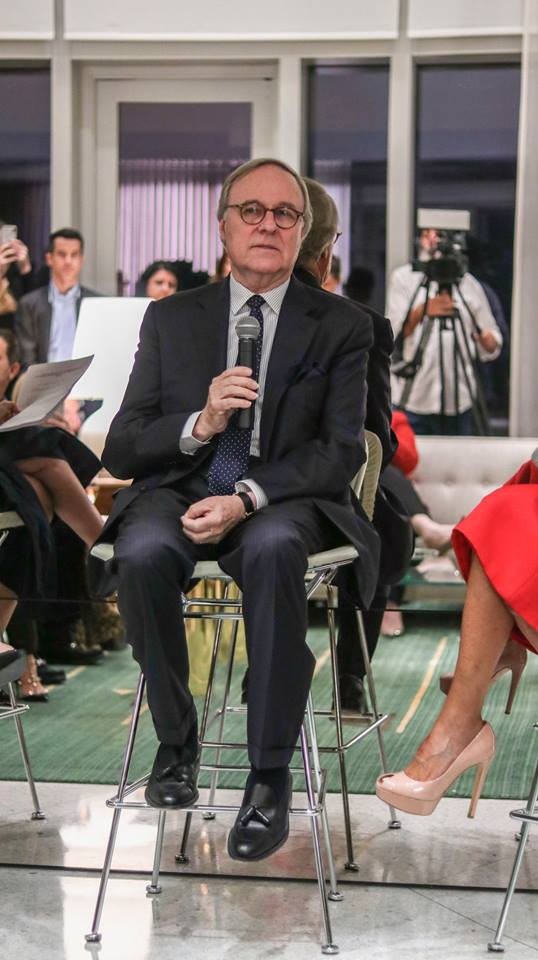 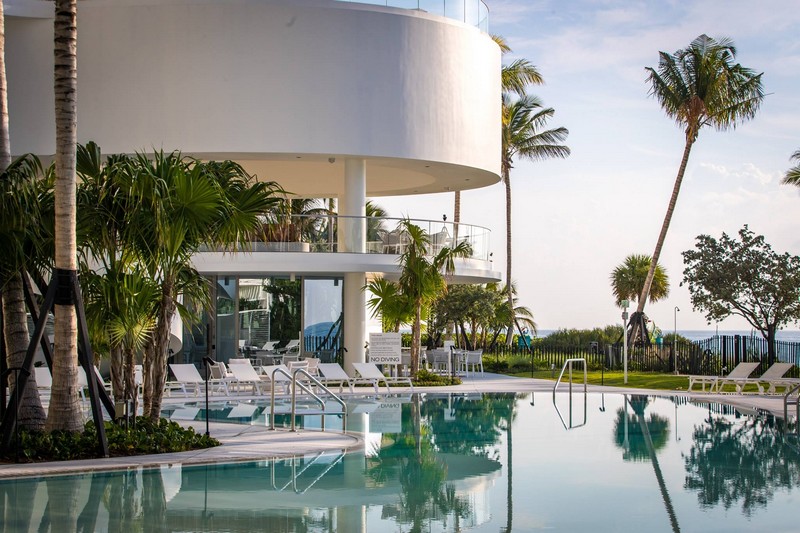 Nearly sold out, Jade Signature, located at 16901 Collins Ave., has a limited number of residences remaining among its most luxurious units. Known as “The Collection,” the portfolio is a compilation of two-story Sky Villas and penthouses, ranging from $12.9 million to $29.5 million. The Sky Villas offer stunning features, such as flow-through views, expansive terraces, private elevators, smart technology, service quarters and PYR-designed bathroom cabinetry. The two full-floor penthouses boast all of these world-class features as well as a private pool, gym and 360-degree views of the Atlantic Ocean, Intracoastal Waterway and the Miami skyline. Additional offerings include three- to five-bedroom residences, with prices starting at $4.3 million.

At the end of the evening, the organizers had a special surprise for Pierre-Yves Rochon when the luxury real estate developers presented him with a trophy from the Builders Association of South Florida Award (BASF) for “Best Interior Design,” one of nine important awards the Herzog & de Mueron created tower has won since its March 2018 opening. 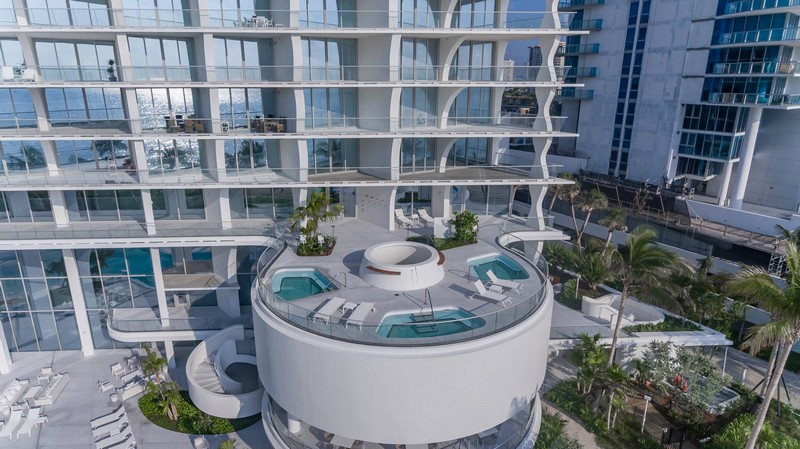 Located on the Spa & Fitness level, residents will enjoy the exclusive Water Therapy terrace, with stunning views all around; photos: jadesignaturecollection.com 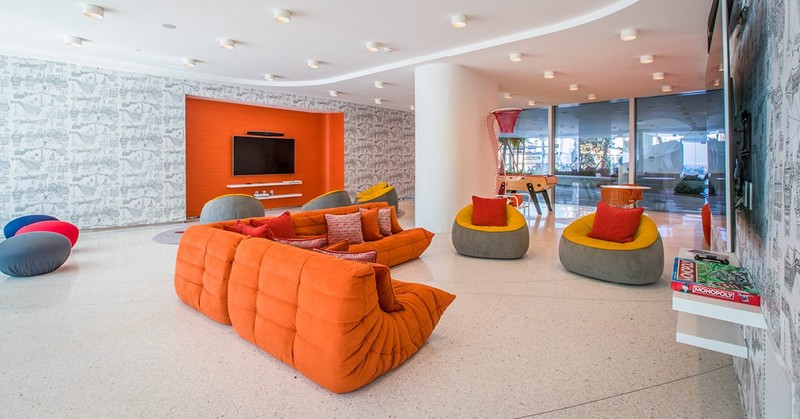 Jade Signature’s slender façade distinguishes it from all other buildings on the Miami skyline; photos: jadesignaturecollection.com 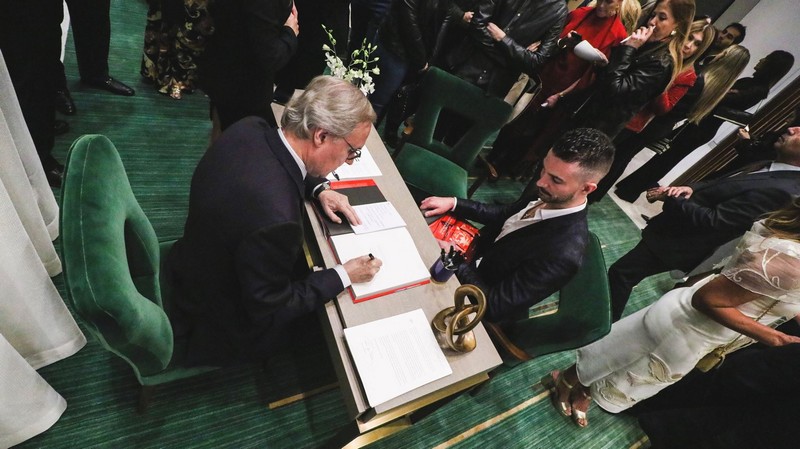 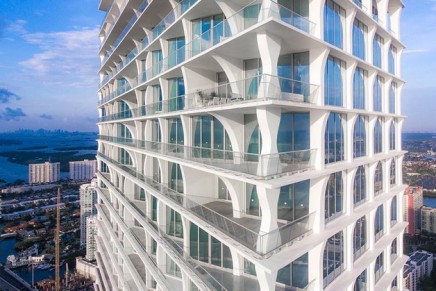 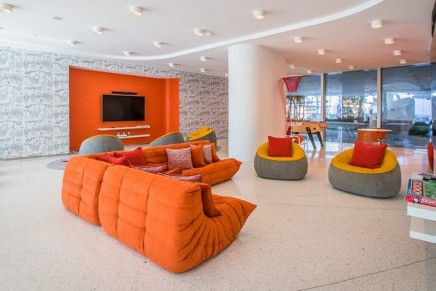 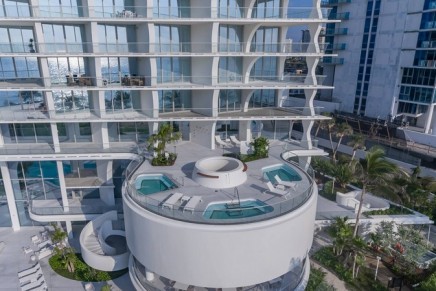 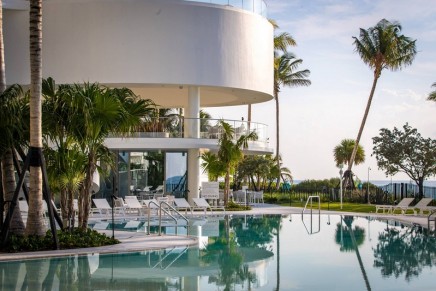 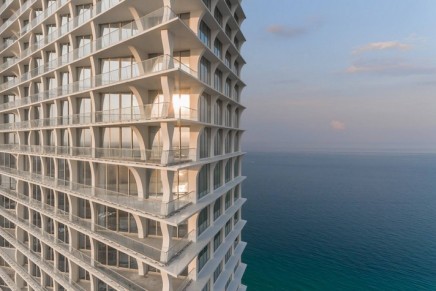 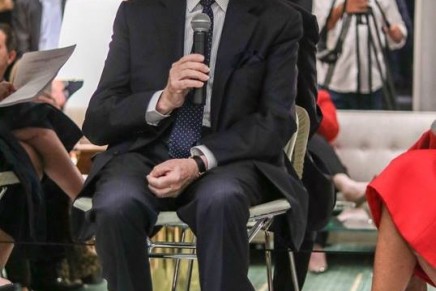 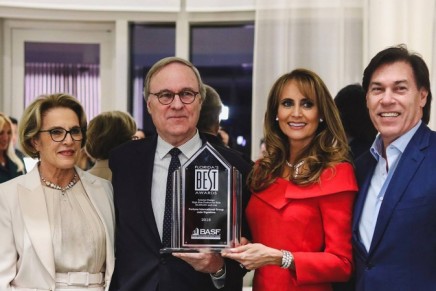 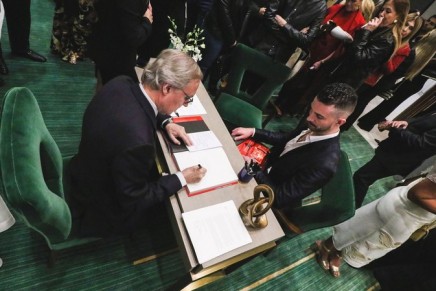