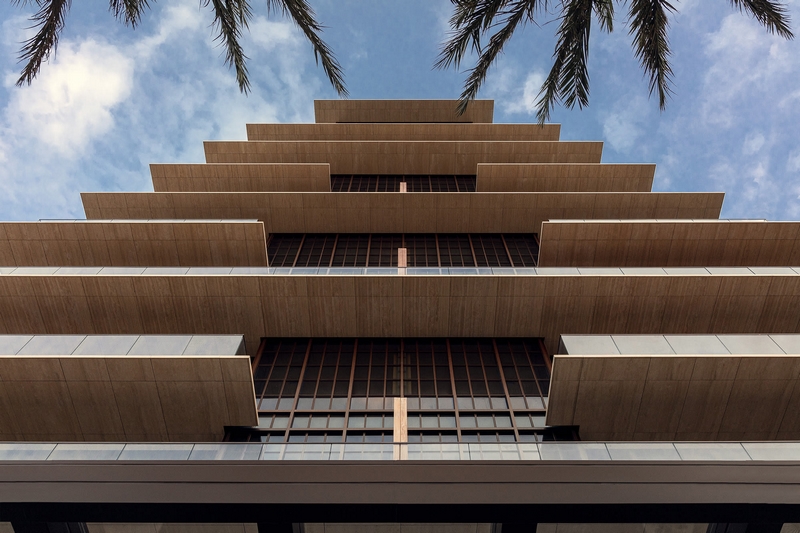 This article titled “Antonio Citterio: ‘A good, truly resilient city is also safe and inclusive'” was written by Antonio Citterio, for The Observer on Sunday 21st June 2020 11.00 UTC

As a designer and an architect, my aim is not creating static and immutable furniture or buildings: I want to create something that talks of our daily life. Then creativity becomes a means to solve problems, and I like to solve problems. All design should be done for quality of life. Design isn’t just a statement – it should be something more.

Cities around the world are now experiencing continuous population growth, which requires adequate land-use and infrastructure planning – in other words, they need to be resilient. The idea of resilience originated in ecological research and was popularised by the Canadian ecologist Crawford Stanley Holling in the 1970s. Over time it’s become used for urban environments, too: used to describe a city’s ability to adapt to stress and hazard while striving for sustainability. A good, truly resilient city is also safe and inclusive.

It is typically Italian to approach architecture, interiors and products with the same motivation

One way to make a city more resilient is through urban renewal. The regeneration of abandoned areas and the reclaim of neglected public spaces is giving new life to our cities, allowing them to face new challenges. However, I believe that the common notion of urban regeneration should go beyond the simple renovation of buildings and have, as an ultimate goal, the creation of a community. This is why mixed-use buildings and spaces such as public piazzas have a positive social impact. They favour encounters between people, challenge urban segregation and stimulate innovation.

The architecture firm I co-founded with architect Patricia Viel, Antonio Citterio Patricia Viel, has been working on the regeneration of many urban areas: from piazzas in New York to masterplans for reviving entire districts in Milan. We have recently completed the first phase of the Symbiosis Masterplan in south Milan. The aim is to revitalise this former industrial centre, which produced cars and heavy machinery, and adapt it to work as a home for more service industries.

As well as building a new headquarters for the Italian telecommunications company Fastweb, we have collaborated with the landscape designer Carlo Masera to create an open space that stretches between it and the Fondazione Prada art gallery. Adriano Olivetti Square is named after the renowned Italian industrialist and engineer, who believed that profit should be reinvested for the benefit of society, and features everything from copses and gardens to water features.

This surrounding public space and park are designed to create an inviting, inclusive and green environment for work and leisure – responding to an increasing trend for leisure and work life to connect. So the space responds to society’s needs, while fluidity between the inside of Fastweb HQ and the outside is created through large glazed facades opening up to public spaces.

As well as designing buildings, I have a long career of designing furniture such as the Charles sofa for B&B Italia, the Vulcano sofa for Flexform and chairs for Vitra. This, in part, comes from the fact that I am an architect and I have always had a clear idea of the needs of those who need to furnish a space – whether it is an office, home or shop. It is also typically Italian to approach architecture, interiors and products with the same motivation.

This convergence of architecture and design is becoming more visible – not only in my work, but also in the work of other designers and architects. We cannot perceive architecture and design as separate disciplines any more – as they used to be conceived in the 1980s. They are merging thanks to increased teamwork between these two disciplines. Creativity by itself isn’t enough today: the complexity we need to deal with as architects and designers requires a much more varied set of skills, even though creativity remains the starting point. I think if you do something right, you can pass it down to your son or daughter, that’s the way to think of it. The world needs to survive, and with the consumption of energy and pollution and temperatures rising, the next 20 years are so important for our kids. We have to act.