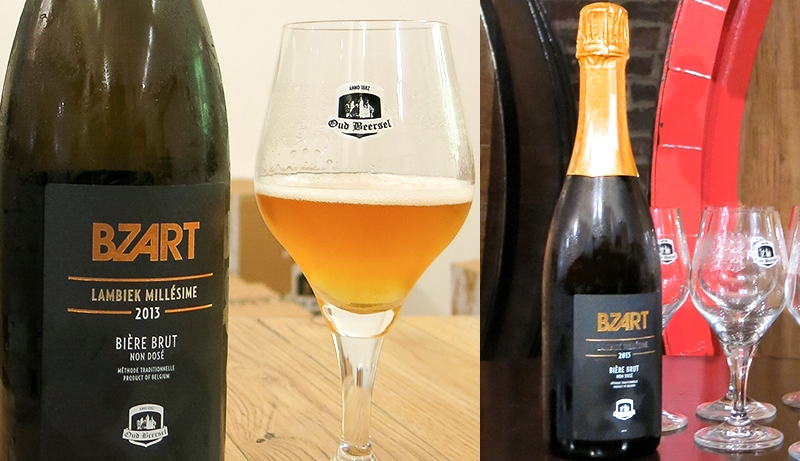 This article titled “£96 a bottle: the exotic beer that is as expensive as vintage wine” was written by Tony Naylor, for The Guardian on Tuesday 4th February 2020 16.24 UTC

News that a Manhattan beer cafe, Treadwell Park, is selling a 750ml bottle of beer for $125 (£96), looks, at first glance, like a familiar story of fools being easily parted from their money. And it is. But it is also more complicated than that.

The beer in question, Belgian brewery Oude Beersel’s Bzart, is an 8% lambic, a wild-fermented ale aged and blended over several years and, in this case, unusually charged with champagne yeast. Lambic production is costly, volumes finite and the US’s growing interest in sour beer means prices have soared, in part due to their increasingly labyrinth distribution.

“There’s huge demand for a very limited supply,” says Jonny Heyes, owner of Manchester’s Port Street Beer House, where some Belgian beers can cost £40. He justifies such prices by making what, in craft beer circles, is a common comparison between beer and wine: “In terms of work and ingredient costs, it’s no different to a £40 bottle of wine and, like vintage wine, blending lambics produces a singular expression of that beer. It won’t be the same next year.”

Lambics are so “niche”, says Heyes, that they barely have an impact on broader beer culture. Let the geeks have their fun. Arguably, though, there is something pernicious in that comparison, in craft beer’s pushing of measured, wine-style connoisseurship over traditional British pint culture. It adds a layer of perceived prestige to beer that is easily exploited to normalise higher prices. Not always justifiably. And for a drink that most consume faster than wine.

This is particularly true in high-end restaurants that now sell refined craft beer in smart glassware, where, due to their imposing 70-90% mark-ups on drinks, you can find yourself paying £9 for fairly ordinary beer. Yes, that cost also covers the restaurant’s rent, business rates, swanky interiors and staff, but that price hike would not have been possible had that false equivalence between beer and wine not become common.

As Heyes concedes, there is now a backlash within craft beer against exotic or limited-edition beers that “end up costing £15 a pint”. “There’s a movement back to: ‘I just want a nice pint for a decent price,’” says a man who, happily, also sells cask ale for a more modest £3.80 a pint. We can all drink to that.