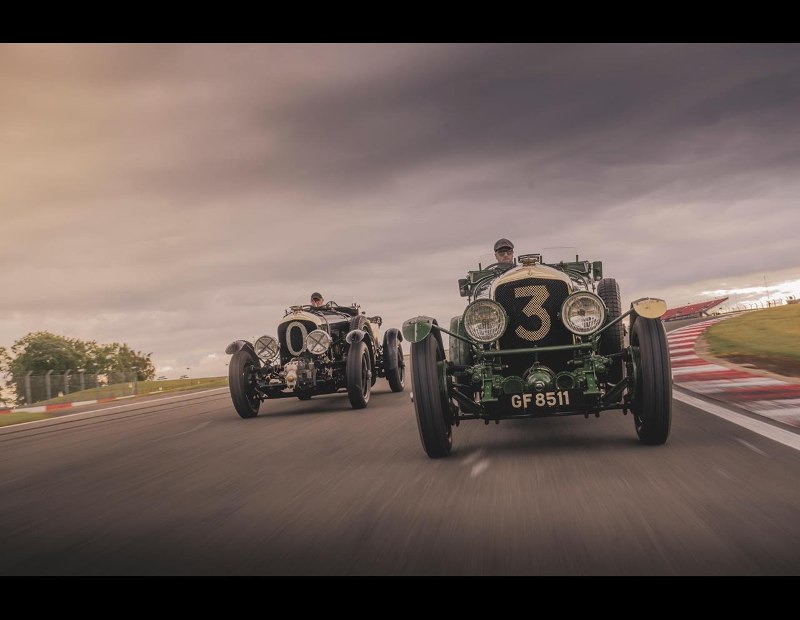 Bentley announces Speed Six Continuation Series, but all 12 cars are already reserved, from £1.5m each.

Bentley Mulliner is to bring the iconic Speed Six back to life with a new and highly exclusive Continuation Series of 12 cars, each mechanically and aesthetically authentic to the Bentley racers that won Le Mans in 1929 and 1930. Created to honour the achievements of the original cars and while continuing to develop and preserve Mulliner’s heritage skills, the new Speed Sixes will become the second pre-war continuation project in the world after the Blower – both created by Bentley Mulliner.

The most successful Bentley racing car of its era, the Speed Six is regarded as one of the most important Bentleys in history, not only further demonstrating the marque’s world-beating performance credentials but also proving the concept of the Grand Tourer – a fast car that remained comfortable and luxurious, and capable of covering huge distances with ease. Every Bentley since has followed the same ethos. 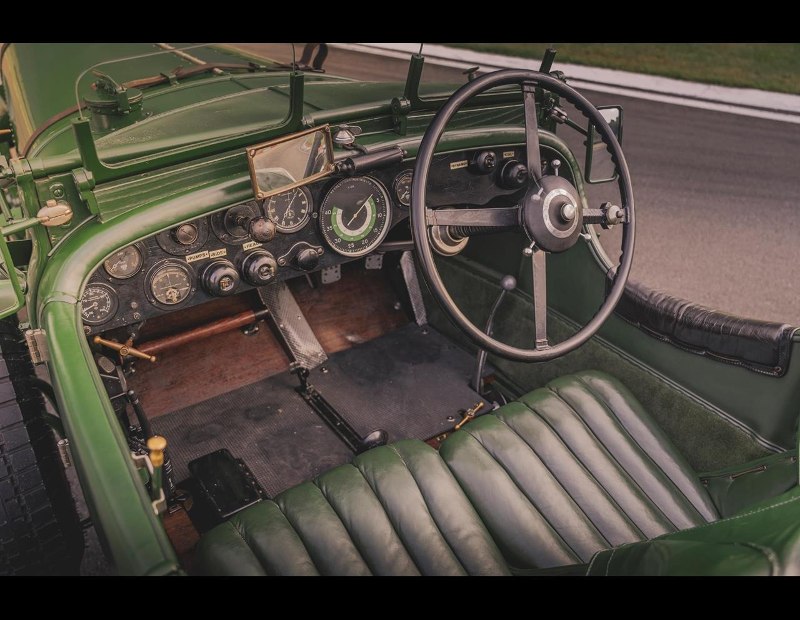 The 12-car series has been designed, and will be developed and built, by the same team of Mulliner specialists that have created the Blower Continuation Series – the first pre-war continuation project in the world. This acclaimed run of 12 new 4½ litre ‘Blower’ Bentleys was based on the company’s own 1929 Team Car #2 – the most famous and valuable Bentley in the world, which raced alongside the Speed Six in 1930 – and sold out instantly. The same is true of the new Speed Six continuations, with all 12 cars already reserved by lucky customers around the world.

The Speed Six Continuation Series was announced at the Goodwood Festival of Speed by Bentley’s Chairman and Chief Executive, Adrian Hallmark, who comments:

“After incredible levels of skill were acquired by the Mulliner team through the development of the Blower Continuation Series, and with the success of the cars with their customers, a chance to honour the Speed Six is a fantastic next step. It’s vital that we protect, preserve and develop not just this important part of our heritage, but also the knowledge we’ve gained through working with these classic Bentleys. The Speed Six is one of the most important Bentleys in our 103 year history, and the 12 cars of the Continuation Series will embody the same values as W.O. Bentley’s originals, crafted by hand with the same meticulous attention both to engineering quality and to fanatical attention to detail. The lucky owners will be able to race their cars around the world, and truly relive the exploits of the original Bentley Boys.” 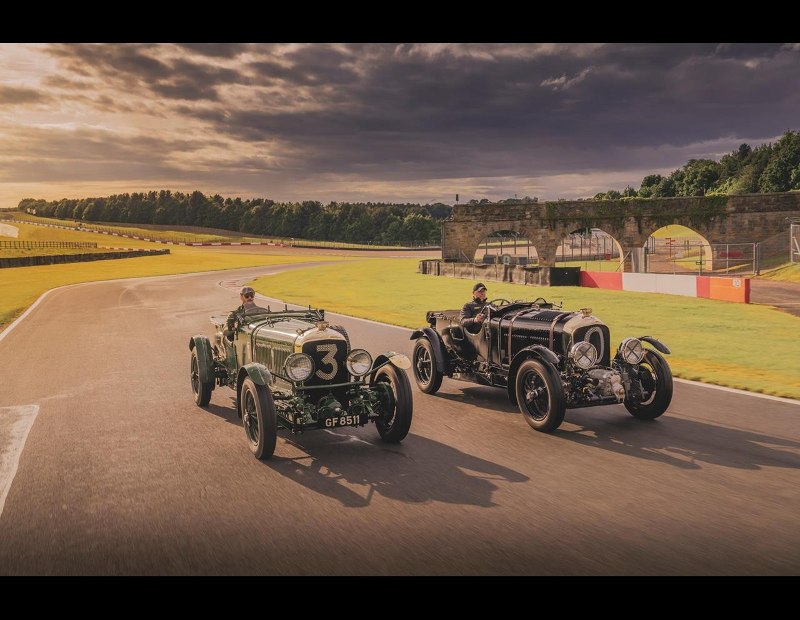 The Mulliner team will once again be supported by an incredible array of artisans from a number of automotive heritage specialists across the UK, delivering recreation parts that are not only physically identical but in many cases are crafted using the same techniques used in the 1920s. This dedication to complete and total authenticity is integral to the success of such a complex project.

A high-performance version of the 6½ Litre, the Speed Six became the most successful racing Bentley, winning Le Mans in 1929 and 1930 at the hands of Woolf Barnato, Sir Henry ‘Tim’ Birkin and Glen Kidston.

The Speed Six was an improved version of the 1926 6½ Litre Bentley. W.O. Bentley believed that the best way to increase power was to increase capacity, as opposed to Tim Birkin’s faith in supercharging. He therefore developed a new, larger engine to succeed the 4½-litre. With a bore of 100 mm and a stroke of 140 mm, his new straight six had a capacity of almost 6.6 litres. In base form, with a single Smiths five-jet carburettor, twin magnetos and a compression ratio of 4.4:1, the 6½ Litre delivered 147 bhp at 3500 rpm. 362 examples were built at Bentley’s factory in Cricklewood, north London, on a variety of chassis of different lengths depending on the body style requirements of individual customers. 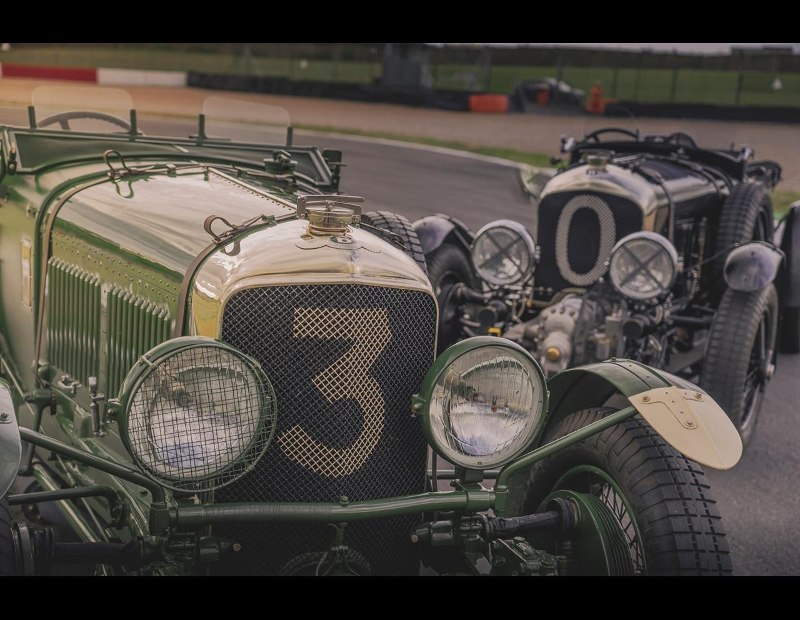 To deliver 12 new Speed Sixes that are authentic to the design of the racers of 1929 and 1930, the Mulliner team has first created a complete 3D CAD model of the car, from both the original blueprints and detailed analysis of original cars. Two cars have been referenced for this process.

“Old Number 3” was the third of three Speed Sixes entered by Bentley into Le Mans in 1930. Despite a difficult race it survived the ordeal, and has been immaculately preserved since. Still fully road legal and actively raced by its owner today, Old Number 3 has been a valuable source of design details and reference points for the creation of the new cars.

Alongside Old Number 3, Bentley’s own Speed Six (GU409) – part of Bentley’s expanding Heritage Collection – is a 1929 road car wearing an identical four-seat Vanden Plas body to the original racers and restored to the same specification. GU409 will provide benchmark performance and handling data for the continuation cars, including a full power and torque curve for the 12 new engines to match – or beat.

The first new Speed Six in 92 years will be assembled in the second half of this year, and become the engineering test and development car for the project.

Speed Six Car Zero will be retained by Bentley, joining Blower Car Zero as the forebears of the families they help to deliver. 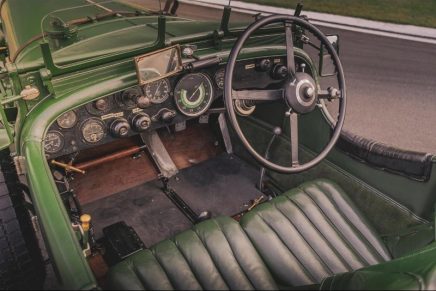 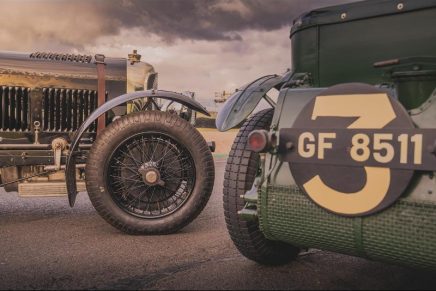 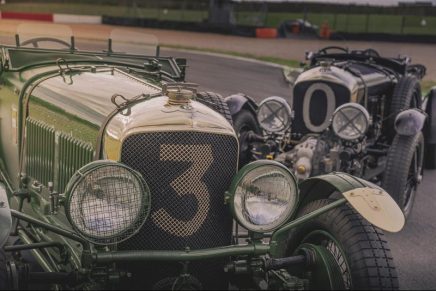 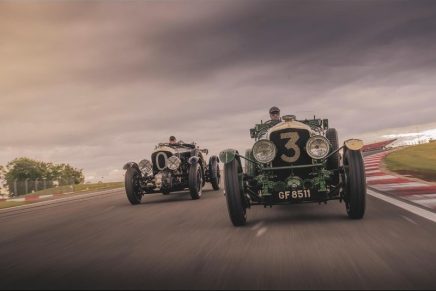 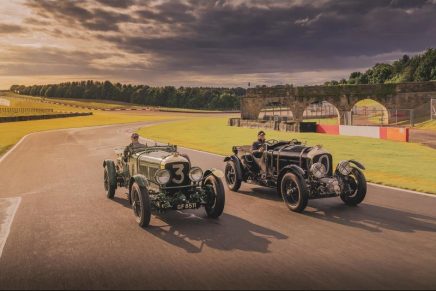