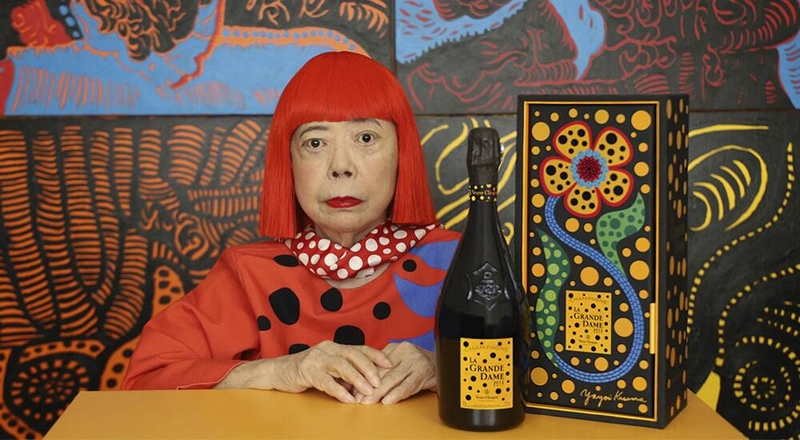 This is not the first encounter between these two exceptional women: for a charity auction in Tokyo in 2006, Yayoi Kusama breathed new life into a portrait of Madame Clicquot with her famous polka dot motif.

Veuve Clicquot called on artist Yayoi Kusama to revisit the bottle and case of its newly released vintage, La Grande Dame 2012. The artist drew on her signature polka dot and floral motifs in her exceptional reinterpretation. The floral creation is also reprised in an original creation entitled

“My Heart That Blooms in The Darkness of The Night” for the magnum format of La Grande Dame cuvée. This limited-edition creation is available in only 100 numbered pieces. 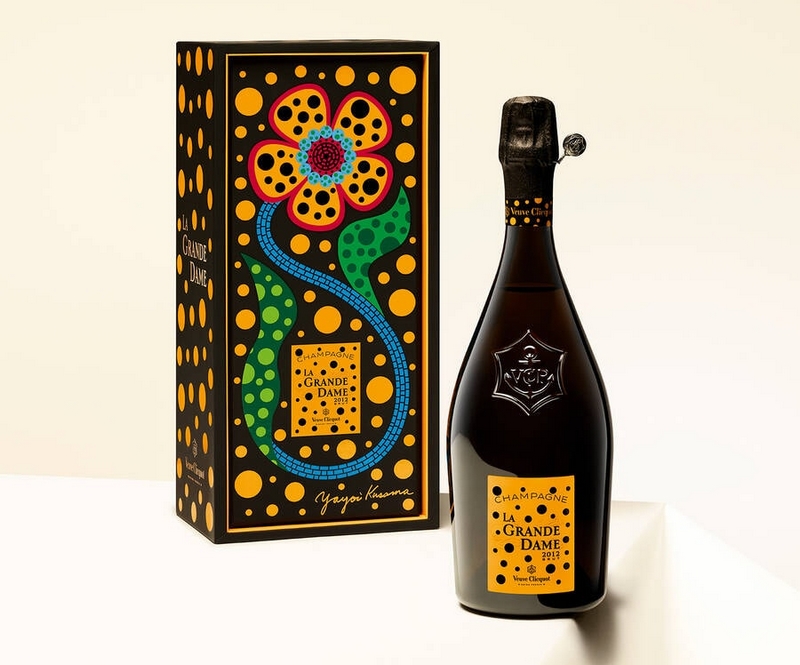 La Grande Dame 2012 by Yayoi Kusama will be available from mid-October.

Although the two women are separated by more than 150 years, the destinies of Madame Clicquot and Yayoi Kusama are remarkably similar. Both were born into well-to-do families and faced the rigidity of bourgeois milieux that characterized society in the 19th and 20th centuries. Throughout their lives they both pushed back against accepted codes with an unwavering drive to gain independence…and conquer the world.

Following the untimely death of her husband in 1805, Madame Clicquot took the reins of the family’s Champagne house when she was just 27, in an era when it was unheard of for a woman to head a business. For her part, Yayoi Kusama left her native Japan for America at the age of 28, claiming her independence.

“One day, after gazing at a pattern of red flowers on the tablecloth, I looked up to see that the ceiling, the windows, and the columns seemed to be plastered with the same red floral pattern. I saw the entire room, my entire body, and the entire universe covered with red flowers, and in that instant, my soul was obliterated and I was restored, returned to infinity, to eternal time and absolute space. This was not an illusion but reality itself.” – YAYOI KUSAMA.

La Grande Dame champagne is a showcase of the House’s excellence. It perfectly expresses its love for Pinot Noir, which since the 2008 vintage, has represented over 90% of the blend. 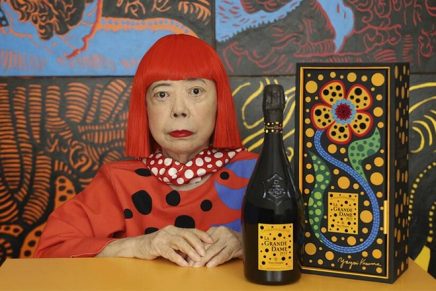 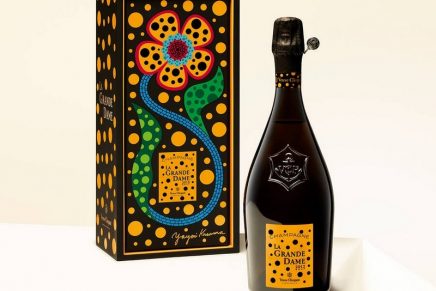