Four Seasons and Rosewood to land simultaneously in Venice, Italy. 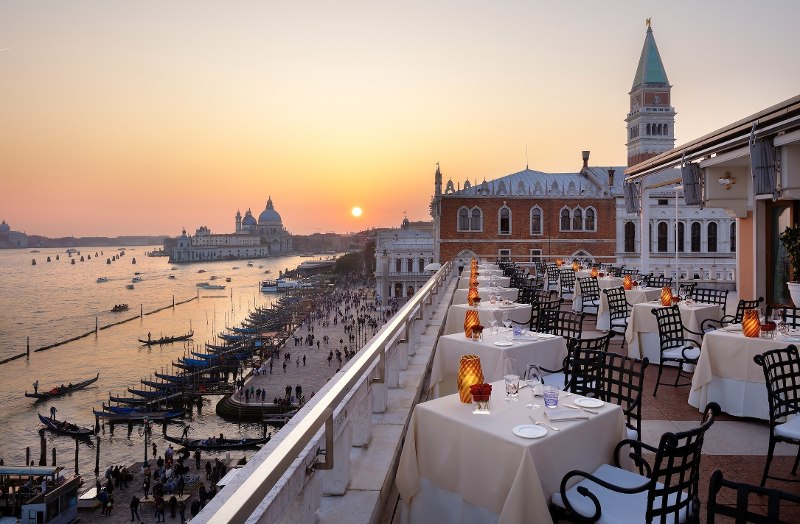 Italy is a beloved and important destination for luxury travellers, and hospitality groups have been capitalizing on the strength of this market with property enhancements and incredible new additions to their portfolio.

Located in the Riva degli Schiavoni region of Venice along the Grand Canal, adjacent to Piazza San Marco, the Hotel consists of three buildings: the 14th century Palazzo Dandolo and two 19th century additions linked by bridges – Palazzo Casa Nuova and Palazzo Danieli Excelsior. Hotel Danieli’s rich heritage is on display throughout the property, showcased in the beautifully preserved Venetian Gothic style architecture, along with art and antiques from throughout the property’s history.

Venice is a significant travel market globally, celebrated for its art, culture and architecture. The city is also known for its unique geography, as it is built on an archipelago of hundreds of islands, some of which are a UNESCO World Heritage Site, connected by bridges and canals. Travellers explore the city via water or on foot, allowing them to take in the extraordinary sights and attractions at every turn.

“Hotel Danieli is a renowned and historic property in Venice, and we are confident that our partnership with Four Seasons will help usher the Hotel into its next chapter, maintaining the standard of quality and excellence that guests have come to expect of the Hotel,” says Giuseppe Statuto, owner of Gruppo Statuto. “Together with Four Seasons, our properties in Milan and Taormina have seen great success, and Hotel Danieli will perfectly complement these world-class experiences that are unmatched in Italy.” 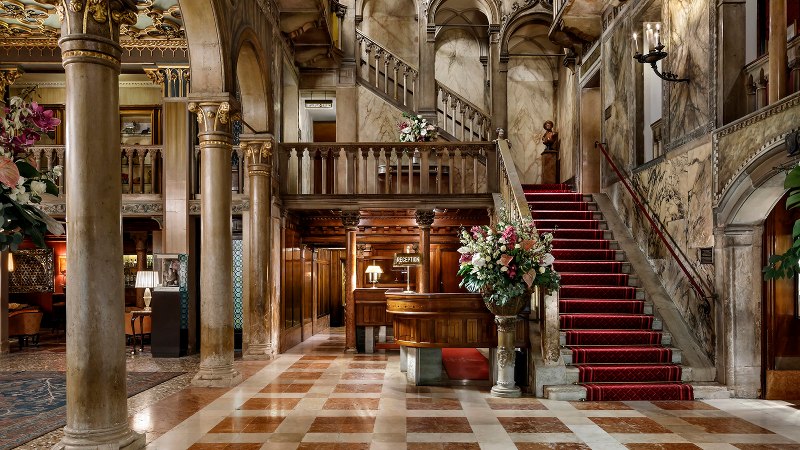 Hotel Danieli has a long history of being one of the most luxurious hotels in Venice with an ideal location in the heart of the city. Guests will be a short walk from myriad attractions, including the market stalls of Piazza San Marco, gondola rides along the canal and Basilica San Marco.

Guests will be immersed in the splendour of the property from the moment their stay begins, enjoying unique arrival experience on boat via the Grand Canal. Guest rooms feature exceptional views of the Grand Canal, surrounding city and Venice’s Bay. The property also features four restaurant and bar outlets, which also benefit from exquisite views, as well as seven meeting and event spaces.

The luxury Venetian hotel will undergo extensive renovations prior to reopening as a Four Seasons experience, with renowned designer Pierre-Yves Rochon overseeing the interiors. Rochon has worked on several other historic Four Seasons properties in Europe, including in Florence, Paris, Cap-Ferrat and Megève. During the renovation period, the property will remain open with select services and amenities available. During this time, the hotel will be operated and managed by Gruppo Statuto under the name The Hotel Danieli, Venezia. 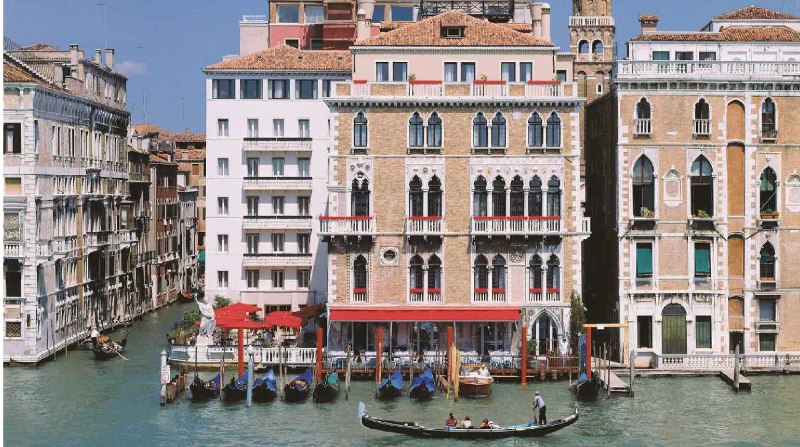 Owned by real estate developer SIGNA Prime Selection, Hotel Bauer is situated in the city’s historic San Marco district, between the Grand Canal and Piazza San Marco, just a short distance from famous sites such as the Rialto Bridge. The addition of this property to Rosewood’s esteemed collection of luxury hotels and resorts will mark a notable extension of the existing European portfolio.

Originally built in 1880, Hotel Bauer is set to undergo a multi-year renovation in November 2022, at which time the hotel will close as it prepares to reopen as Rosewood Hotel Bauer in 2025. Led by well-known Venice based architect, Alberto Torsello, and renowned interior design group, BAR Studio, the restoration of the existing building will be meticulously cared for, with much of the hotel’s historic framework set to be repaired and integrated into the new design including the original façade, grand winding staircase and many interior elements that are a part of the property’s rich past. Throughout the restoration there will be an emphasis on sustainability, which will play a highly significant role in the plans for the hotel as the property aims to obtain three sustainability certificates: the Green Pass, Casa Klima and LEED Gold.

Rosewood Hotel Bauer will be comprised of just over 110 rooms, with over half of the accommodations being suites, including several signature suites and a presidential suite. The property’s world-class food and beverage offerings will include a casual restaurant and wine bar on the ground floor and a refined Venetian restaurant and rooftop bar with a traditional Venetian Altana. The property will also be home to a spectacular Italian rooftop garden with breathtaking views of the city, a luxurious wellness facility, and an outdoor pool with a bar located on the eighth floor. A luxury retail space spanning around over 32,200 sq. ft. will be integrated in the property experience and located at the rear of the building directly on the lively Campo San Moisé square, close to Piazza San Marco. 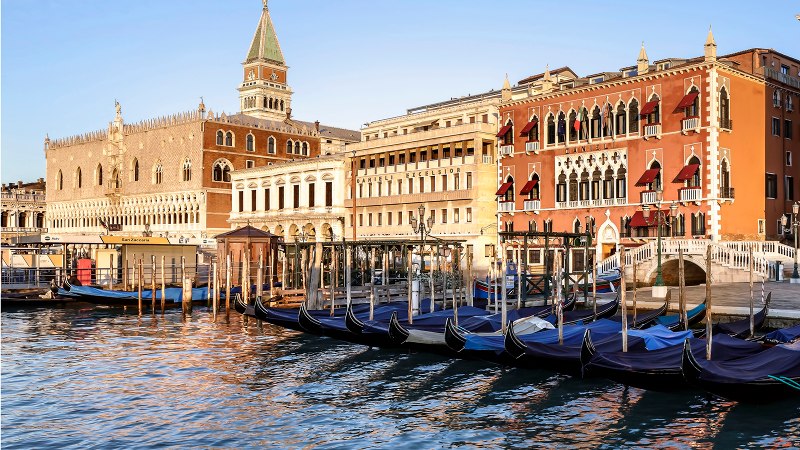 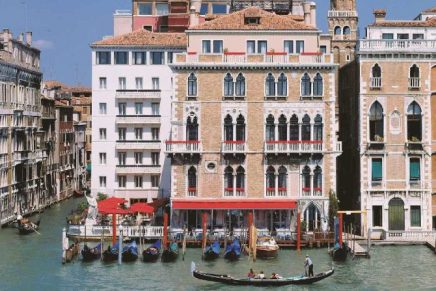 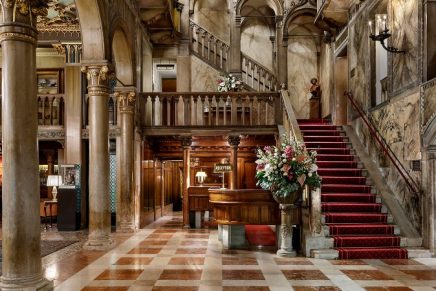 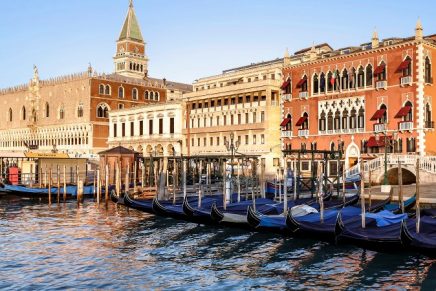 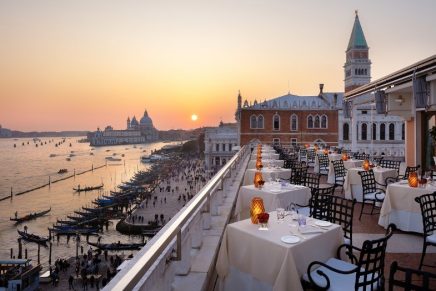