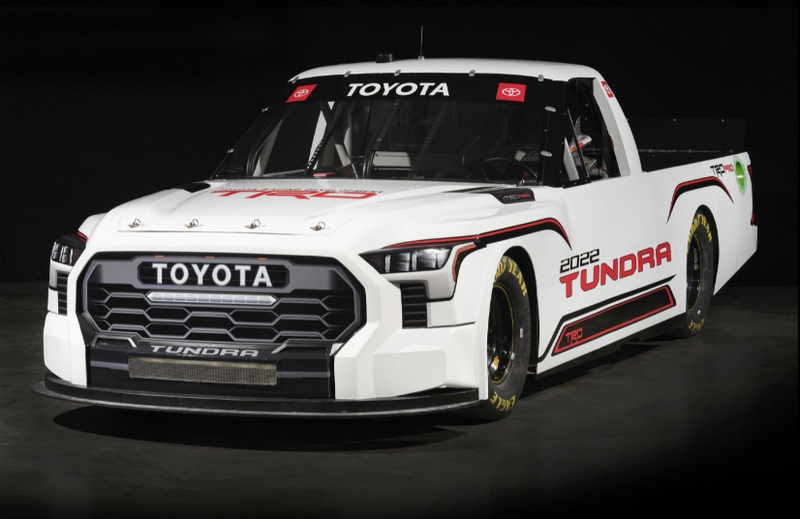 With the new body for 2022, Toyota is celebrating the launch of all new next generation Tundra models on showroom floors.

At Las Vegas Motor Speedway 2021, Toyota unveiled its new race truck for the 2022 NASCAR Camping World Truck Series season. The NASCAR Camping World Truck Series is a pickup truck racing series owned and operated by the National Association for Stock Car Auto Racing, and is the only series in NASCAR to race modified-production pickup trucks. For the first time, Toyota will campaign the Toyota Tundra TRD Pro beginning at Daytona International Speedway in February.

Toyota continues as the only OEM that campaigns three different body styles across NASCAR’s top three series. With the Toyota Camry TRD Next Gen Cup Series car that debuted in May, Toyota will campaign with two new bodies for the 2022 season. The Toyota Supra will continue to compete in the NASCAR Xfinity Series.

“The NASCAR Camping World Truck Series has always been extremely important to Toyota not only in our history, but our focus at our dealerships,” said Paul Doleshal, group manager of motorsports for Toyota Motor North America. “The launch of the new Tundra is a really exciting time for our entire organization, so to be able to reflect that new styling in our NASCAR Tundra with the TRD Pro design is a reflection of the importance of the series to all of us and allows us to continue ensuring our on-track production resembles its production counterparts that can be found in our Toyota showrooms.”

Toyota’s commitment to the Camping World Truck Series is approaching two decades. Since debuting in 2004, Toyota has claimed eight drivers and 11
manufacturer’s championships. Earlier this season at Daytona International Speedway, Ben Rhodes drove the Tundra to victory lane for the 200th time. Toyota is on pace this season to earn a 12th manufacturer’s championship on the strength of 12 victories to date. Six of the 10 drivers that qualified for this season’s Truck Series Playoffs compete full-time in Tundras. 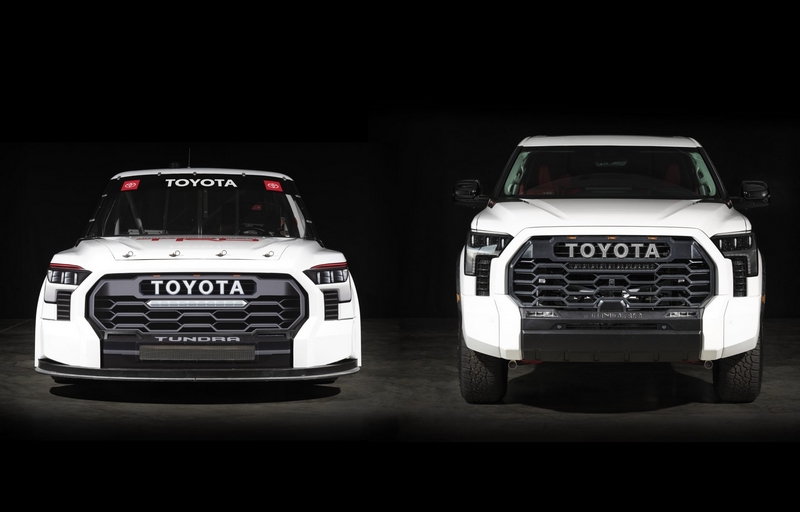 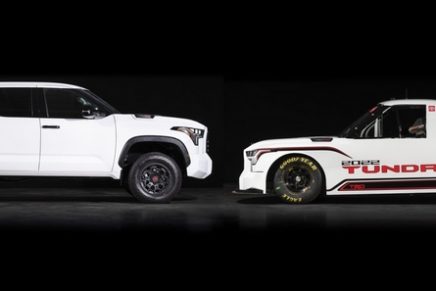 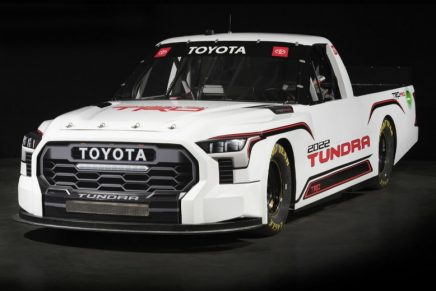