The Hermes Speedster by Seven Seas Yachts actually seems to be the boat brother of the legendary Porsche.

The Hermes Speedster combines style and class with efficiency and comfort.

Both in the outer appearance and in the interior design, one feels transported into the legendary 50s. In fact, the boat builders of the Hermes Speedster were inspired by the Porsche 356 and the Gentleman Runabout boats of the 1930s. The natural round shapes give the design a unique character and ensure that the boat glides dynamically through the water.

The Amfihull hull by Seven Seas Yachts has a very steep angle of attack of 72° and a shallow draught of 0.26 metres, which has the advantage that the Hermes Speedster glides at low speeds. In addition, the flattened, dinghy-like hull is extremely stable on the water at all speeds and has high tilt stability.

The Speedster is powered as standard by a Weber engine of type MPE 850 Marine TC 155 via a Textron jet engine, and with its 155 hp output it reaches a full 22 km/h at a fuel consumption of only 5.5 l/h. Optionally, the Hermes Speedster can also be equipped with a clean 100 KW electric drive and corresponding battery bank.

All details from the upholstery of the seats, the side upholstery to the nostalgic round instruments and toggle switches are carefully assembled and handcrafted from high quality materials. The interior can of course be adapted to the customer’s wishes, covered with genuine leather and wood steering wheel in the style of the 60s, the Speedster offers a real feast for the eyes in any marina.

The inviting cockpit of the Hermes Speedster luxury boat offers space for up to five people, two of whom can sit on the chairs at the helm and three on the elegant rear bench seat. The easy-to operate convertible top allows the boat to be used even in slightly gloomy weather conditions. Optionally, a small sun lounger can be placed on the engine cover at the stern to allow guests to dry themselves after bathing.

From there you have access to the bathing platform at the stern, which adapts to the shape of the boat. Equipped with heater and blower for the windscreen, the Hermes Speedster can be used for a long time during the course of the year and makes small concessions to the modern era for the sake of comfort. 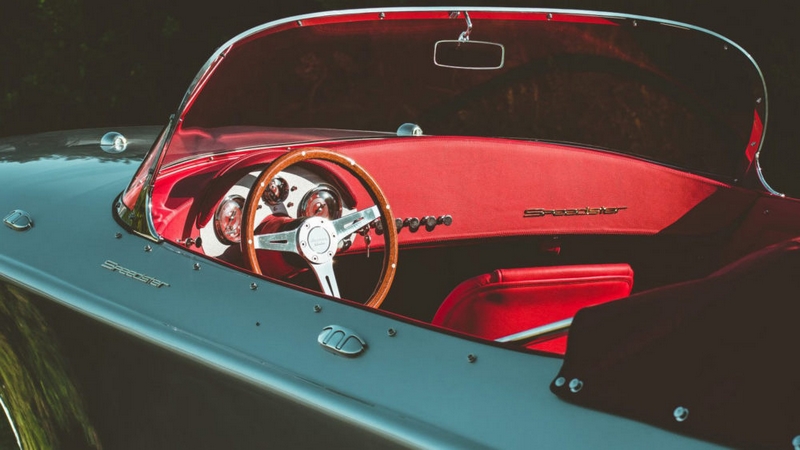 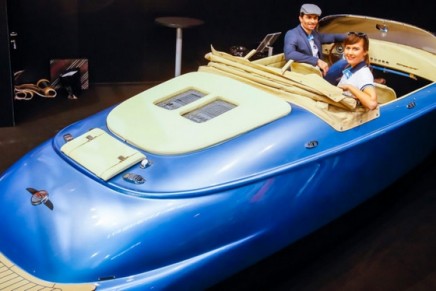 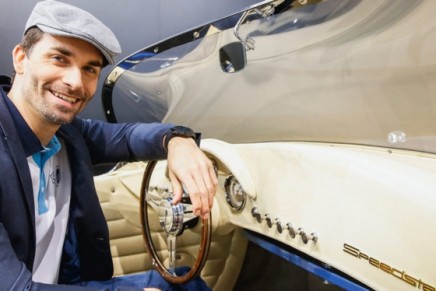 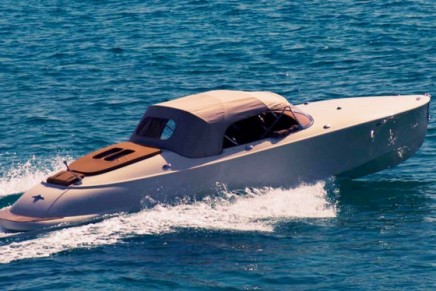 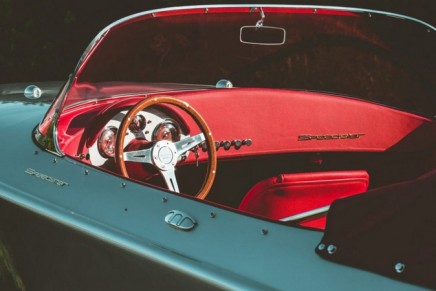 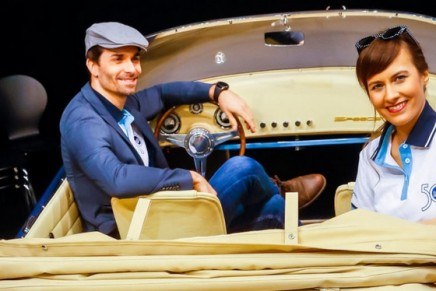 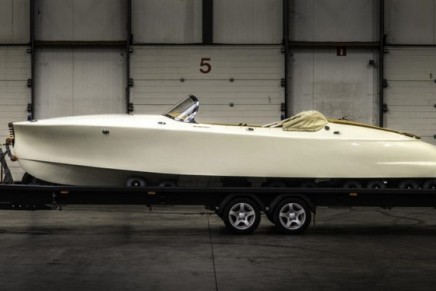