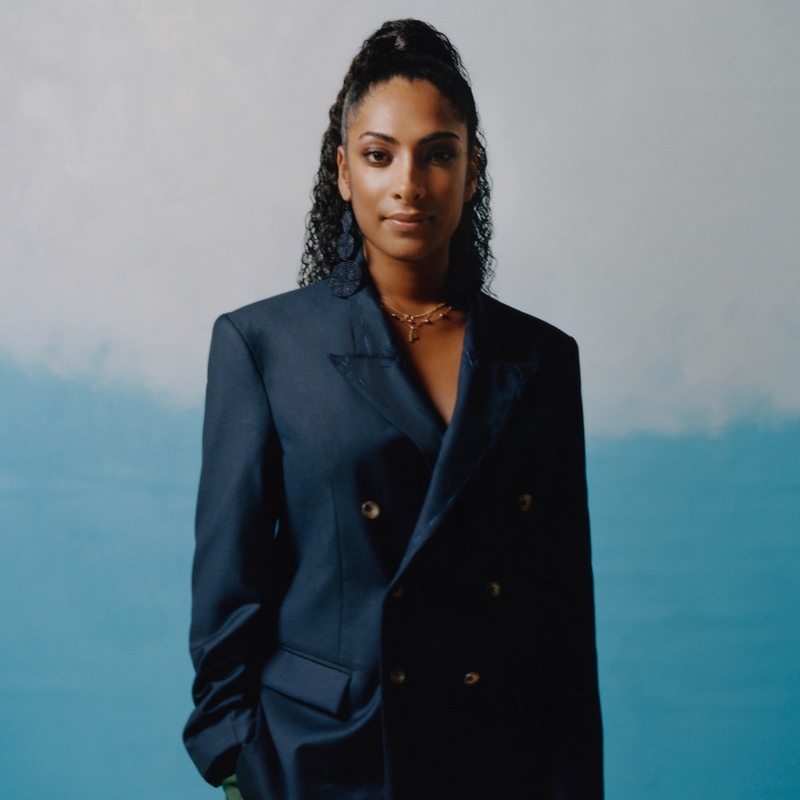 The recipient of the Queen Elizabeth II Award for British Design was unveiled on Tuesday 23rd February during London Fashion Week 2021.

The fashion design award was initiated in recognition of the role the fashion industry plays in society and diplomacy. It recognises
young fashion designers that are both talented and make a difference through either sustainable practices or community engagement. Each year’s winner is selected by the British Fashion Council in collaboration with the Royal Household.

The inaugural Award was announced and presented to Richard Quinn in February 2018 when The Queen made Her Majesty’s first visit to London Fashion Week. In 2019, the prestigious Award was presented to Bethany Williams by The Duchess of Cornwall and in 2020 to Rosh Mahtani by Her Royal Highness The Princess Royal.

The British Fashion Council announced that Priya Ahluwalia of Ahluwalia is the recipient of The Queen Elizabeth II Award for British Design. The Award was presented by Her Royal Highness The Countess of Wessex, on behalf of Her Majesty The Queen, during a virtual event.

With sustainability and ethical practice always at the heart of the design process, Priya Ahluwalia has been chosen for her focus on craftsmanship and community. Her sustainably minded menswear collections, made of dead stock and repurposed locally sourced vintage materials, combine elements and influences from her Nigerian and Indian heritage, making her designs truly unique. 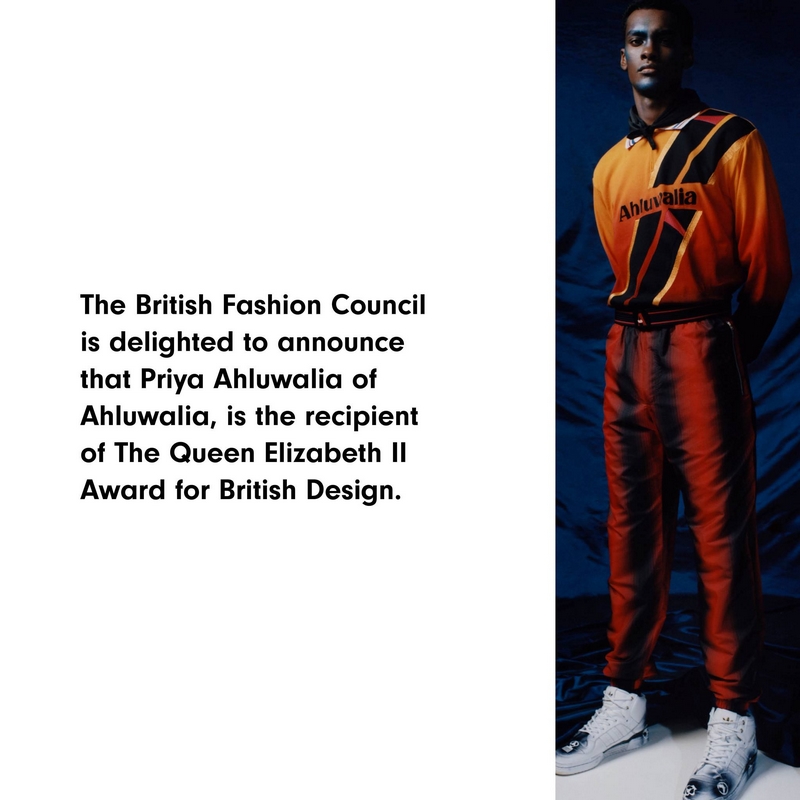 Ahluwalia is a progressive thinking leader and agent for change who has used her platform to raise awareness around the
challenges of the Black community, especially in the wake of the Black Lives Matter movement.

“We are delighted to announce Priya Ahluwalia as the fourth recipient of the Queen Elizabeth II Award for British Design. Ahluwalia’s unique and ethical design process combined with her ability and passion to give back to communities around London and the globe make her an inspiration for many young British designers. We are incredibly proud to recognise Priya and look forward to seeing her business grow.” Caroline Rush CBE, Chief Executive British Fashion Council (BFC).

Ahluwalia launched her eponymous label in 2018, after graduating from the MA Menswear course at The University of Westminster and winning the H&M Design Award 2019. In 2019, Ahluwalia was a recipient of BFC’s 2019/2020 NEWGEN initiative, the most established designer development scheme globally supporting the very best emerging talent. In 2020, Ahluwalia became one of the eight brands to win the LVMH Prize 2020 and was noted on the Forbes 30 under 30 on the European Arts and Culture List. The label also became part of the Matches Fashion’s Innovators programme which champions emerging design talent through mentorship, preferential business terms and marketing. In November it was announced that Ahluwalia would be taking part in GUCCIFest and showcasing their first feature film, Joy, with Gucci’s support. In December 2020, Ahluwalia was named a People Honouree at The Fashion Awards.

Each year a designer is selected by the BFC, in collaboration with the Royal Household, to be recognised by the Queen Elizabeth II Award for British Design. The Award, designed by Angela Kelly, inspired by The Queen Elizabeth rose, has been hand-produced by Lucy Price at Bauhinia Studios and in Birmingham’s famous Jewellery Quarter. 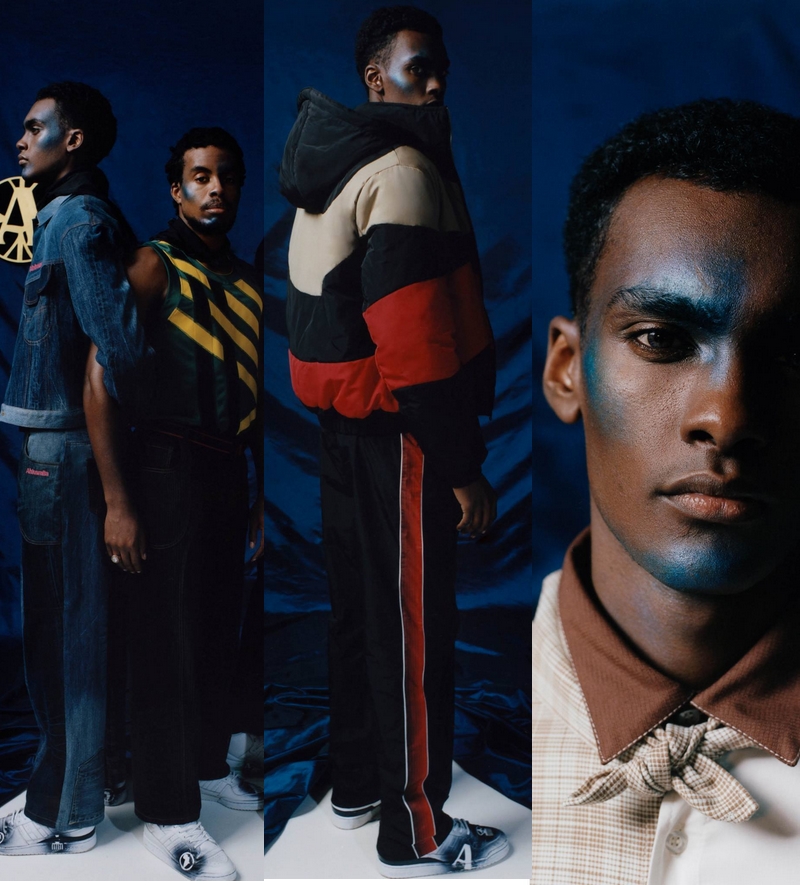 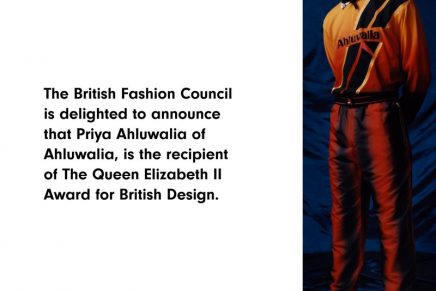 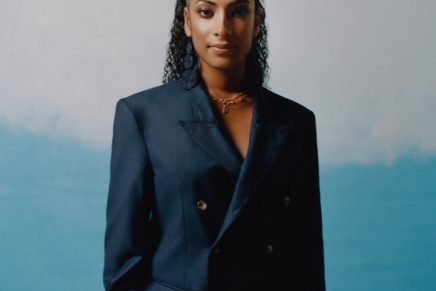 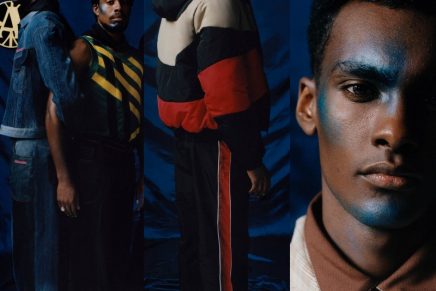