“Reinvention and Restlessness: Fashion in the Nineties” exhibition @The Museum at FIT; @fitnyc.edu

The Museum at FIT, The Most Fashionable Museum in New York City, presents Reinvention and Restlessness: Fashion in the Nineties, an exhibition centered on a decade that not only heralded the end of a century but the end of a millennium. With concepts ranging from minimalism to the revitalization of luxury design houses, the 1990s overflowed with styles that intrigued critics and consumers alike.

“The curator of acclaimed exhibitions like Fairy Tale Fashion, Colleen Hill has outdone herself with this brilliant and timely exhibition on the fashions of the 1990s, which have come back into vogue for a new generation,” says MFIT Director and Chief Curator Valerie Steele.

“Reinvention and Restlessness: Fashion in the Nineties” exhibition @The Museum at FIT; Illustration by Ruben Toledo; @fitnyc.edu

Best known for its innovation and award-winning exhibitions, The Museum at FIT has a permanent collection of more than 50,000 garments and accessories dating from the eighteenth century to the present.

“Reinvention and Restlessness: Fashion in the Nineties” exhibition features more than 85 garments and accessories, the majority of which were selected from MFIT’s permanent collection of 50,000 objects. The introductory gallery highlights the connections between fashion and popular culture, from fashion’s increasing presence on television to the growing fame of supermodels. Videos of runway presentations and clips from films and television shows such as Clueless and Sex and the City help illustrate the theme.

The main gallery features eight important trends that helped define the 1990s. Minimalism—characterized by its pared-down silhouettes and neutral palette—became a leading style in the first half of the decade. Both minimalism and grunge styles were perceived as reactions to the excesses of 1980s fashion, though they looked entirely different. Grunge ensembles—based on a style of clothing worn by musicians in the Pacific Northwest—tended to be layered and mismatched. 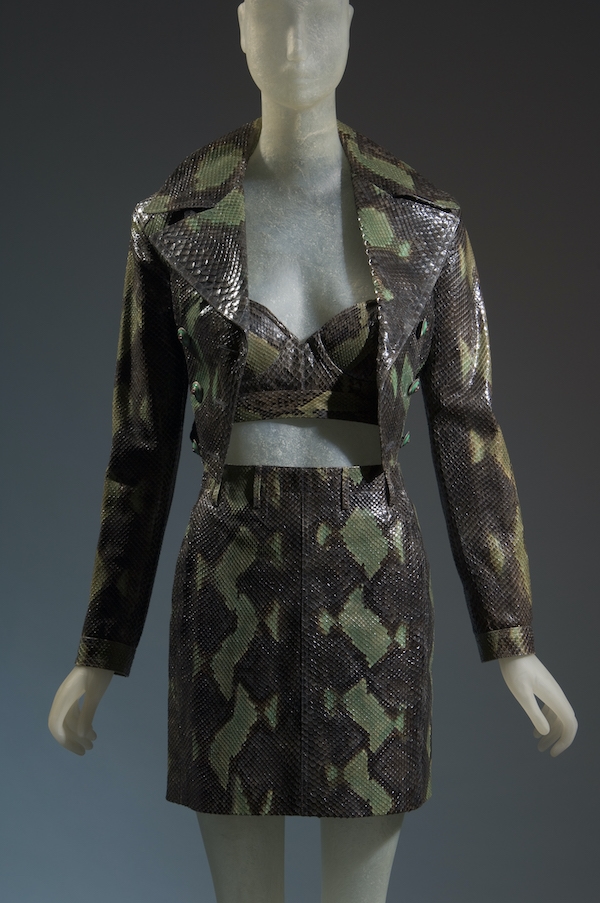 Many designers renounced overtly lavish styles during the first half of the 1990s, but luxury soon marked its return. Established labels helped to revamp their images by hiring fresh young talent, exemplified by Tom Ford at Gucci and Alexander McQueen at Givenchy. On the other end of the spectrum, “deconstruction” caught on in the 1990s as a descriptor for clothing with an unfinished and unconventional appearance.

While some designers were pushing the envelope to create ingenious new styles, others were engaging with an array of influences from fashion’s past. Yet contemplations of the future of fashion proved to be as compelling as a dive into fashion history. Swift advancements in computer technology and the expansion of the internet changed the ways that clothing was made, worn, and consumed.

Developments in technology, coupled with economic and political changes, also strengthened inter connectivity between people and places. In fashion, this translated into the “global wardrobe,” a mélange of styles with myriad influences. Moreover, the environmental impact of fashion production was also making its way into public consciousness during the 1990s, and a handful of forward-thinking designers and labels introduced lines that centered on earth-friendly materials and manufacturing.

In addition to the array of clothing on display, visitors will enjoy illustrations of 10 key styles from the exhibition by the renowned artist Ruben Toledo, made especially for Reinvention and Restlessness: Fashion in the Nineties. The exhibition design is by architect Kimberly Ackert, who took inspiration from both deconstruction and minimalism. 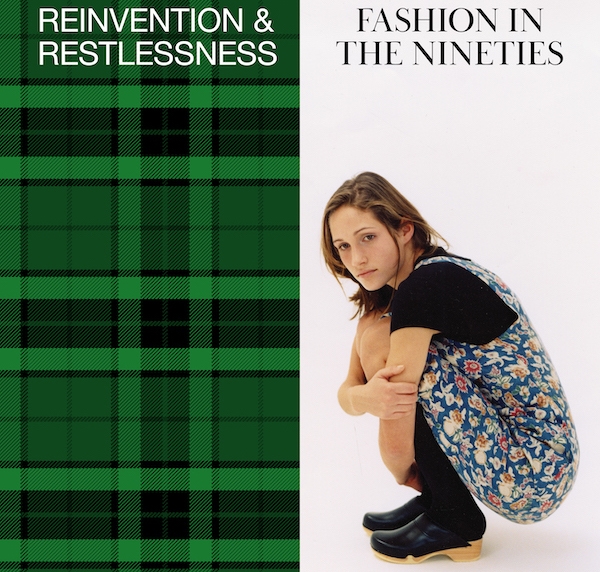 @”Reinvention and Restlessness: Fashion in the Nineties” book published by @Rizzoli Electa

The exhibition is accompanied by MFIT’s 26th annual fashion symposium. This virtual event will air on YouTube Premiere on Friday, February 11, 2022, from 11 am to 1:30 pm ET. In addition to MFIT’s Colleen Hill, Patricia Mears, and Valerie Steele, the dynamic lineup of speakers includes Paul Boudens, graphic designer; Lamine Badian Kouyaté, fashion designer and founder of the fashion label Xuly.Bët; Marco Pecorari, director of MA in Fashion Studies program at Parsons Paris; and Alexandre Samson, curator of haute couture (from 1947) and contemporary creation at the Palais Galliera. 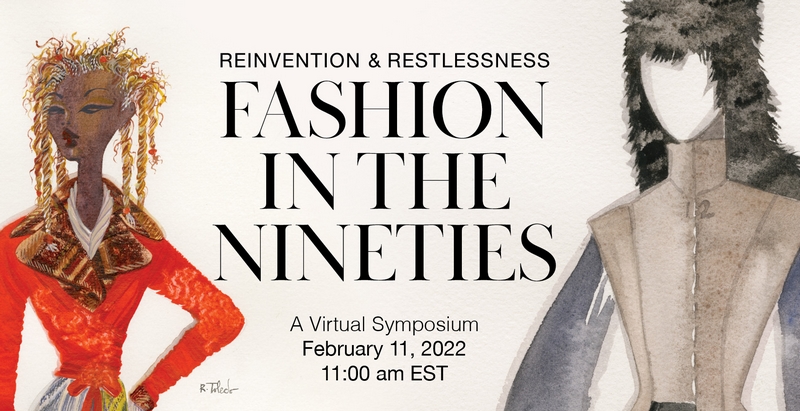 “Reinvention and Restlessness: Fashion in the Nineties” Virtual Symposium @The Museum at FIT; @fitnyc.edu 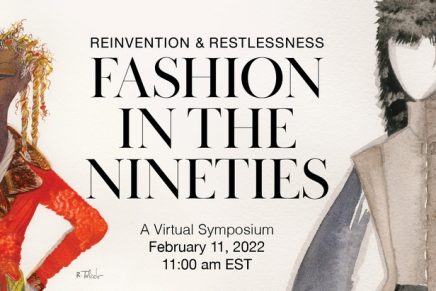 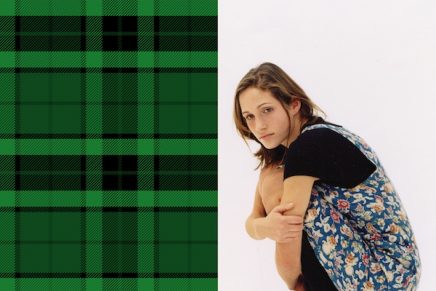 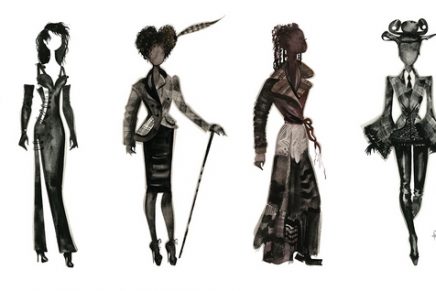 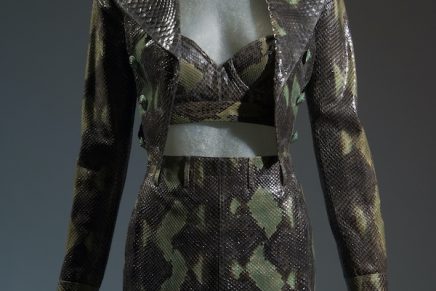