Tanqueray and Netflix’s “Bridgerton” Cordially Invite You to “Make It T-time”.

Back in the day – the Regency era, to be exact – teatime actually meant something. It was one of society’s fanciest occasions; a moment to gossip, flirt, laugh with friends and of course sip in superior style. So how does one reclaim teatime and give it a modern-day spin, making it fun, fabulous and – dare we say – fancy again?

Last month, Diageo-owned Tanqueray gin brand announced its “Bridgerton” “Make it T-time” partnership; a creative collaboration celebrating the smash Netflix show’s second season premiere. In appropriately regal fashion, fans are cordially invited to discover how Tanqueray (the “T,” if you will) can turn the traditional idea of teatime into oh-so-fancy “T-time”.

In keeping with the whimsical look and feel of the show, the multi-phased “T-time” campaign is launching with an original video content series starring pop culture icon and continued Tanqueray brand partner Joe Jonas, who gamely learns “how to become a Bridgerton” with the help of Jonathan Bailey who plays Anthony Bridgerton, and “Bridgerton” superfan and comedian Phoebe Robinson.

“Teatime in the Regency Era was the epitome of elegance,” said Christina Choi, SVP of Rum, Tequila, Gin at Diageo. “And with the second season of ‘Bridgerton’ on the horizon, I think it’s the perfect time to bring this grand tradition out of the sitting rooms, drawing rooms and garden gazebos of yore to give it a fresh, modern-day twist. ‘T-time’ is the perfect occasion to take a break from your day-to-day routine, adding a little bit of sparkle, scandal and surprise to your life by enjoying a delightful Tanqueray cocktail or two with your friends and loved ones.”

In keeping with the lavishness that was a defining characteristic of the Regency era, there’s one more decadent detail worth mentioning: Limited-edition Tanqueray x “Bridgerton” cocktail kits which are now available for purchase. Delicious tea-inspired Tanqueray cocktails are featured in three different kits representing the esteemed families featured in season two: the Bridgertons, the Featheringtons and the Sharmas.

“Bridgerton has such a unique aesthetic that transports viewers into a lavish, stylish, diverse world. And after season one, we saw just how much fans enjoyed bringing that world home through fashion, decor, and gatherings,” said Magno Herran, Head of Marketing Partnerships at Netflix. “Watching the internet’s favorite almost-Bridgerton, Joe Jonas, learning how to ‘T’ from Jonathan Bailey and Phoebe Robinson is a celebration of all of us who are channeling our inner Bridgerton and gearing up for season two.” 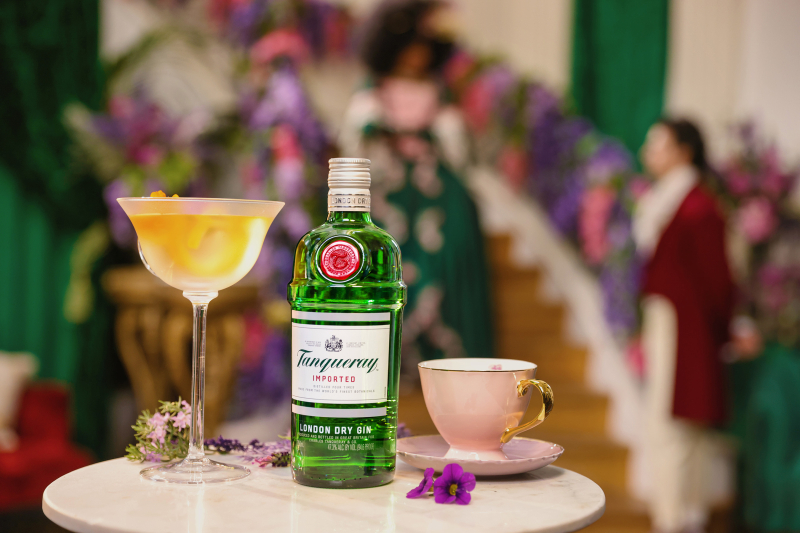 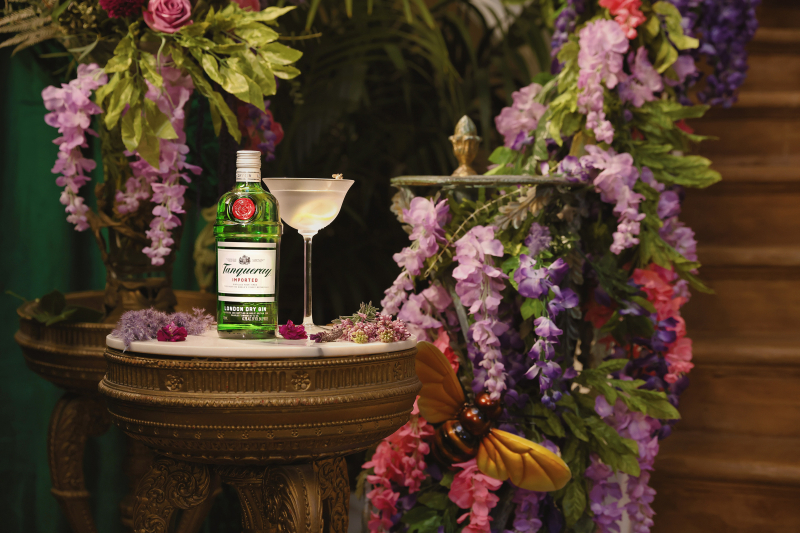 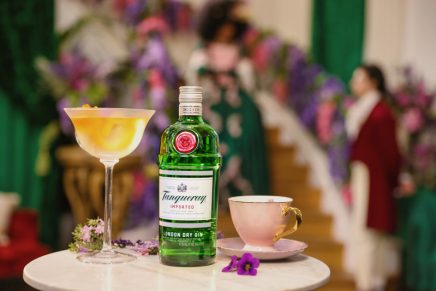 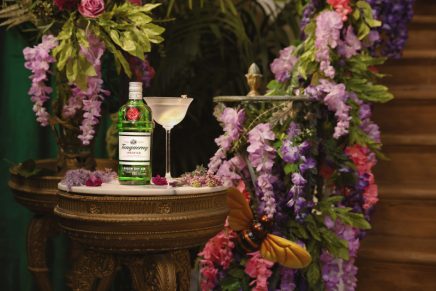 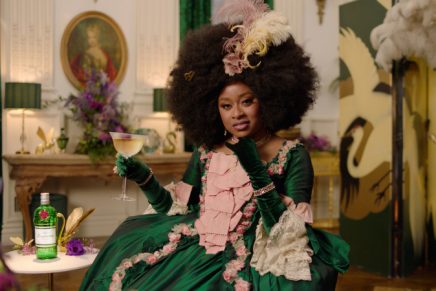