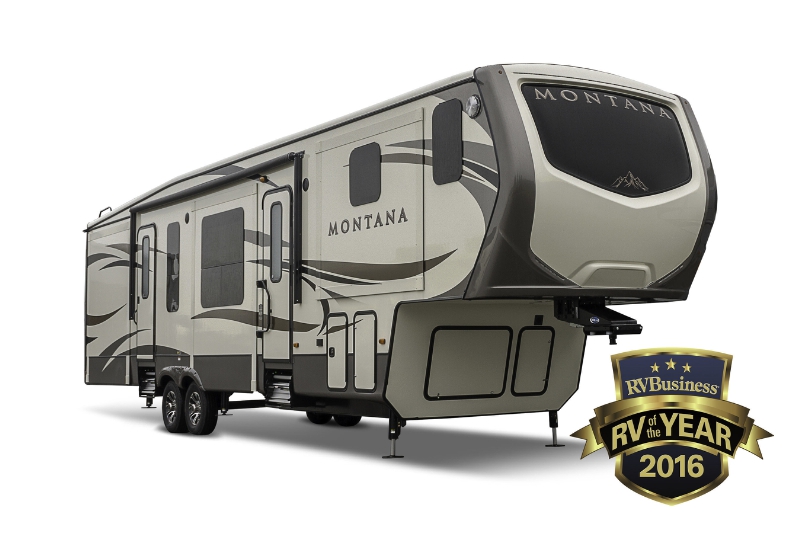 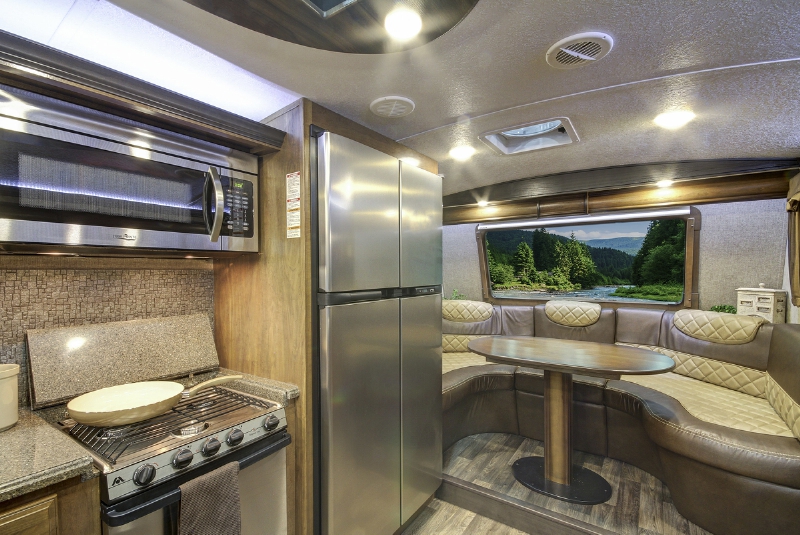 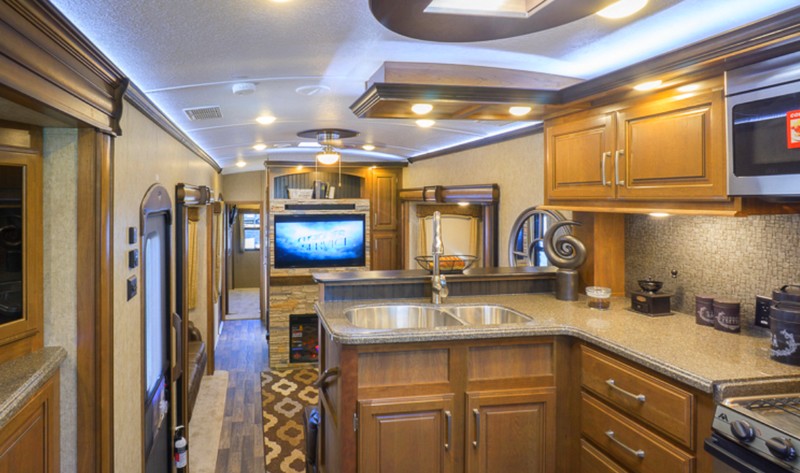 The combination of a spacious front kitchen, automotive windshield, flowing floorplan, and well thought-out details, makes the
Montana 3820FK a show-stopper. “With a plush, wraparound booth dinette located beneath the front automotive windshield, there is nothing else like it on the market today,” noted Montana product manager Jason Gill. “Add to this the expansive, central living area with entertainment center, opposing slides with sofas, and the theater seating and you have a coach that is both innovative and incredibly spacious. Customers have been standing in line to see it at the RV shows this year!”

While the Montana 3820FK floorplan is new, the Montana brand itself has been Keystone’s flagship luxury nameplate for some time. According to Statistical Surveys, Inc. of Grand Rapids, Michigan, Montana has been the number one selling luxury fifth wheel for 15 consecutive years. Just this past month, Montana shipped its 90,000th coach. 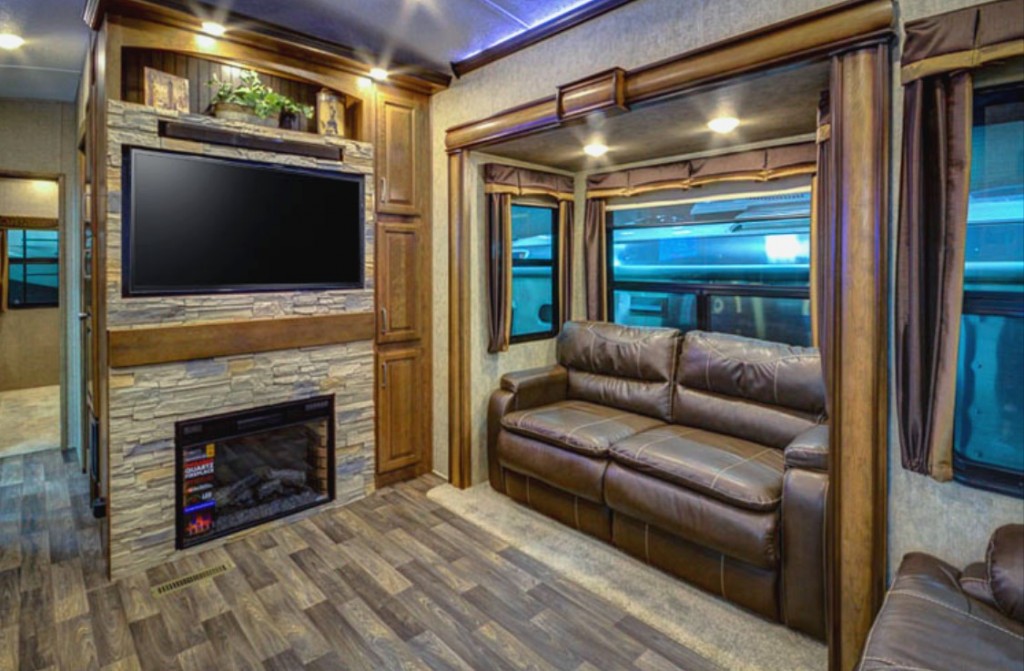 “To know that the staff of RVBusiness walked literally hundreds of floorplans, from towable RVs to luxury motorhomes, and in the end chose Montana as RV of the Year is a tremendous honor,” said Keystone RV President Matt Zimmerman. 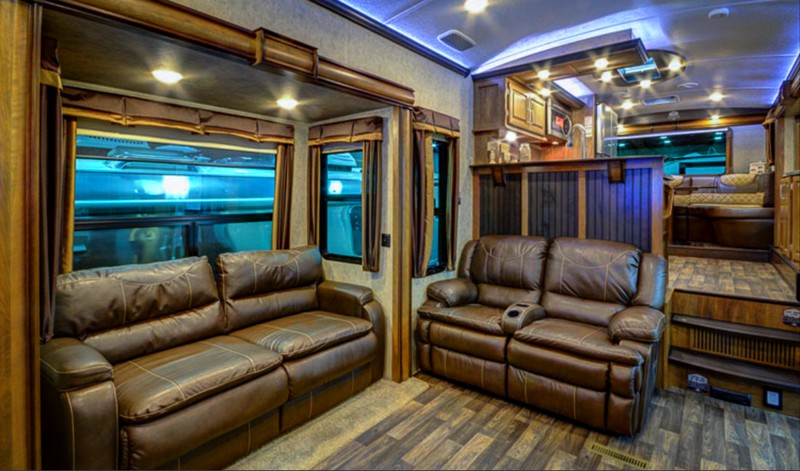 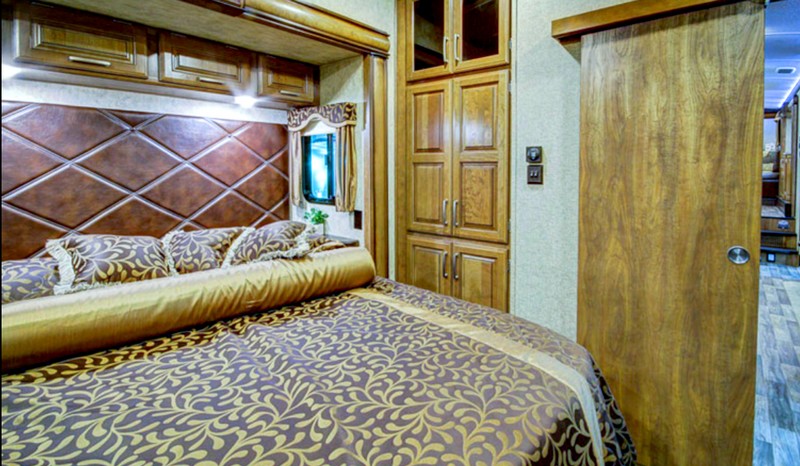 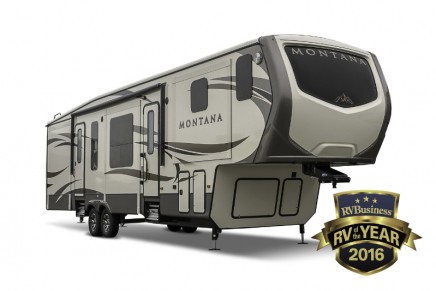 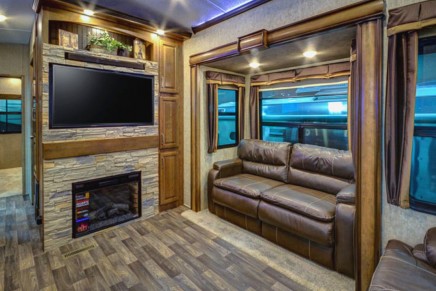 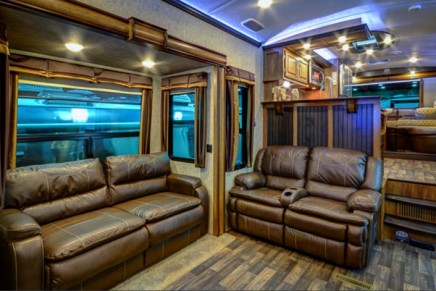 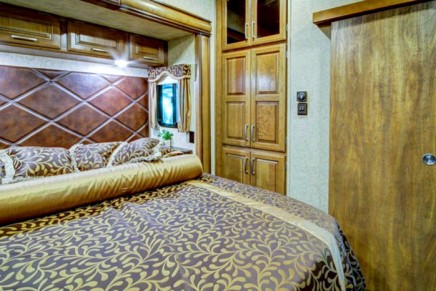 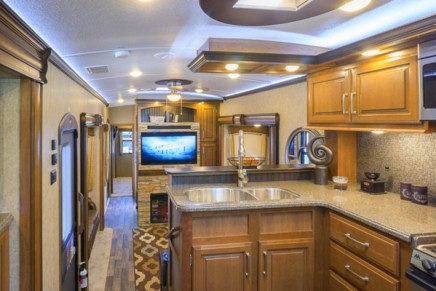 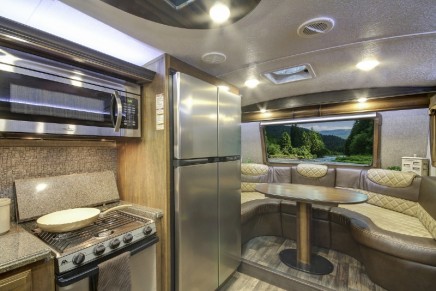