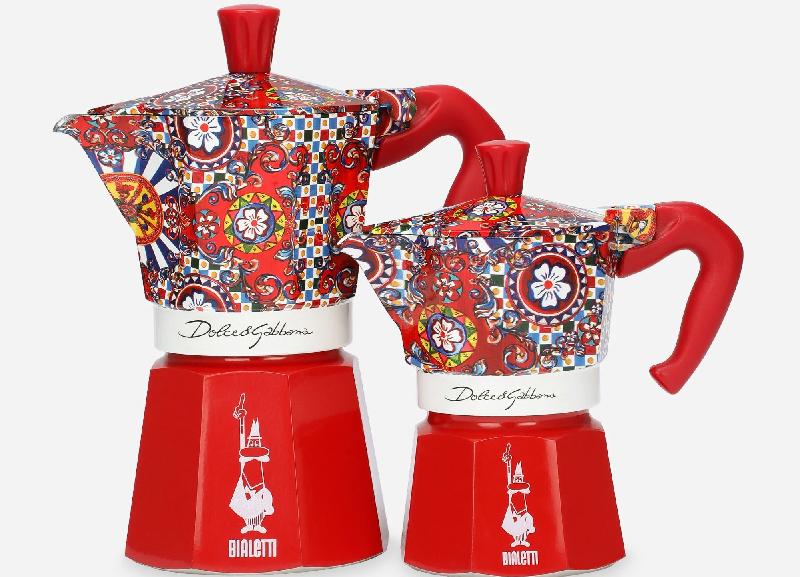 A cup of coffee with style. The Sicilian Carretto embellishes the Moka Express Bialetti, a symbol of Italian conviviality

Two icons of Made in Italy meet to celebrate the beauty of the Italian coffee ritual. This is how Moka Express Bialetti Dolce&Gabbana was born: a colorfully designed coffee maker, full of symbols that express the wonder and artistry of craftsmanship.

Moka Express BIALETTI DOLCE&GABBANA evokes, in its decorative motif inspired by an archival foulard print, the Carretto Siciliano: a folkloric element from a place of traditions which have always been at the heart of Dolce&Gabbana’s aesthetics. 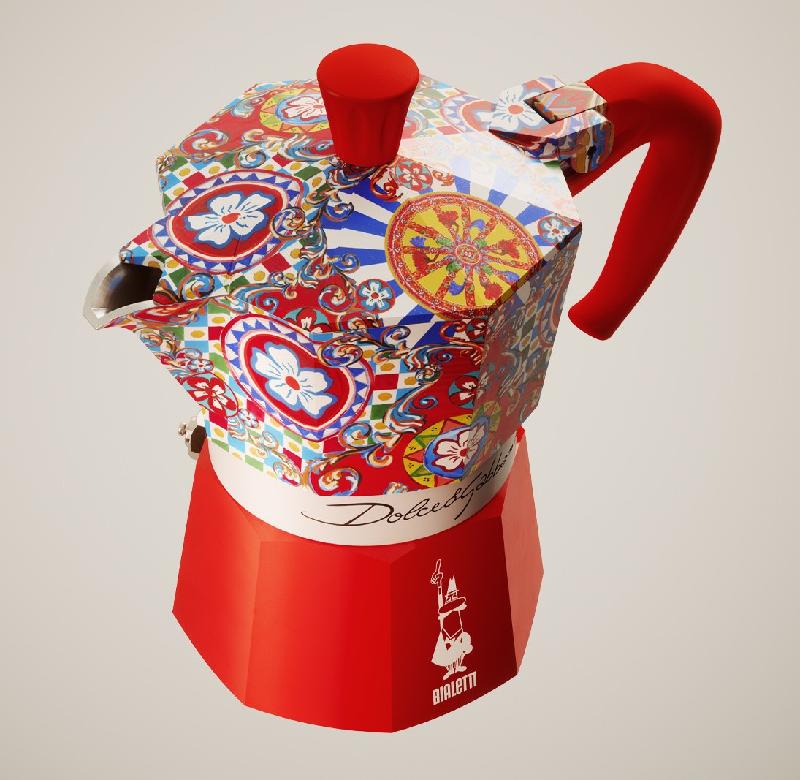 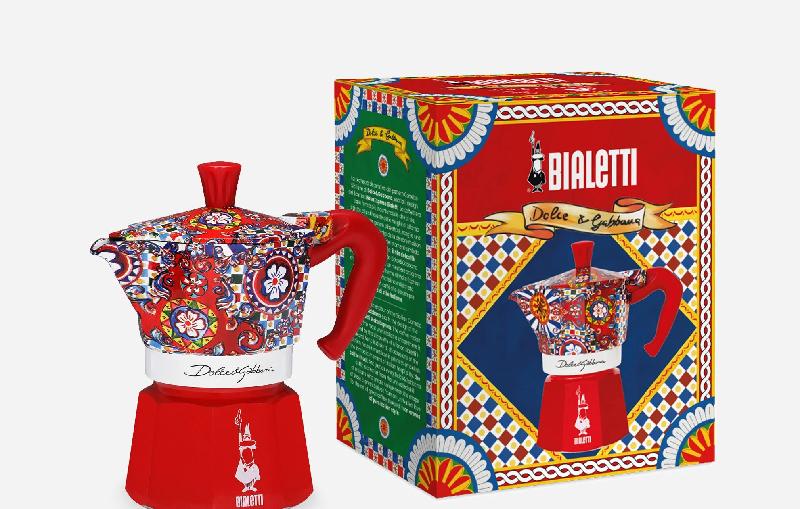 “Two great symbols of Made in Italy style and design unite, to produce a unique and exclusive product: Moka Express Bialetti x Dolce&Gabbana. The iconic Moka Express, which transformed the art of making coffee into an Italian tradition consisting of aromas and congeniality, is enhanced by the decorative splendor of the Sicilian cart. In fact, Sicily, with its unique views, flavors and colors, has been a source of inspiration for Dolce&Gabbana from the very beginning.” – Bialetti.

Folklore elements of the island, such as the Sicilian horse-drawn cart, have always been at the core of Dolce&Gabbana’s aesthetic style and artistic production, as they skillfully transferred these decorative motifs into their clothing, accessories and now the original Moka Express Bialetti. And just as each Dolce&Gabbana outfit hides the secrets of an artisan craft in which expert hands create uniqueness, so too does each Moka Express Bialetti carry its own story of quality, tradition, innovation and, above all, passion.

Becoming a Moka Lover is easy with Moka Express: the original Italian Moka coffeemaker, since 1933.

Moka Express is the real Italian coffee experience. So much more than an object, the iconic Moka pot represents Italy’s joy, audacity, creativity, and, of course, its convivial way of living. A blend of friendship, love, warmth, and conversation. 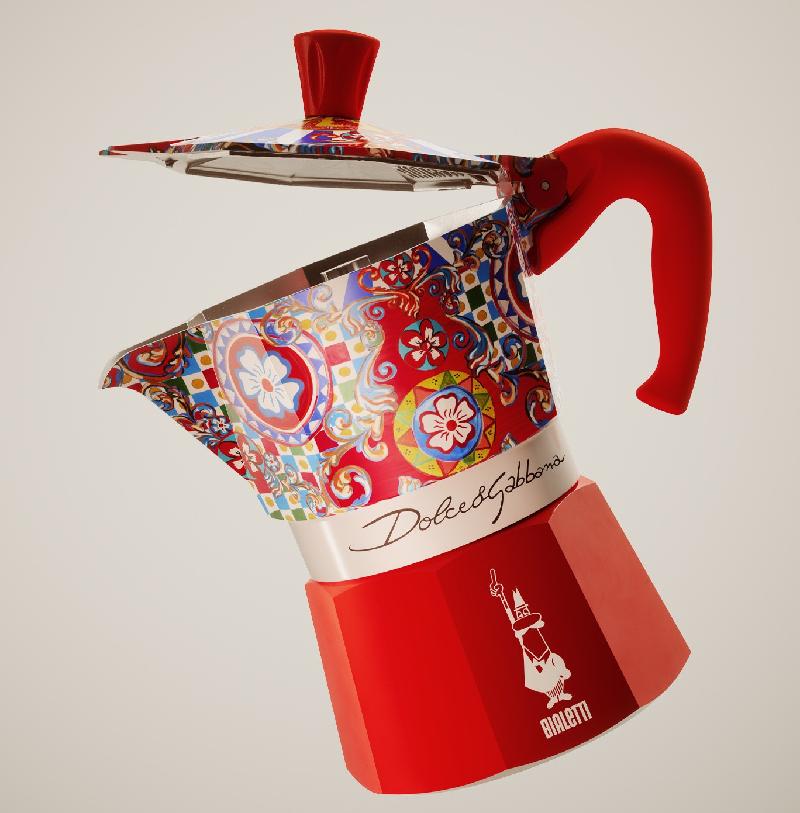 The original Moka Express debuted in 1933, and has remained virtually unchanged ever since. It was founder’s wife who inspired the iconic 8- sided shape of the Moka with her silhouette: the head, the broad shoulders, the narrow waist, the arm on the hip and a pleated skirt … And its name is in honor of the city of Mokha in Yemen, famous for a wildly popular coffee.

In the 1950s, Renato Bialetti succeeded his father as the head of the company. And in 1958, in homage to Alfonso, the famous figure in Bialetti ads, Omino coi baffi, was born. The cartoon man, with his finger in the air, as if he’s trying to get a bartender’s attention to order an espresso, and his slogan “It seems easy …” are now engraved into the memory of Italians. 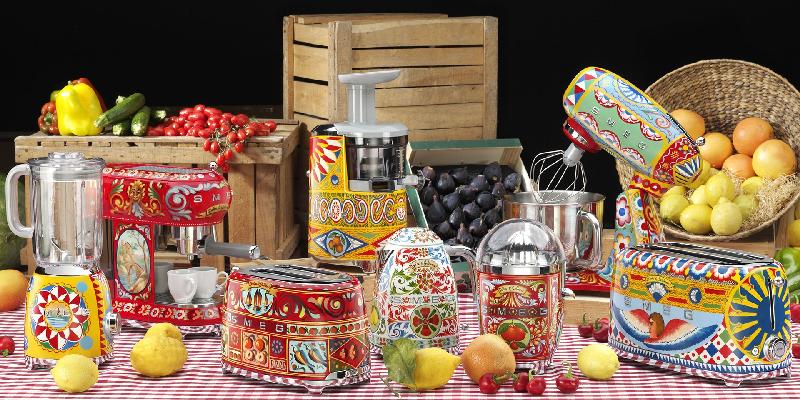 Sicily is my Love: Dolce&Gabbana for Smeg

Sicilian aesthetics and state of the art technology also met in a collaboration between Dolce&Gabbana and Smeg. Joining creative forces in a truly authentic Made in Italy project, the unique collection of domestic appliances was created by Smeg with distinct Dolce&Gabbana decorative motifs.

The collection is composed of a slow juicer, blender, toaster (two and four slices), citrus juicer and kettle. 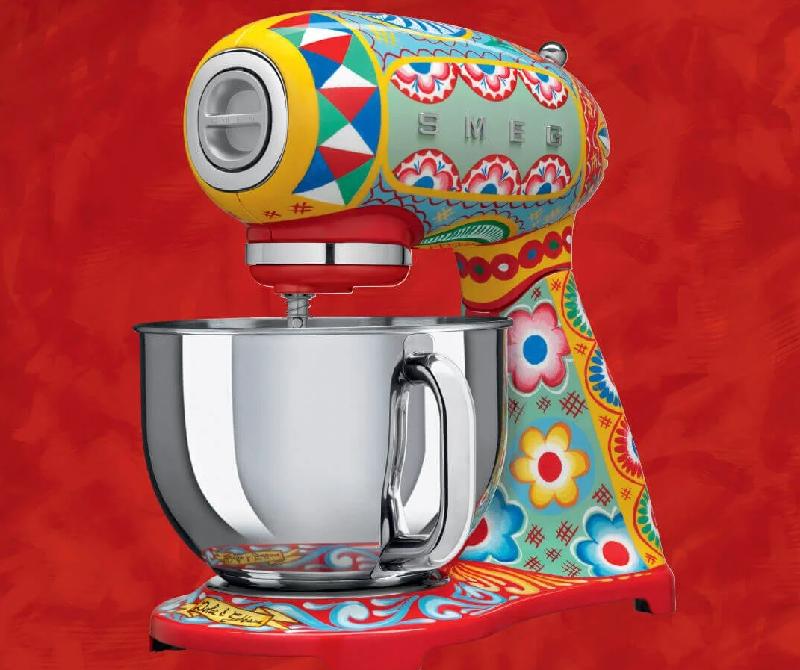 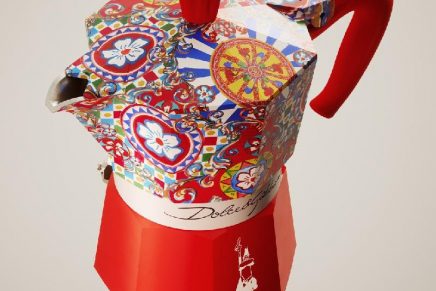 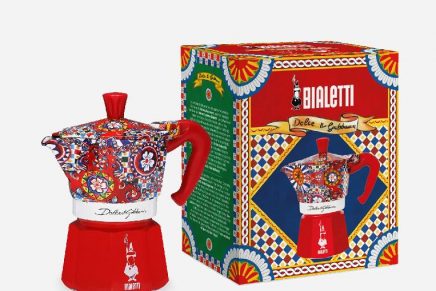 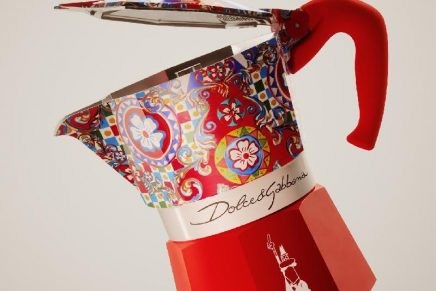 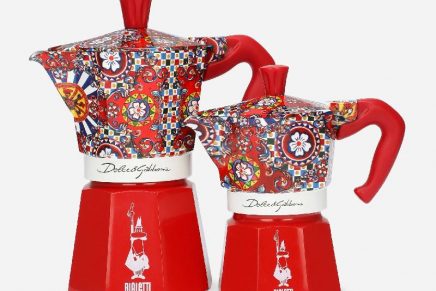 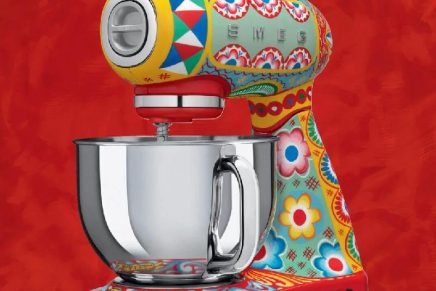 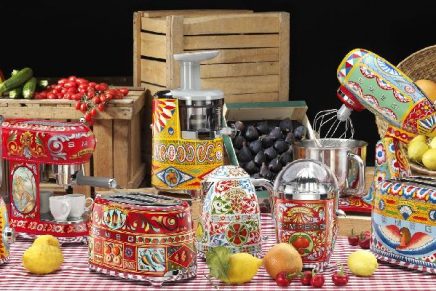