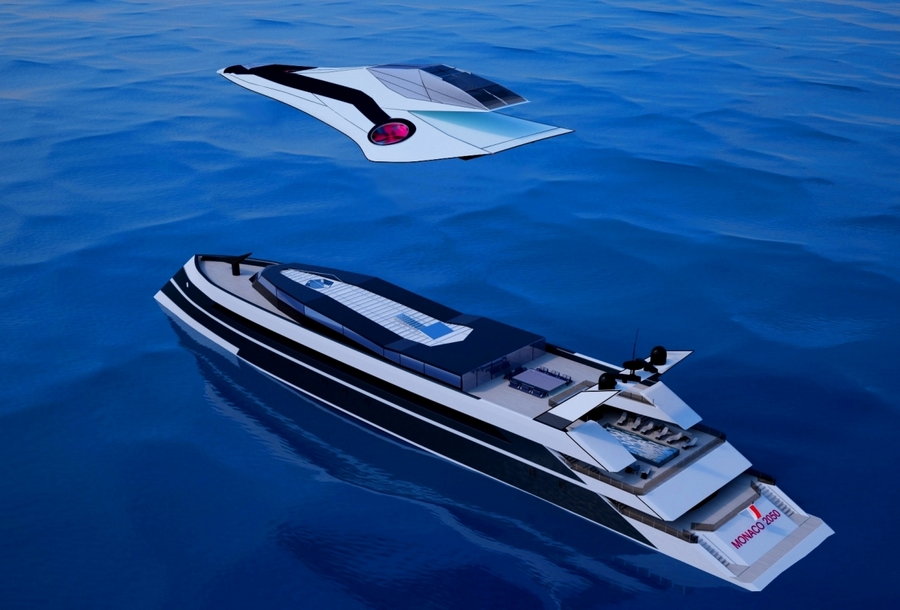 Swimming pools, helipads, spas, a complete range of water toys, and a matching car are a must for today’s superyachts. The vessels of tomorrow will be equipped with private jets and helicopters, says Monaco-based Russian designer and businessman Vasily Klyukin. Last year,  Klyukin announced he paid $1.4 million for a ticket to fly into space on one of the first Virgin Galactic flights. He is the first potential space tourist from Monaco.

Klyukin‘s Monaco 2050 superyacht concept has its very own small private jet to hover above a specially-built deck.

“The upper deck is part of the yacht and the independent aircraft at the same time. If necessary, it will rise upwards with the help of the screws embedded in the wings, becoming a helicopter,” the Monaco-based billionaire told CNN. 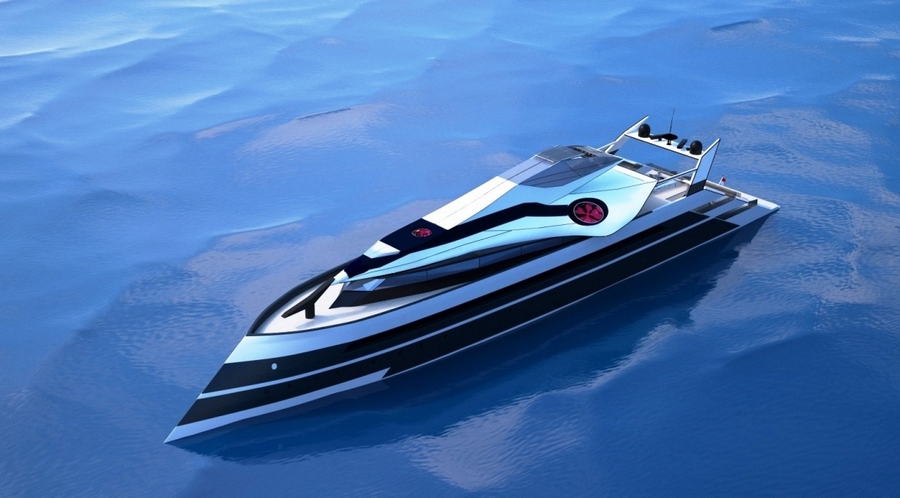 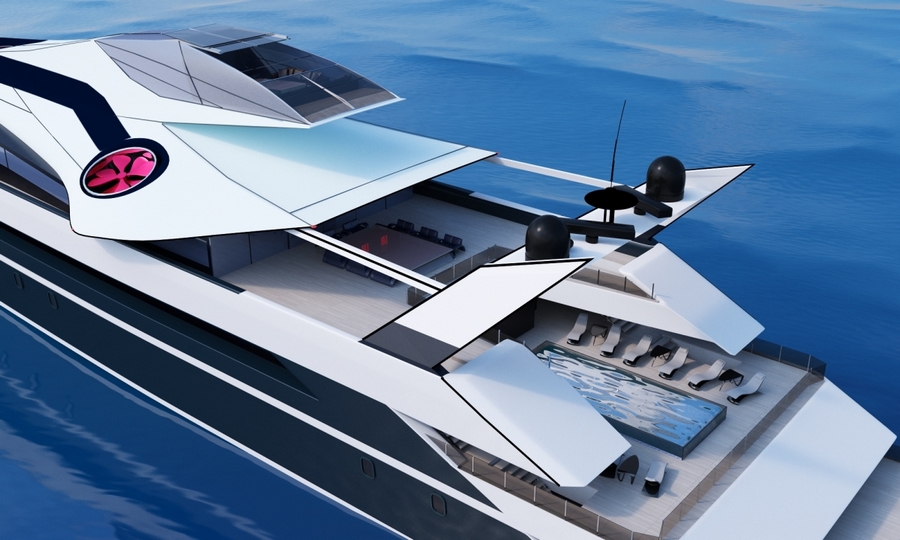 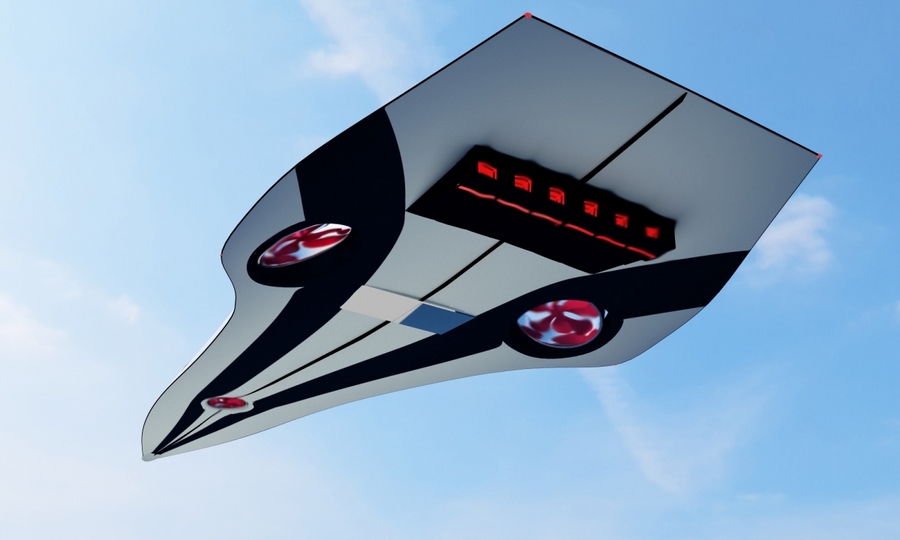 “(It’s not possible) to cross the Atlantic or to fly to Hong Kong by helicopter. Therefore, after gaining the necessary altitude and speed, it’s possible to turn on the jet engines and even go overseas.”

With a proper investment, the superyact can become a reality in the next few years. The billionaire is absolutely surehe will see the yacht built in his lifetime.

“We shouldn’t really have to wait for 35 years. Such a yacht can be started designing even today,” said Klyukin. 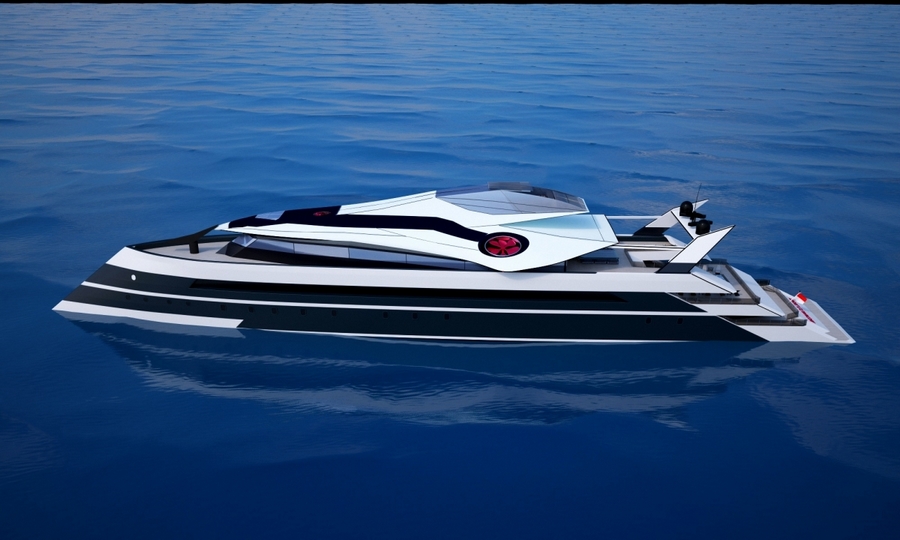 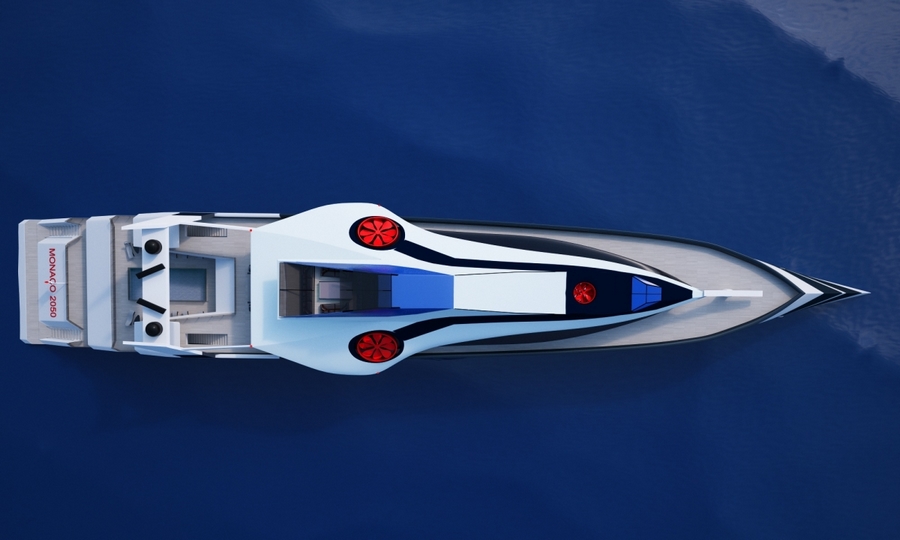 “The development of drone technology and the current achievements of the helicopter industry allow aircraft to reach the desired height, and only then, at the altitude of 1,000 to 2,000 meters, it can be switched to the jet engines.”

Take a look at other sci-fi-inspired yachting projects signed by Vasily Klyukin: 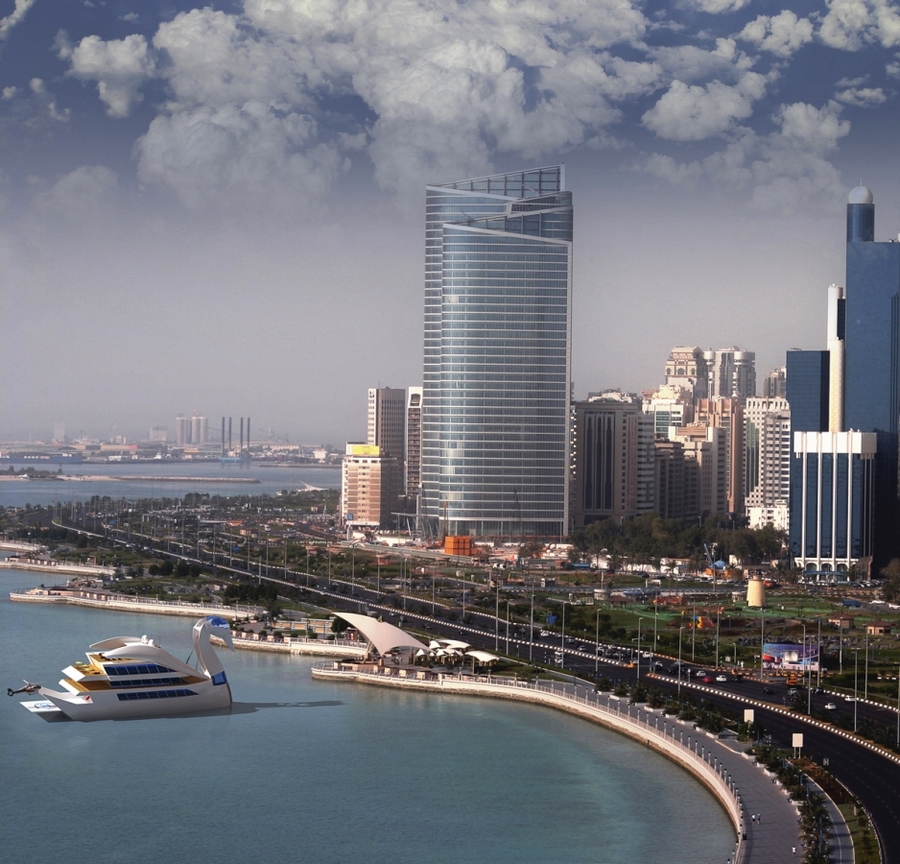 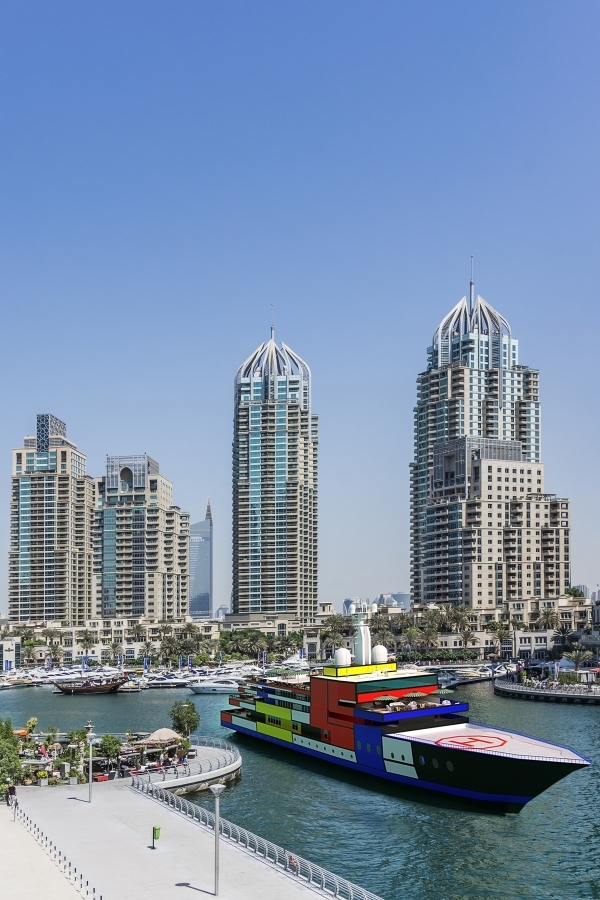 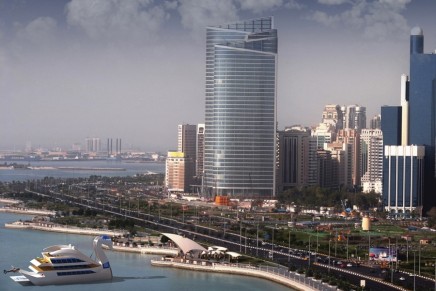 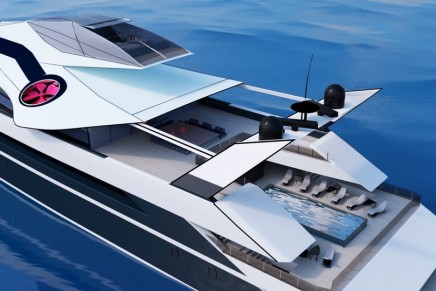 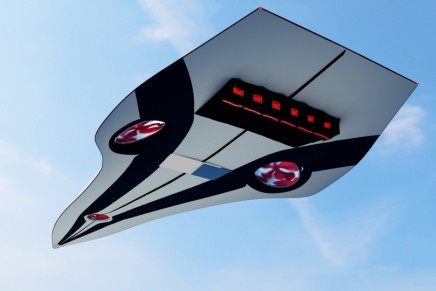 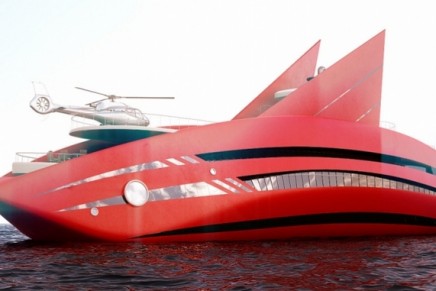 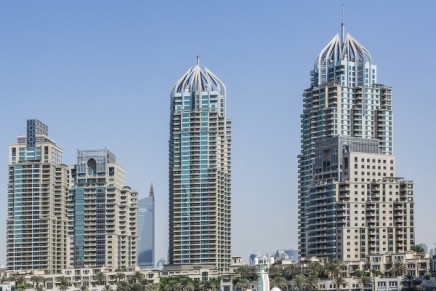 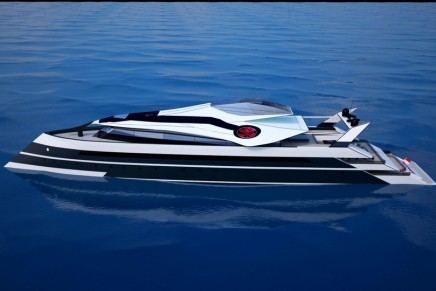 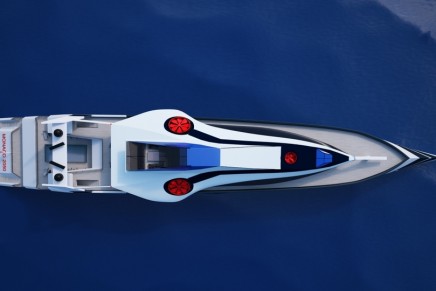 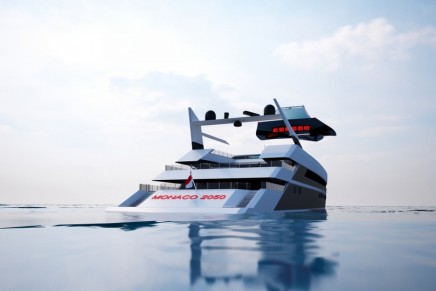 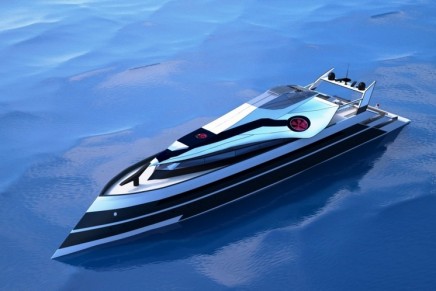 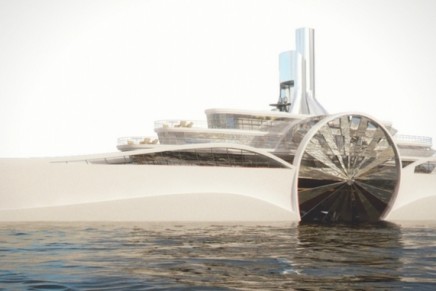 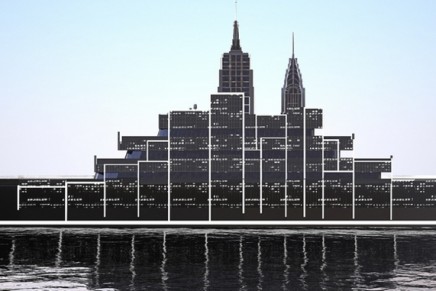 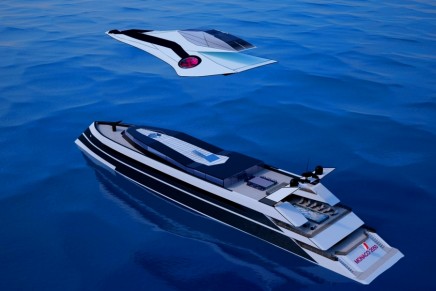 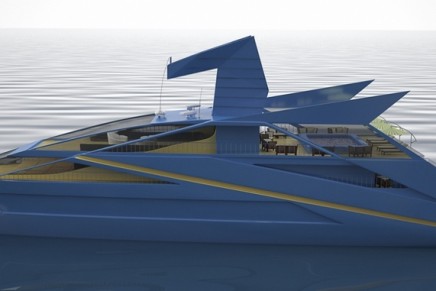