The name “Pista” (Track in English) is a direct homage to Ferrari’s heritage in motor sports. Ferrari promises its new 488 Pista will offer impeccable track-like performance on and off the road, even when in the hands of non-professional drivers. The Ferrari 488 Pista will be unveiled at the upcoming 88th International Motor Show Geneva, Palexpo, 8rd to 18th March 2018.

The luxury car’s development evolved directly from the company’s involvement in the FIA World Endurance Championship – where it has won five Manufacturers’ titles in the GTE class in the six years since the series’ inception, taking 29 out of 50 races – and 25 years’ experience in running the Ferrari Challenge one-make series.

The Ferrari 488 Pista’s extensive weight saving solutions, along with engine, vehicle dynamics and aerodynamic developments all derive from Ferrari’s racing cars: the 488 GTE and the 488 Challenge.

Compared to the 488 GTB, the new model weighs an impressive 90 kg less (1280 kg dry) which, when combined with the largest ever increase in engine power for a special series car (+50 cv), results in a new benchmark for Ferrari’s V8 sports cars.

Its engine is the most powerful V8 in Ferrari history and is an extreme evolution of the turbo unit that has won the overall International Engine of the Year award titles in both 2016 and 2017.

The engine sound is unique and unmistakably Ferrari, as such a special car warrants. Both the sound quality and the intensity are higher than the 488 GTB in all gears and at all engine speeds in proportion with the progressive increase in power.

The vehicle dynamics were designed to enhance driving pleasure and make the car’s full potential available to all drivers, professional or otherwise. The objective was to make the car’s performance on the limit easier to reach and control.

This was achieved by synergies between the development of the mechanical set-up and the electronic dynamic controls integrated into version 6 of the Side-Slip Angle Control system. SSC 6.0 incorporates all the following systems: E-Diff3, F1-Trac, the magnetorheological suspension (SCM) and, for the first time ever, the Ferrari Dynamic Enhancer. The FDE features a world-first: it uses Ferrari software to adjust the brake pressure at the callipers. 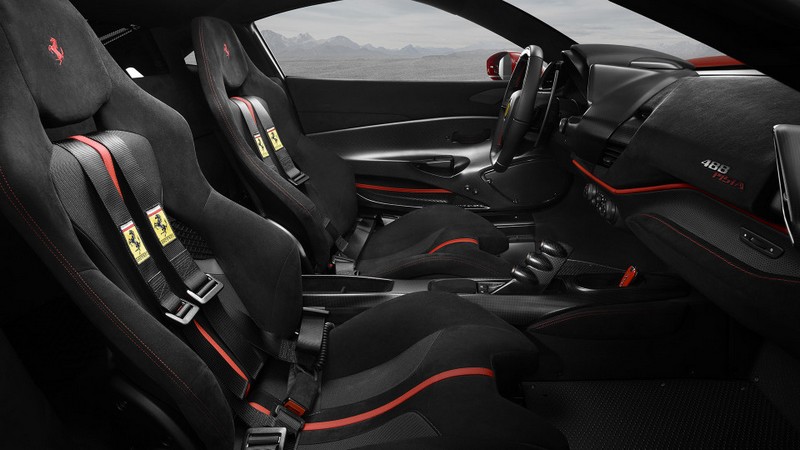 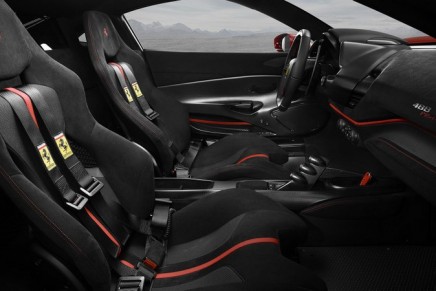