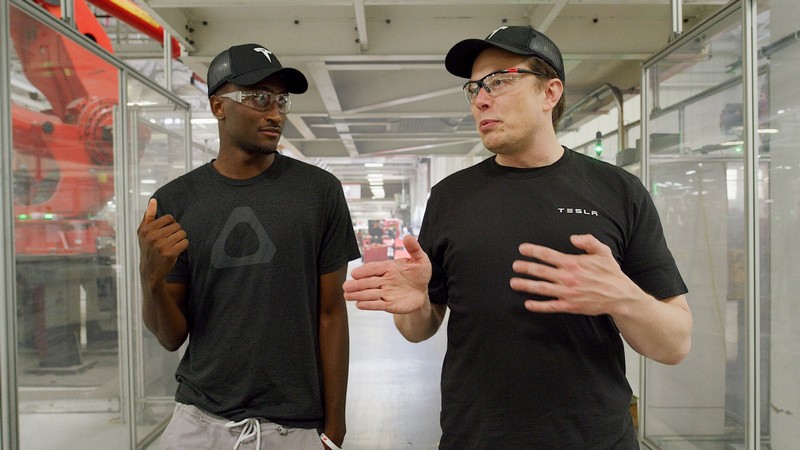 Elon Musk has toppled Bill Gates as the world’s second-richest person, only a week after the Tesla co-founder overtook Facebook’s Mark Zuckerberg to become the third-richest.

Driven by a further surge in Tesla’s share price, the 49-year-old entrepreneur’s net worth rose by $7.2bn (£5.4bn) to $127.9bn. It has soared by more than $100bn this year – outranking everyone else on the Bloomberg Billionaires Index, which lists the world’s 500 richest people. In January, Musk was in 35th place.

The maverick chief executive of the electric car company is now ranked immediately behind the Amazon boss, Jeff Bezos.

Tesla’s shares have surged since the company was selected to join the S&P 500 index of leading US companies a week ago, driving its market value close to $500bn. Three-quarters of Musk’s net worth comes from Tesla shares.

If Tesla’s share price growth continues, Musk could net a bonus deal worth a record $55.8bn. To trigger the maximum payout he has to build Tesla into a $650bn company by 2028.

Tesla has the highest market value of any car company in the world, even though it makes far fewer vehicles than others. It is expected to deliver up to 500,000 electric vehicles this year, compared with Japanese carmaker Toyota’s annual production of about 10m.

Musk is also involved in spacecraft through his company SpaceX, which last week sent four astronauts to the International Space Station on its Falcon rocket and Dragon capsule under a commercial contract with Nasa. SpaceX is about to launch 60 broadband internet satellites into orbit, after suffering delays due to poor weather conditions.

Gates, who co-founded Microsoft, was the world’s richest person for years before being knocked off the top slot by Bezos in 2017. Gates’s fortune is worth $127.7bn but would be higher had he not donated large sums to charity over the years. He has given more than $50bn to help fight diseases and tackle poverty, mainly through the Bill and Melinda Gates Foundation, which has also backed the development of Covid-19 vaccines.

Despite the pandemic, which has resulted in business closures and job losses, this year has been a good one for those listed on the Bloomberg index, who have collectively gained $1.3tn since January.

A week ago, Musk overtook Zuckerberg and advanced into third place. The 36-year-old Facebook founder has fallen back into fourth spot this week, behind the French businessman Bernard Arnault, the chief executive of LVMH, the world’s largest luxury goods company.