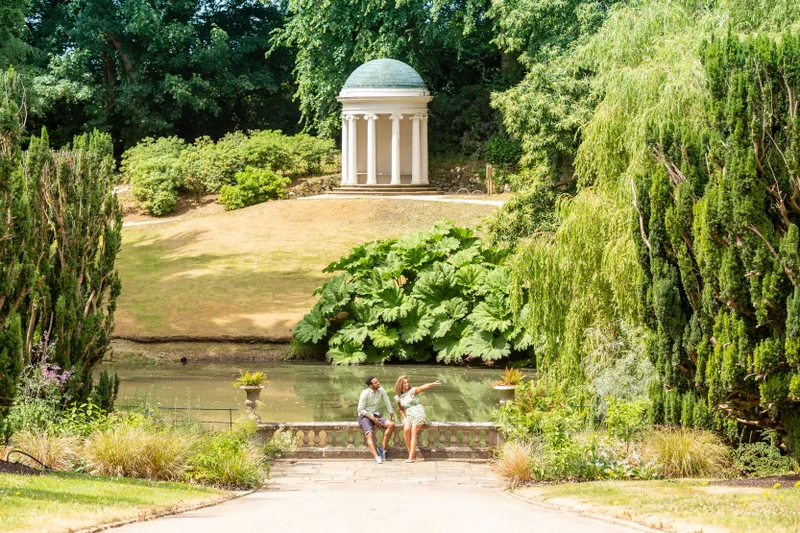 This article titled “Belfast to the Causeway Coast: five of the best holidays in Northern Ireland” was written by Nicola Brady, for theguardian.com on Friday 28th August 2020 14.27 UTC

The coastal route that meanders along the top of Northern Ireland is one of the best road trips you could ask for. The scenery ticks all the boxes – you weave alongside the shore, driving by striking clifftops and pristine little bays, while passing through charming towns along the way.

While the route itself is relatively short, at around 200 miles, this is a journey you want to take your time with. Sure, you could tick off the main sights fairly quickly, but where’s the fun in that? Instead of simply stopping into the Giant’s Causeway, take the time to hike the new 11-mile cliff path that rises above this Unesco world heritage site – the views along the coast are incredible. Instead of driving, you can take the old Giant’s Causeway and Bushmills Railway line from the village, arriving at this gorgeous spot on a vintage train.

The coast is dotted with gorgeous country B&Bs, particularly on Whitepark Road and Causeway Road, or you can set up base in the picturesque harbour town of Portballintrae. As you get closer to Portrush, the beaches widen out to reveal beautiful stretches of white sand – the beach at Whiterocks is one of the best in Northern Ireland. Portstewart Strand is a fantastic walking spot, and it’s blessed with incredible seafood restaurants such as Harry’s Shack, where impeccable dishes are served with a heavenly sea view on the side.

Over in the west, Fermanagh is one of the most beautiful counties in Northern Ireland, but one that’s a little off the tourist radar – which makes it a dream to explore (and it’s only an hour and a half’s drive from Belfast, too). Out in Fermanagh, the wide expanse of glorious countryside is filled with beautiful waterways – from huge lakes peppered with islands, to pretty little rivers that weave throughout the woodlands. As such, it’s a great place for water sports – you can take to the water on a kayak, enjoy a boat trip or try your hand at angling.

There’s a rich historical tapestry in Fermanagh, too. On the tiny White Island, a line of mysterious carved figures can be found within a wall that dates back to the 6th century, as well as a 12th-century church, set on the site of an earlier monastic settlement.

When it comes to accommodation, the options are top-notch. Lough Erne Resort once played host to the G8 summit, and is a paradise for golfers – the course was designed by Sir Nick Faldo and has incredible views over the lakelands. And in the depths of the forest along the lakeside, Finn Lough has unique bubble domes in which you can sleep. Kitted out with sumptuous beds and antique furnishings, you can lie back in comfort as you gaze upon the sky right above your head.

Make your way through the Mourne Mountains and you might well feel an odd sense of nostalgia – a feeling of recognition that you can’t quite put your finger on. That could be because this is the land that inspired CS Lewis to write the Chronicles of Narnia, with its mysterious peaks and loughs that shimmer in the sunlight.

As you might expect, this is prime hiking territory – the walking trails here are legendary, whether you want to scale a mountain and take in the incredible views, or take a more leisurely stroll along the river’s edge. Head a little further towards the coast and there are some gorgeous sandy beaches to be found – the stretch of bays around the Ardglass area is truly stunning.

If you want a bit of luxury to offset all the hard work, Slieve Donard Resort & Spa is set on the shore of Dundrum Bay and overlooks Slieve Donard, the highest mountain in Northern Ireland. Known for its impressive spa, it’s in the perfect location to explore the wild countryside.

The fact that the city is such an easy hop from Great Britain makes Belfast a no-brainer when it comes to a city break. But while the city is a wonderful destination in itself, with an incredible food scene, cool bars and a vibrant energy, there are some fantastic spots right on the doorstep that add to the whole package. Head out of the city and within minutes you can be driving along the coast, weaving on a road that skims the water’s edge.

Just half an hour from the city is The Gobbins, on Islandmagee. This cliff path was initially developed in 1902, and leads you on a trail built right into the rock, through tunnels and over suspension bridges, until you reach a puffin colony at the end. The views from every point are sensational, even on the wildest of days. Although the cliff path is currently closed, it’s due to reopen on 1 September.

Head inland from the city and in 20 minutes you’ll be at Hillsborough Castle and Gardens, the official residence of the Queen and other members of the royal family in Northern Ireland. Here, you can explore the elegant state rooms or walk around the 100 acres of immaculate gardens.

And if that’s not enough exploring, Titanic Belfast, the world’s largest Titanic visitor experience, has plenty to keep you occupied; from guided tours to interactive galleries. While the Ulster Museum, located in the Botanic Gardens, is a must for art lovers.

If you’re after wildly beautiful, rugged solitude, then Strangford Lough – the largest inlet in the British Isles – is the perfect destination. The shores of this giant lough (which was recently visited by two young orcas) have a desolate charm that is irresistible, particularly in the autumn months when the leaves change and the rolling fields and mountains are ablaze in colour.

It’s a hotbed for culinary delights, too – in the tiny village of Killinchy, Balloo House is home to two incredible restaurants, a casual bar downstairs and the luxurious Overwood restaurant upstairs, where you can find the best local ingredients transformed into plates that are as delicious as they are beautiful. If you want to get back to basics, you can learn all the country cooking skills at Tracey’s Farmhouse Kitchen, a thatched cottage on the lough, just outside Killinchy, with workshops in bread making and baking. You will need to book in advance, which you can do online.

And if you want to tick off some National Trust buildings on your list, Mount Stewart is one of the most inspiring and unusual gardens you’ll ever see, while the eccentric Castle Ward is famed for its beautiful gothic style.

There’s plenty to keep thrill-seekers happy too. Strangford Lough Activity Centre offers a range of land and water sports, from canoeing and kayaking to raft building and wet bouldering. And it’s only a 30-minute drive from Belfast.

Get advice about travelling to Northern Ireland, including the latest information on Covid-19 restrictions at nidirect.gov.uk/coronavirus