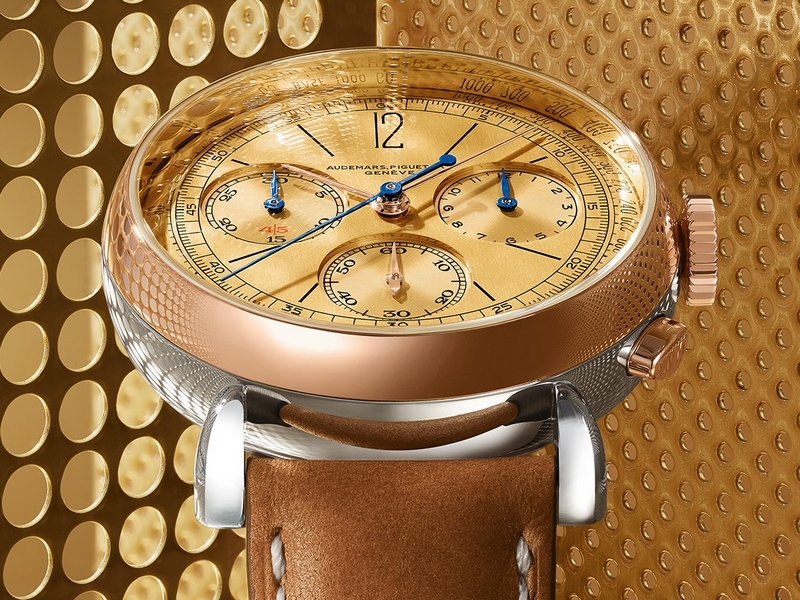 A contemporary watch that evokes the past

The Musée Atelier Audemars Piguet opened its doors a month ago. The Audemars Piguet museum explores the luxury watchmaking manufacture history through over 300 watches, each telling a unique story from the Swiss brand’s past. The luxury house is celebrating the milestone with [Re]master01 Selfwinding Chronograph. This limited edition of 500 pieces evokes the highly distinctive design attributes of the original chronograph wristwatch from 1943, with its two-tone steel and pink gold case enhanced with a champagne dial. 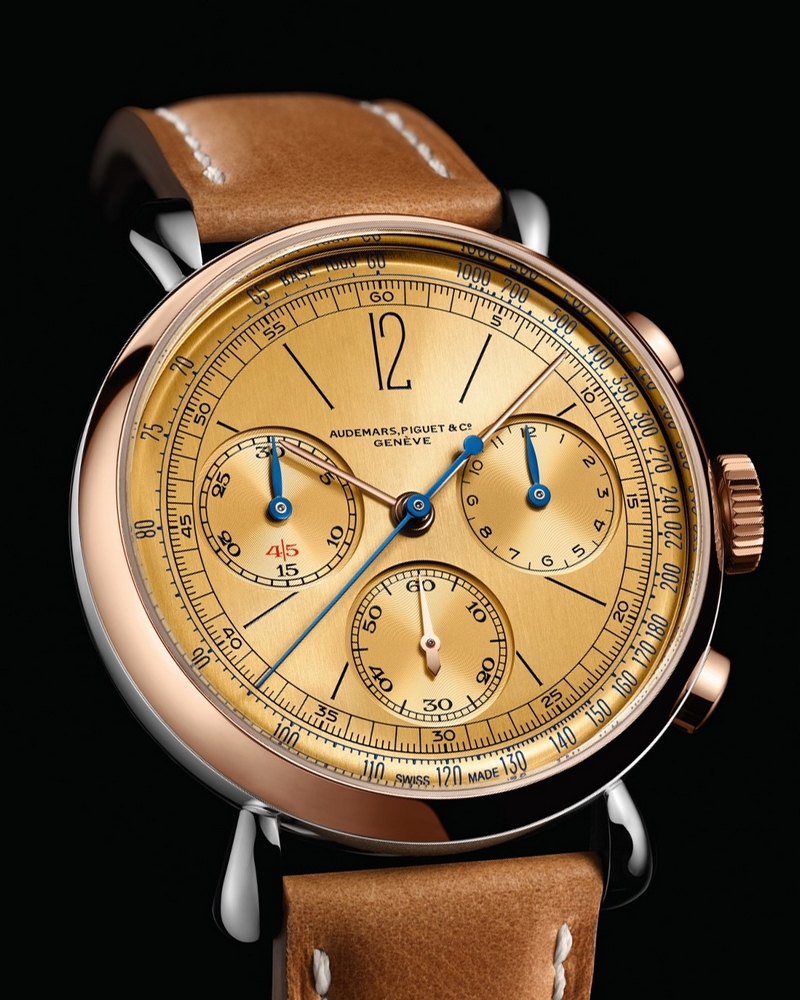 Audemars Piguet [Re]master01 Selfwinding Chronograph unites 1940’s design with contemporary technology, visible through a new sapphire crystal caseback. The design of the watch is very esoteric and unusual. The dial has so much character and so much life. According to Audemars Piguet’s François-Henry Bennahmias, “you can see the humanity throughout the watch.”

When the watch came up in 1943 it was a unique watch. Because Audemars Piguet never made a serie actually before 1951. Every single watch was unique.The high-end brand’s goal was to re-adapt completely the vibe from 1943 and bring it to 2020.

Faithful to the original design language of pre-model 1533 from 1943, [Re]master01 features a round case and lugs in stainless steel, enhanced by a bezel, oliveshaped pushers and chamfered crown in 18-carat pink gold. The teardrops lugs highlight the two-tone case’s harmonious curve, while the very thin bezel provides unobstructed view on the dial’s detailed work. The case has been meticulously polished by hand. 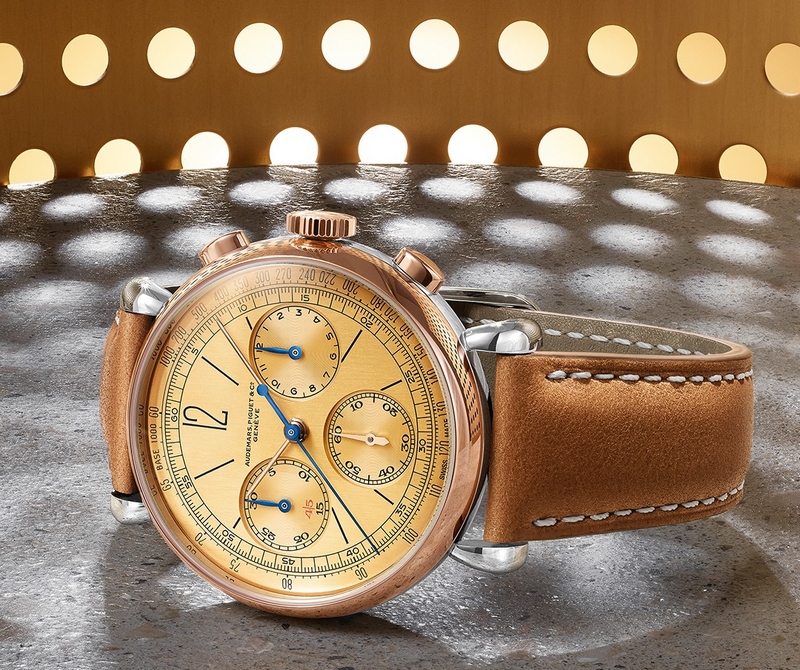 Similarly to the 1943 wristwatch, [Re]master01 features the signature “Audemars Piguet & Co Genève” on the dial. From around 1885 to the mid1970s, AP had a workshop in Geneva to be closer to end clients and facilitate distribution within Europe and beyond. When APstarted to sign its watches in the early 20th century, the city of Geneva was frequently mentioned on the dial.

[Re]master01 is equipped with the Manufacture’s newest generation of selfwinding chronograph mechanism: an integrated chronograph with column wheel and flyback function.

According to Hodinkee, “this is one of the better releases I’ve seen over the last year. It’s beautiful, it’s technically impressive, and it’s a watch that contains a lot of stories and history in a wearable, not-too-fussy package. If you’re looking for a high-end chronograph that’s a little bit different than the usual suspects, this is your watch.” 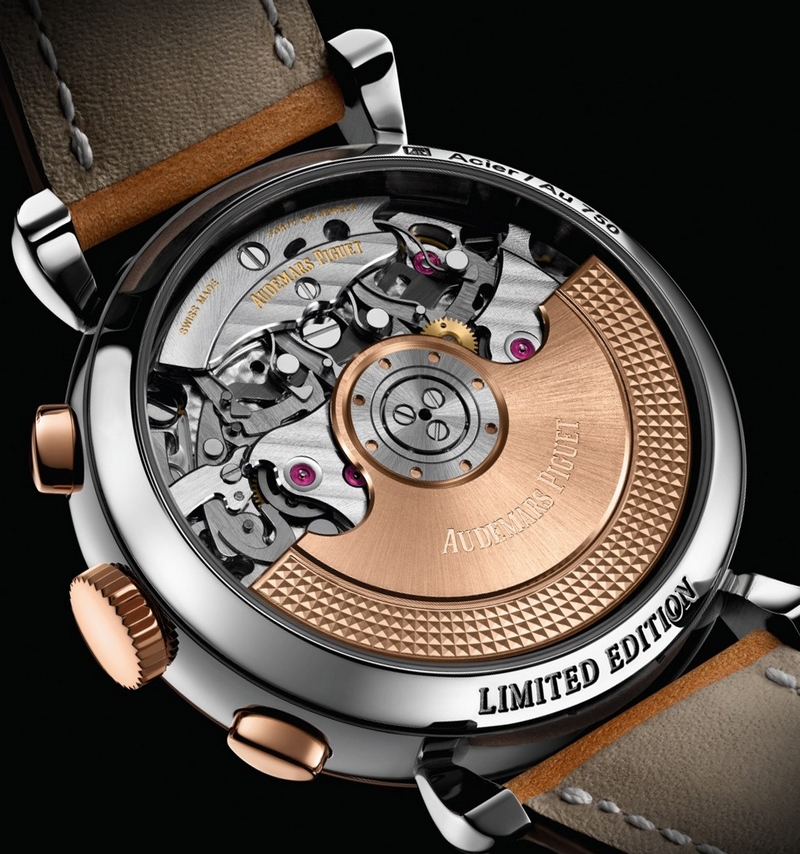 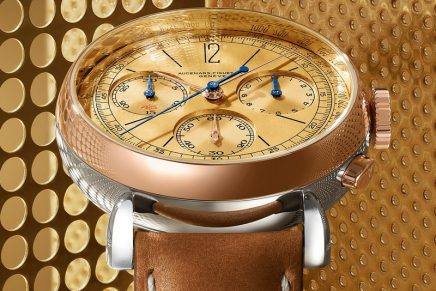 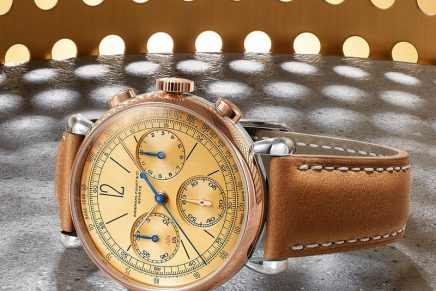 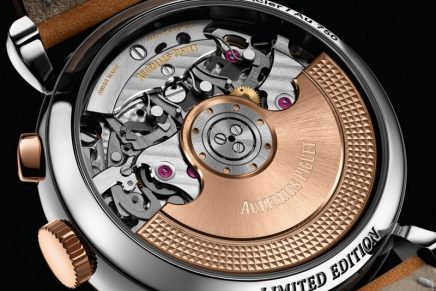 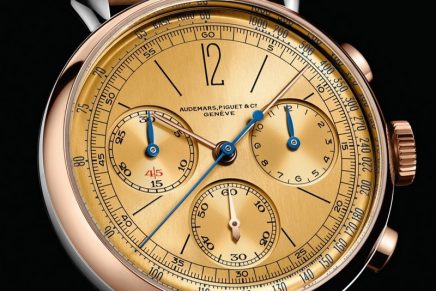