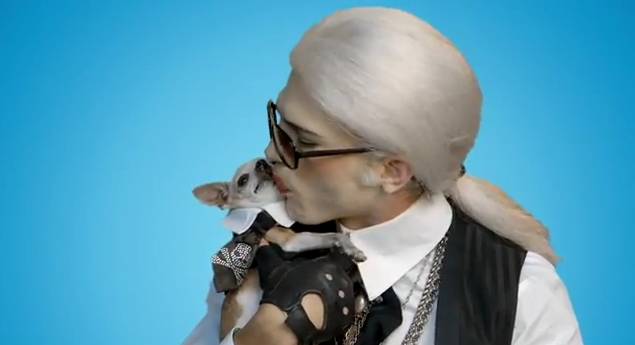 Actor Ashton Kutcher (The Butterfly Effect, Two and a Half Men) spoofs Chanel creative director Karl Lagerfeld in a new comedy web video series. Ashton Kutcher’s character is called Darl and he is a fairly exact copy of its real version in terms of clothing. Karl Lagerfeld’ kitten named Choupette was replaced by a tiny Chihuahua called Poo-poo.