“Luxury is GREAT” landed in Milan.

In Milan this winter, the Montenapoleone District Seasonal celebrations include a unique showcase dedicated to British luxury tableware and giftware. To the 7th January a glass case titled ‘Luxury is served: a selection of Art de la Table from the UK’ has been installed on Via Montenapoleone. 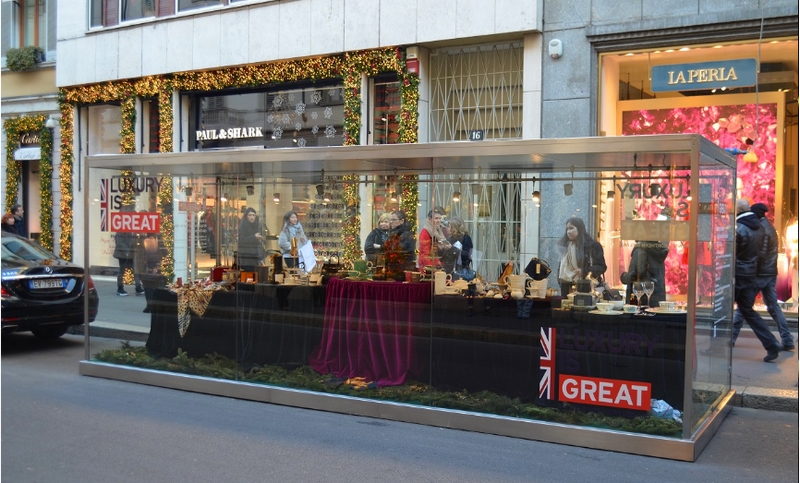 A shining showcase of tableware and giftware for 2017-2018 Season at the heart of the luxury shopping district in Milan, branded ‘Luxury is Great’ – one of the pillars of the Great Campaign, carried on by the UK Goverment and aimed to promote British excellence in the world. This is an initiative organised by the consumer and luxury trade team of the Department for International Trade in Italy (DIT), led by Marina Iremonger, who also curated the showcase.

This project is the result of an on-going collaboration between DIT, the British Consulate General Milan and the Montenapoleone District – an association including 150 global luxury brands with boutiques in the fashion district. Milan is now the top city in Italy for new store openings, the second in Europe – alongside London – and the fourth globally.

Tim Flear, British Consul General in Milan, said: “Italy is one of the top destinations for international tourists mainly thanks to its diverse and high-quality shopping experience. Luxury is the sector that keeps high-performance sales thanks to the large flow of Chinese, American and Russian buyers. Milan represents a must market-place for luxury UK brands and I hope our project will contribute to the success of all brands which showcased in Via Montenapoleone”. 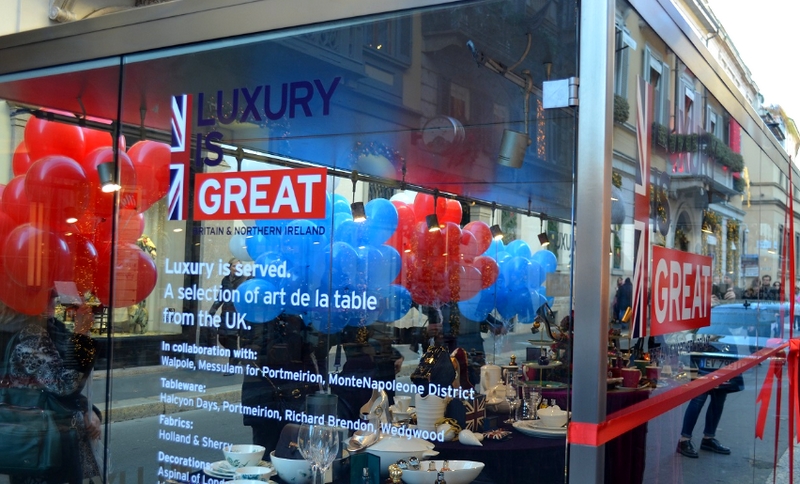 Walpole members were selected for the showcase in Via Montenapleone and their products are be displayed on the five tables set up in the glass case. One of the tables is dedicated to Wedgwood, the historic chinaware brand with an heritage of over 250 years.

Walpole member Halcyon Days displays artisanal giftware, chinaware and enamel accessories. The company holds all three Royal Warrants to the British Royal Household as suppliers of Objets d’art. Another table features a showcase of chinaware and crystal from Richard Brendon, a brand founded in 2013 by a young designer and a Brands of Tomorrow in 2016. Another Walpole Brand of Tomorrow is Camilla Elphick, whose shoes also featured in the display.

Clive Christian, the exclusive perfume brand created by the famous eponymous designer who took over one of the oldest perfumery houses, the Crown Perfumery Company, whose iconic classic bottle and precious ingredients are still used today also feature in the showcase. As do Ettinger, a luxury leather brand founded in 1934 and honoured with a Royal Warrant; and Molton Brown, who create nature inspired products using the finest and rarest ingredients, always embellished with a contemporary design.

“The luxury sector is currently worth £32 billion to the UK economy, representing 8% of total exports and growing by 10% per year with 115,000 employees. Walpole aims to not only protect and promote the most well-established UK luxury brands but also to support and mentor new talented designers so to untap their potential,” said Helen Brocklebank, CEO of Walpole. 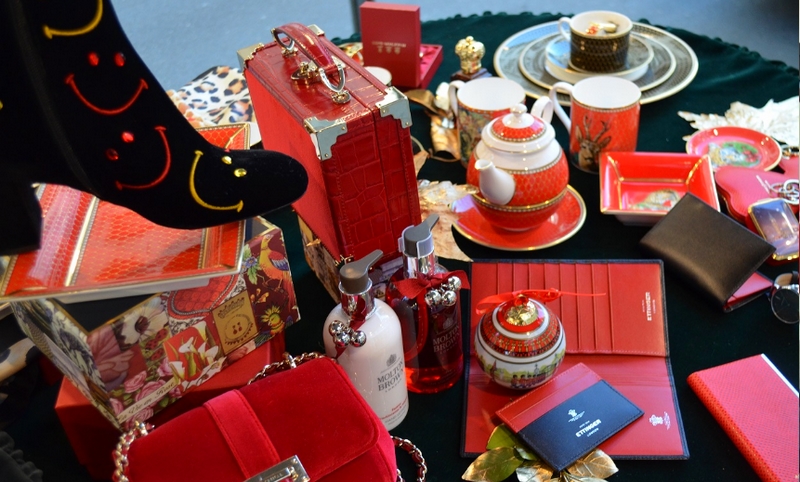 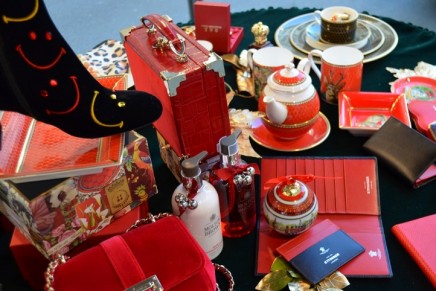 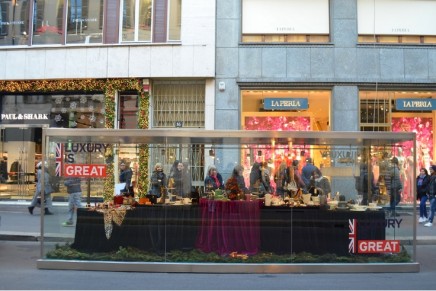 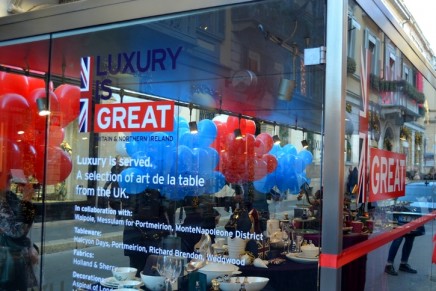 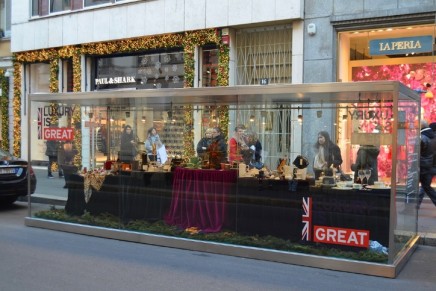