Supercar Manufacturer, Zarooq Motors, Launches the Production of a Limited Edition, the SandRacer 500GT. You can take it even to the toughest dunes of the Arabian Desert. 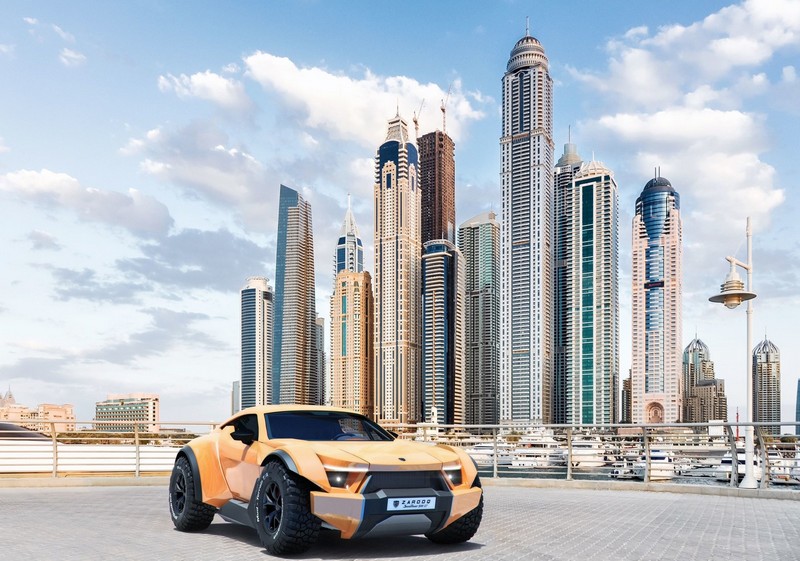 Dubai Supercar manufacturer Zarooq Motors launches limited edition SandRacer 500 GT with interior by Mansory. The initial design of the SandRacer was revealed by the new supercar manufacturer during the Abu Dhabi F1 GP in December 2015. Today, Zarooq Motors announces that after thorough testing and numerous mechanical and design improvements, the first batch of the luxury supercar car is ready for production.

The limited edition SandRacer 500 GT combines the quality and performance of a racing car with the practicality and durability expected from a road-homologated supercar which can be used as a day-to-day vehicle.

The fittings are the ones of top range supercar: digital dashboard, climate control, CarPlay compatible infotainment, power windows, bespoke Mansory carbon fibre seats and steering wheel. The brutal performance (525hp, 660Nm from a tuned 6.2 litre V8 with only 1200 kg) is as potent on the asphalt as off-road with two suspension height settings (road and sand), a unique lightweight racing chassis with a built-in roll cage designed by Campos Racing Grand Prix engineers. 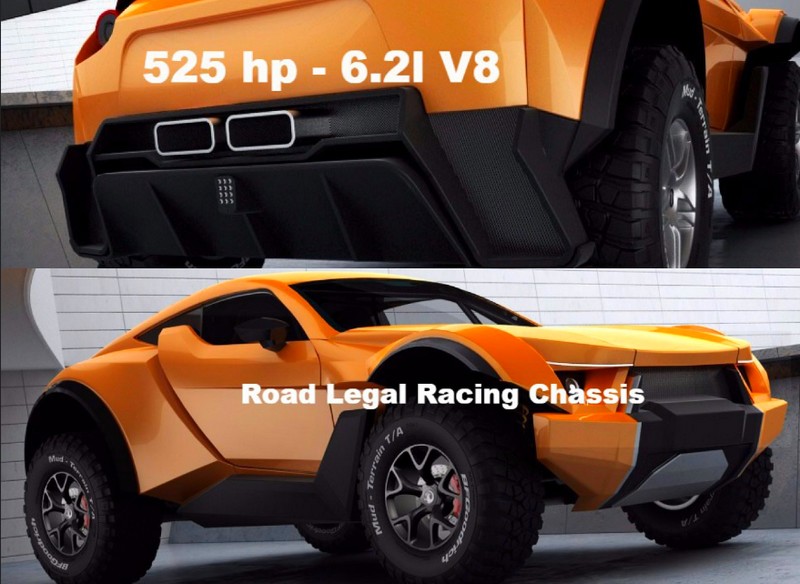 The SandRacer 500 GT is the first production model of Zarooq Motors: a 2-seater, rear-wheel drive, mid-engine supercar with a body penned by a hypercar designer, featuring a luxury hand-stitched leather interior made by Mansory in Germany while the body is made in Belgium, using only carbon fibre. Sales of the first limited-edition series of 35 supercars have started aimed at an exclusive clientele with a price tag starting at $450.000 in the UAE.

“All Supercars look fantastic, feature luxurious racing-inspired interiors and are exclusive high performance machines, but their common denominator is that they are suited to racetracks and certainly not designed for speed bumps. Zarooq Motors makes supercars that are unique since you can take them on a week-end track day or for a luxurious commute in the city but also on any off-road terrain, even the toughest dunes of the Arabian Desert where they were born,” says Mohammed Al Qadi, Zarooq Motors’ executive.

“We have applied our design and craftsmanship know-how as well as luxury materials which we usually use on vehicles like Rolls-Royce or Lamborghini to give the SandRacer’s interior and body a distinctively superior touch,” says Christian Verstappen from Mansory Belgium.

The architecture of the car (space frame racing chassis) has been improved and tested (through a series of virtual crash testing and through significant testing on circuits and Off-Road by professional drivers). The drivetrain is now a longitudinal racing-grade 5-speed sequential gearbox from Weddle industries, to withstand the most demanding conditions. The maximum suspension travel has been extended to 45cm thanks to Dakar-grade Intrax dampers. 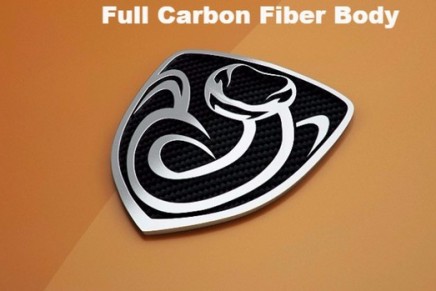 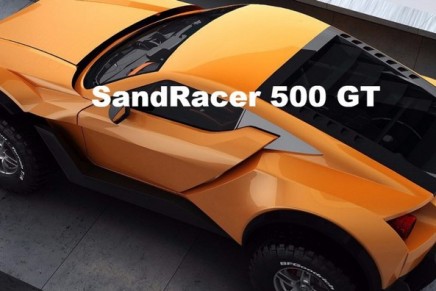 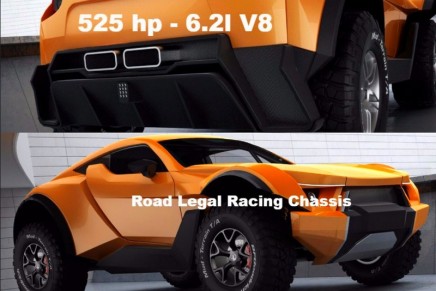