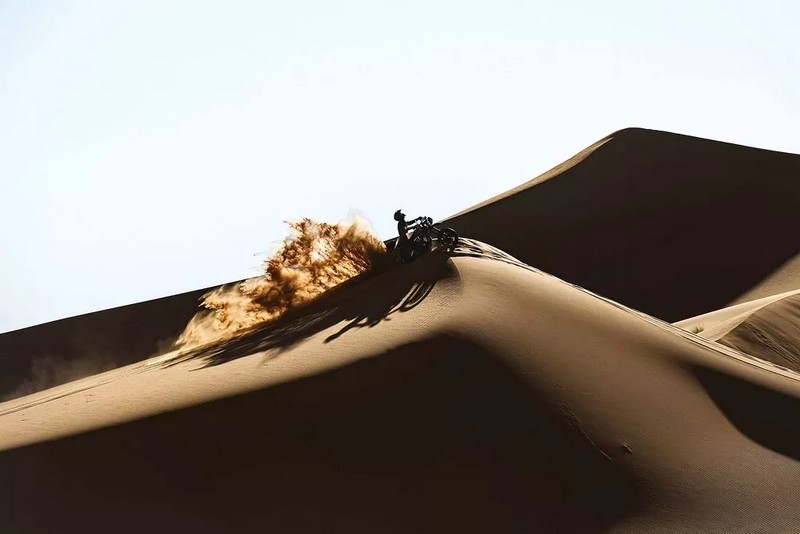 The off-road Harley-Davidson 1200 Roadsters are the creation of Spain’s El Solitario motorcycles and were created for the purpose of spending 10 days in the Saharan desert… with special bikes, tents, clothing and support vehicle completely re-made, re-manufactured and made from scratch just for this trip.

These bikes started out life as Harley-Davidson 1200 Roadsters and are the responsibility of David Borras, the driving force behind El Solitario (translation – The Loner/Lone Wolf), an iconoclastic custom bike builder tucked away in Galicia, north-west Spain.

Turning a pure street-based motorcycle into something that can survive the rigours of the Sahara is no mean feat. But that’s exactly what El Solitario has done. In standard form the Harley-Davidson Roadster is a vastly competent all- rounder, with a sporting edge yet it has the built-in potential to be taken in a variety of directions by a customiser – which is why it was first choice bike of bike for the Desert Wolves’ project. 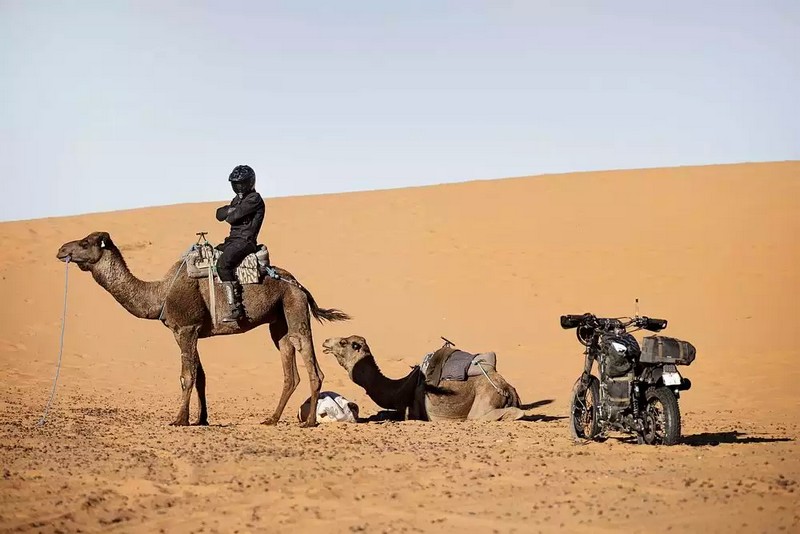 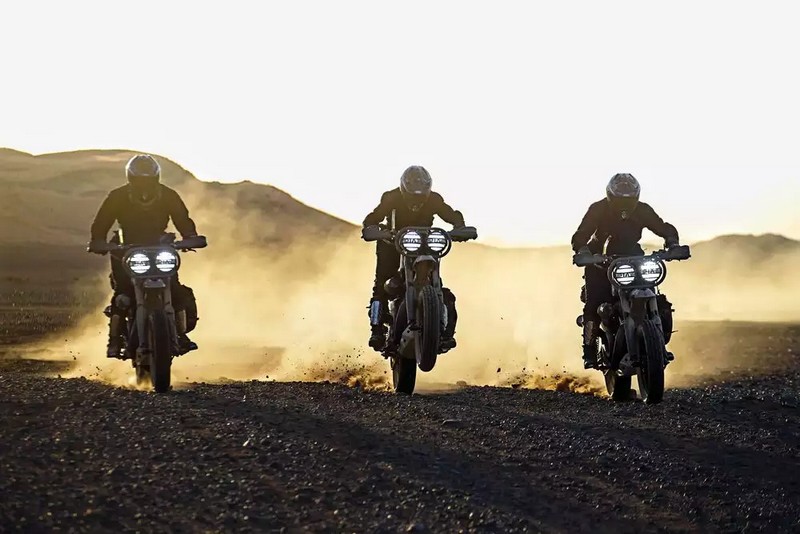 “Under the Desert Wolves Program, El Solitario curated an unprecedented collaboration between high-end brands, focusing on technology, to dissent barriers previously imposed on us. We developed the vehicles, garments and artifacts needed for a ride into the African Sahara,” explained El Solitario.

Some of the transformation was easy – some less so. The suspension was the toughest thing to get right but David went directly to legendary Swedish manufacturer Öhlins. The Roadster’s inverted front fork’s internals were relatively easy to re-valve and re-spring, but replacements for the twin rear shocks needed more work; the combination of stroke length and machine weight (in an off-road environment) had never been a factor for the Öhlins Race Division before – in the end they used specifications for four-wheel All Terrain Vehicle (ATV) shock absorbers to achieve the desired performance.

In fact all of the detail work on the bikes is result of collaboration – Bark Busters designed the carbon-fibre hand guards, and Kineo produced the 19-inch front and rear spoked wheels. Their rims are shod with tubeless Dunlop flat- track tyres deliberately – to keep speeds relatively sensible in deep sand! SC Projects designed and produced the matt black 2-1 exhaust system, ISR the custom brake calipers/discs and Kriega the soft luggage.

The Desert Wolves’ Harley-Davidsons were on display at the 2017 Wheels and Waves, which took place 14-18 June in the charming town of Biarritz, in south west France. 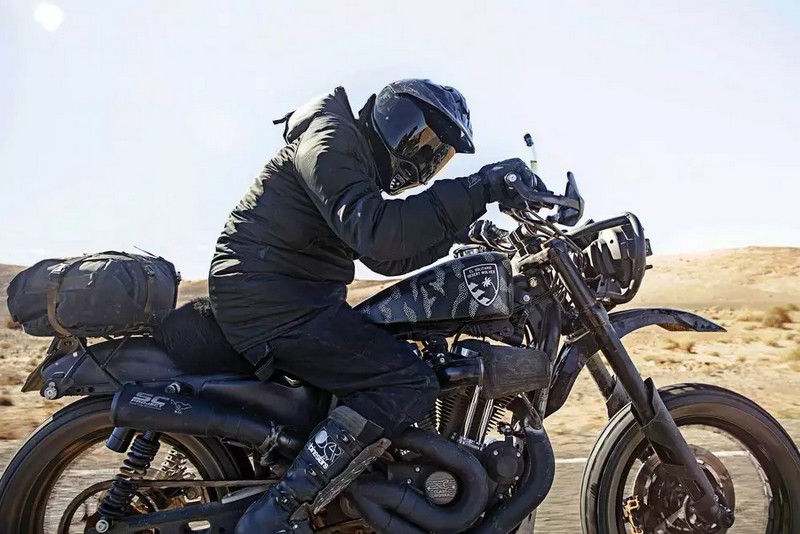 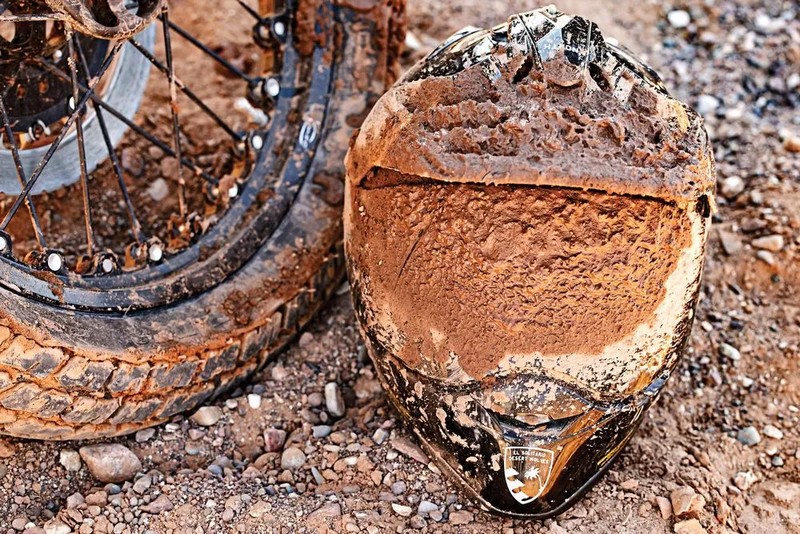 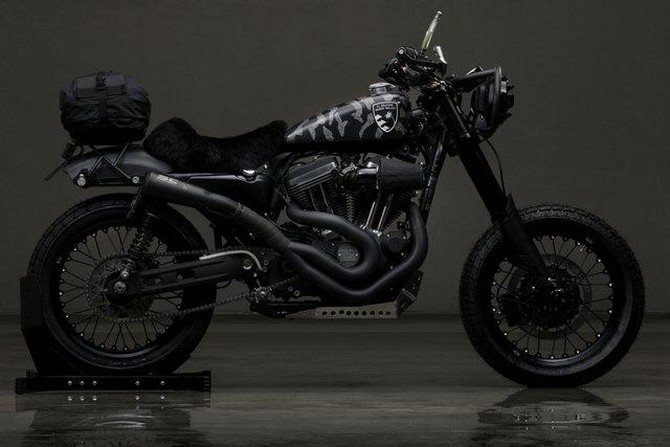 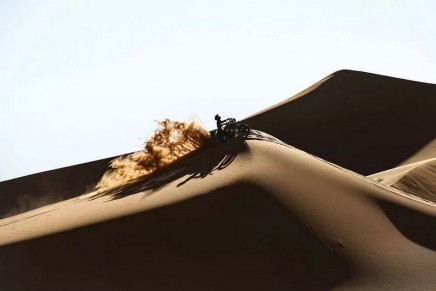 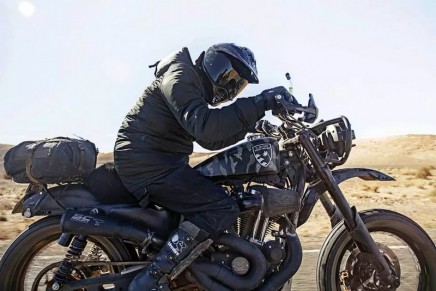 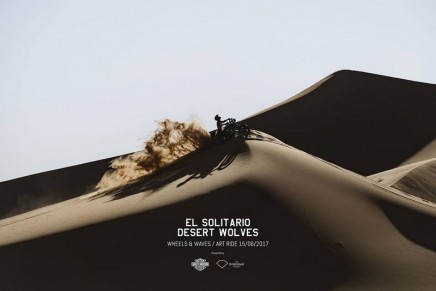 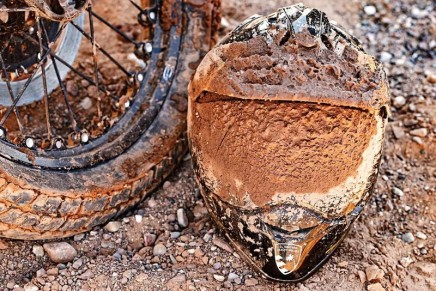 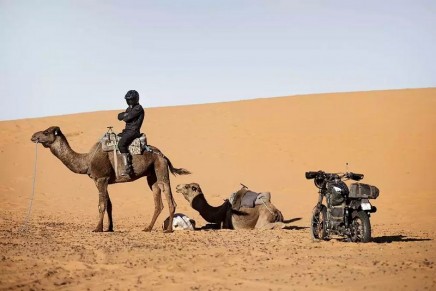 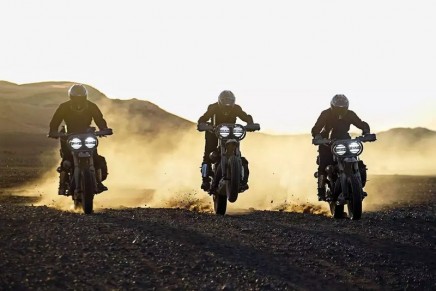 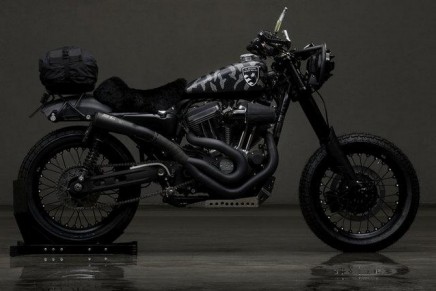