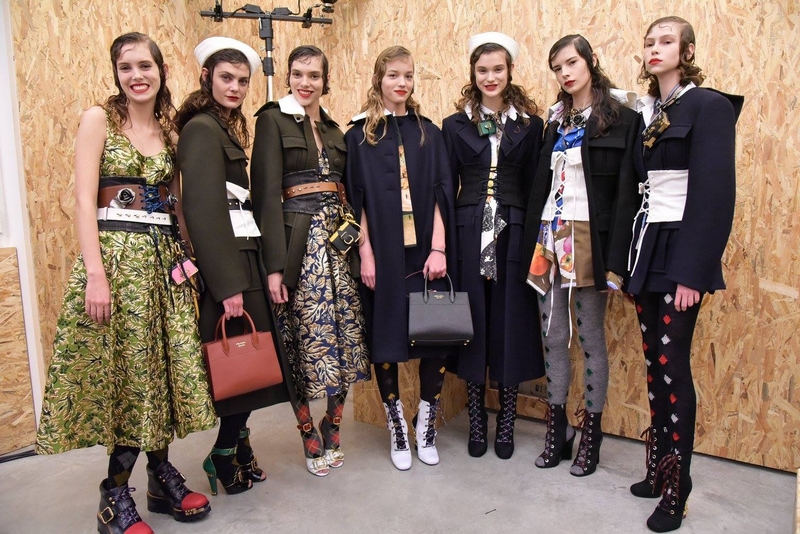 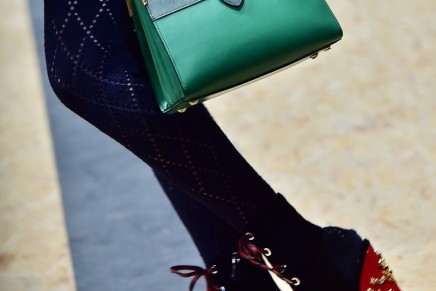 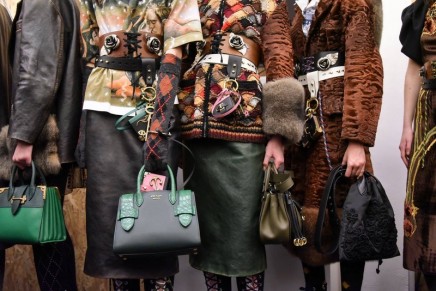 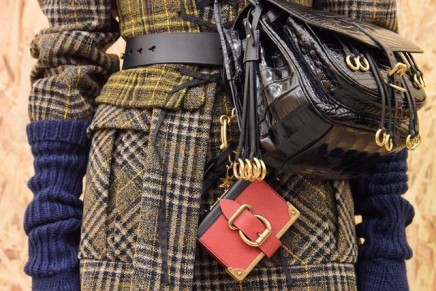 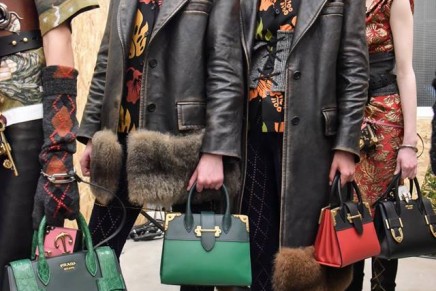 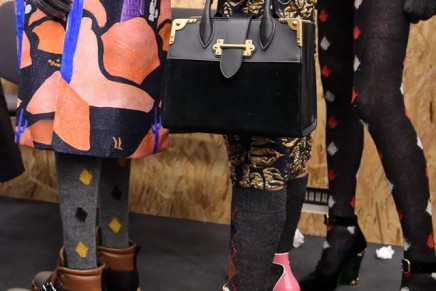 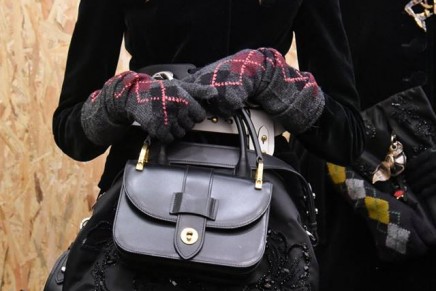 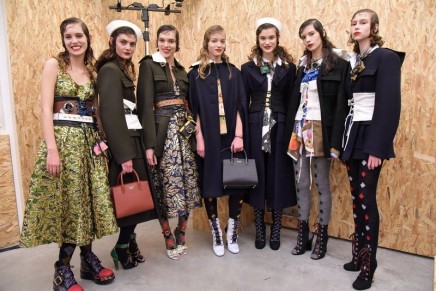 This article titled “Prada thinks differently at Milan fashion week with commentary on glamour” was written by Jess Cartner-Morley in Milan, for The Guardian on Thursday 25th February 2016 20.53 UTC

For example: the rest of Milan puts corsets on models because they look sexy, while at the Prada show on Thursday, corsets in coarse white cotton were layered, unalluringly, over the top of tweedy, countrywoman jackets with hunter-style patch pockets.

Not to be sexy but to make a comment on being sexy. The corset is “a symbol of a woman and of a woman’s life … the woman has been happy or unhappy, who has had love and no love”.

The Prada woman “vagabonds through life,” said designer Miuccia Prada after the show. (As noted, they do things differently at Prada. For example: to vagabond is a verb.)

Most Milan catwalks are essentially a sequence of outfits which illustrate, in the manner of a strip cartoon, what it would look like to be wealthy and glamorous.

This Prada catwalk, on the other hand, was a collage of what Miuccia Prada calls “the history of women, the dramas and happiness of women – when they are beautiful, and when they are horrible”.

So there were rich velvet brocades and utilitarian thick woollen socks; jaunty sailor caps and a gaudy print of Elizabeth Taylor as Cleopatra.

There was backstory in the gold keys hanging from necks and waists, which could suggest either bondage or keepsake, and a sense of jeopardy in the way handbags were worn short-strapped and cross-body, as if the model feared being robbed. (What other designer but Prada can use luxury handbags as a device for narrative tension?)

Asked about the embroidery, Prada said that “gold is a symbol of regality, but also of woman as an object”. When she points out that “the question is, do you make yourself beautiful with gold in order to make yourself an object, or to make yourself in command?” she skewers something interesting about women and fashion.

But compelling though it is, this Prada message is not new. In fact, it has remained unchanged for several years. Meanwhile, the label has suffered consistently disappointing profits for the past two years.

“Analysts still don’t wear Prada” was one headline in the financial press, reporting a like-for-like fall in sales of 7% in the last quarter of 2015.

In December, Prada CEO Patrizio Bertelli blamed a fall in tourist travel, and responded with a turnaround plan “to strengthen relations with our increasingly sophisticated and demanding customer base”.

This includes a new focus on social media as a tool to engage with customers and to better understand them. But the concern for Prada is that the challenging market conditions are hitting them harder than their rivals, suggesting that other labels are gaining ground on the eminence which was once the envy of their brand peers.