Sanlorenzo shipyard once again looks to the horizon and beyond to give rise to original habitat solutions.

A blend of the classic motor yacht with flying bridge, for which San Lorenzo has been and continues to be one of the worldwide leaders, and the Explorer type, the SX range is an “intelligent” proposal where style, flexibility and functional quality come together in a shared language.

The new 34,16 m SX112, the flagship of the innovative SX crossover line, the first in the world of yachting, launched in 2017 by San Lorenzo through the initiative of Massimo Perotti, Executive Chairman of the company, who thanks to his courage and ability to defy conventions has brought a new type of yacht to the market. 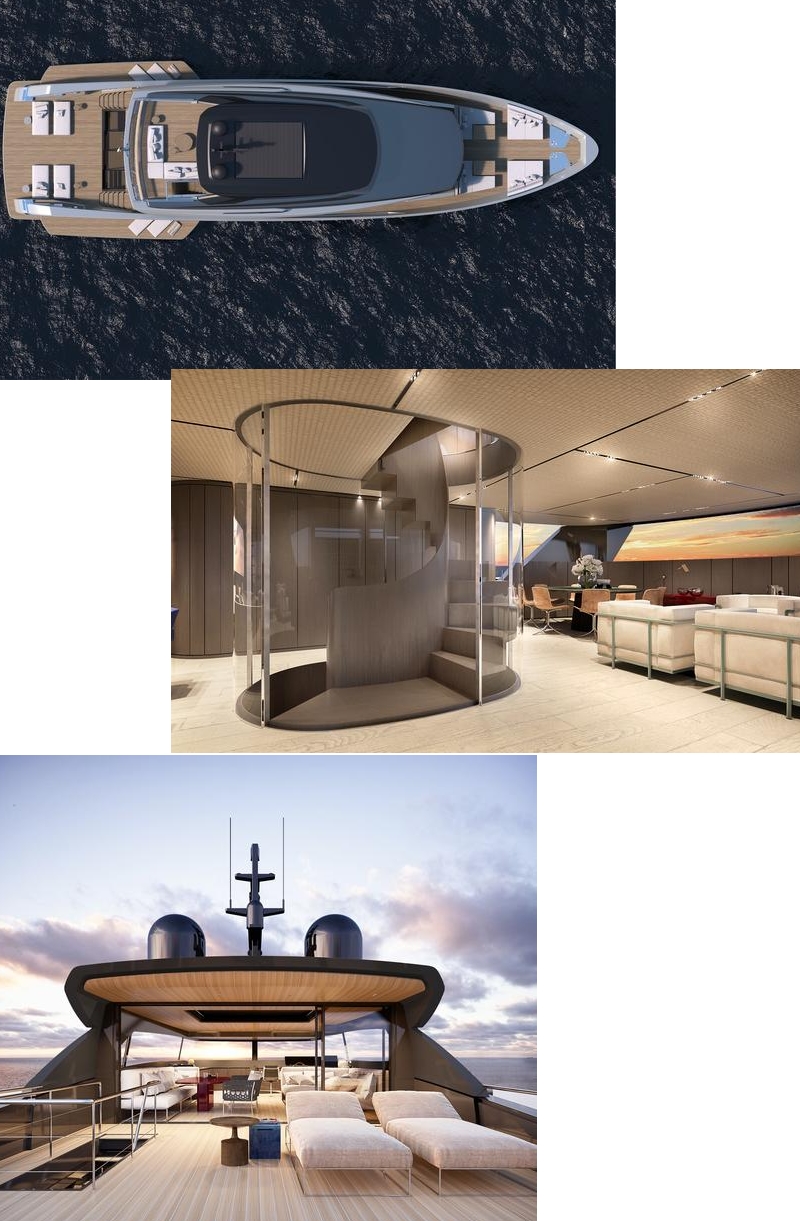 SX112 yacht represents the consolidation of a path that began with the SX88, first, and then the SX76, a challenge that continues and is enhanced by new contents, proposing a new way of living on the sea: the barriers on board are eliminated, and the boat opens to the outside, in a close relationship with the marine context.

The orchestration has again been assigned to the creativity of two designers who have been working with San Lorenzo since the launch of the first crossover model: Bernardo Zuccon of Studio Zuccon International Project, for the external lines, and Piero Lissoni, art director of the company since 2018, for the interiors.

The focal point of the project is the new stern zone which undoubtedly represents the yacht’s most iconic area, a choice that brings new possibilities of design and use by the Architect Luca Santella, who also conceived the innovative SX crossover line. A refinement of the SX88 project, the new model here propose a spacious internal beach area that is directly connected to the outside, allowing the yacht owner to enjoy these spaces in a novel way, also thanks to the retractable terraces, maximizing the indoor-outdoor connection.

While Zuccon has concentrated on reinforcing the “family feeling” of the range, bringing out certain linguistic choices such as the balance of the volumes and the fluid forms that seem to reference large marine mammals, Lissoni has focused on the subdivision of the internal spaces, in constant dialogue with their outdoor counterparts.

In line with the concept developed for the other models, the main deck has been organized as an open space, an innovative solution introduced by San Lorenzo for the first time on the SX88, to maximize the relationship with outdoor spaces. Thanks to the wheelhouse placed on the flying bridge, freeing up the bow zone of the living area on the main deck, a single continuous space has been created for the living and dining areas.

Staircases return as a fundamental characteristic of Lissoni’s design. The internal helical staircase extends through three levels to connect the decks, and at the height of the main deck it is enclosed in a transparent oval volume like a precious coffer, enhancing the staircase while making it seem to be suspended in the air. The external staircases have an essential, clean look, in keeping with the principles of racing yachts. 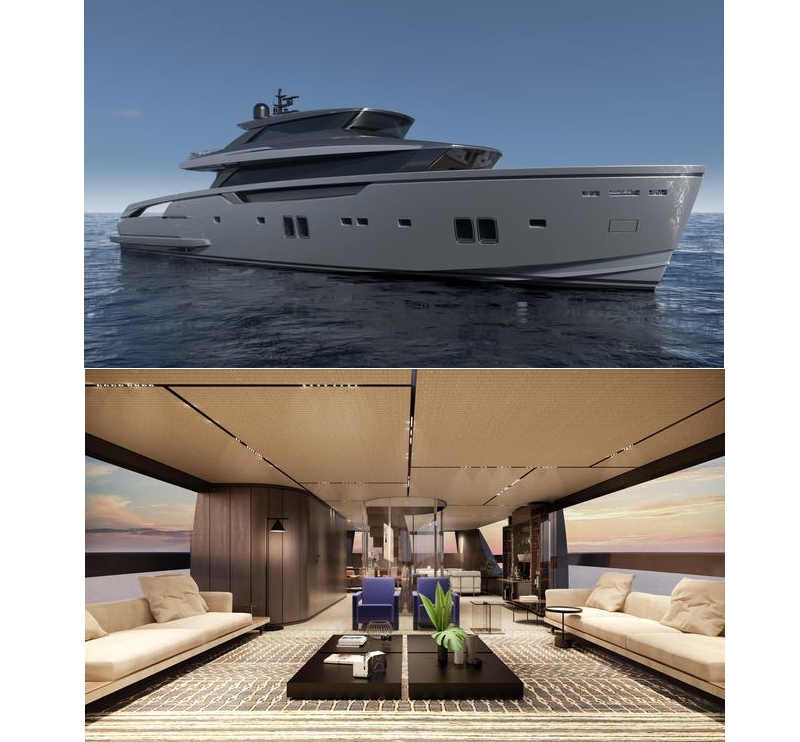 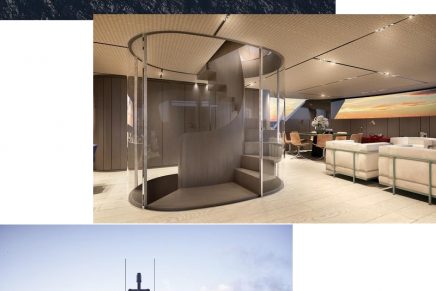 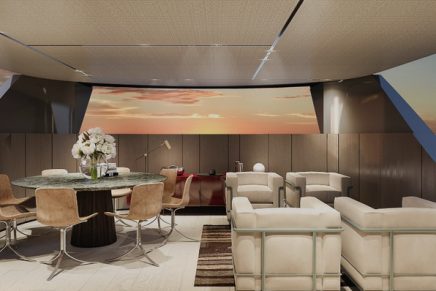 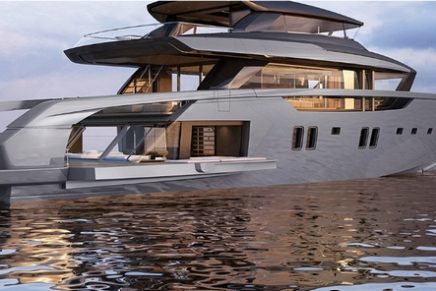 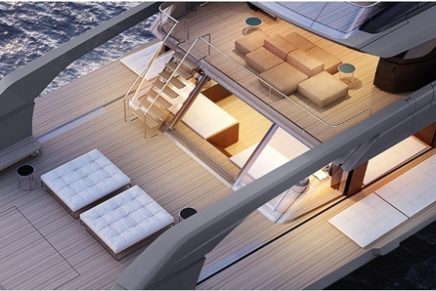 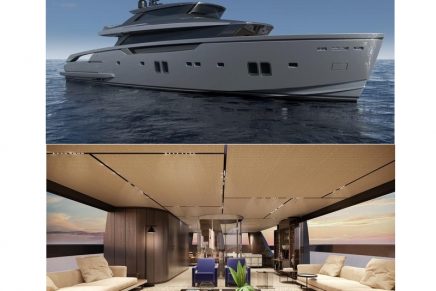