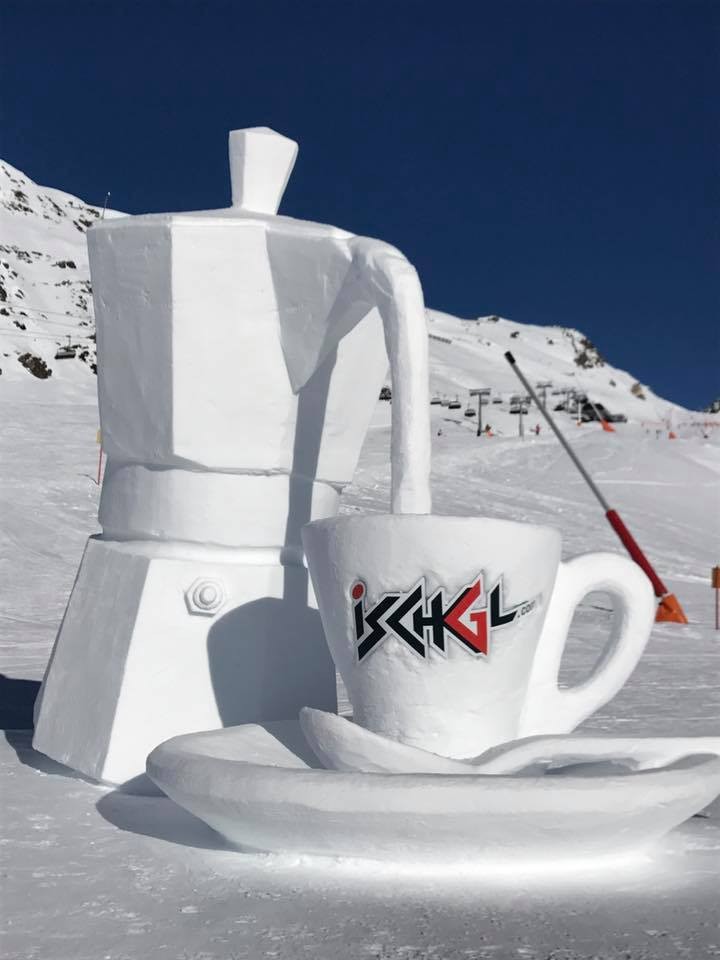 This article titled “The foodie’s piste: everything a gourmet needs to know about eating in Tirol’s Ischgl” was written by Catherine Cooper, for theguardian.com on Tuesday 29th October 2019 12.44 UTC

If there is a ski resort that takes its food seriously, it’s Ischgl. Not content with offering world-class skiing and a vibrant après-ski scene, this Tirolian village is home to eight restaurants with Michelin stars and/or Gault-Millau toques. It also hosts two special champagne-sponsored events for chefs and catering staff each year, attracting even more culinary talent to the resort.

The best of the best
If you’re in the resort towards the end of April, you can watch the 23rd Chefs’ Star Cup where approximately 50 award-winning chefs from the region battle it out on the slalom piste in an event sponsored by Laurent-Perrier, followed by a live cookery demonstration at 2,300 metres high and a gala dinner. And a few days later, there’s the 12th Ski World Cup of Gastronomy – a similar race, not just for chefs but waiters, sommeliers and more.

About 300 to 350 skiers and snowboarders from up to 13 countries working in gastronomy compete in the skiing races, plus there’s a stage with cookery demonstrations, wine and champagne tasting, cocktail-mixing shows and more. “We chose Ischgl for the event as it’s one of the best ski resorts in Austria, with 240km of slopes, great restaurants and a big après-ski scene – it’s also the one that drinks the most champagne!” says Thomas Schreiner, general manager for Champagne Laurent-Perrier, Germany. “We’ve managed to establish the Ski World Cup of Gastronomy as the international meeting point of the entire culinary industry. This event allows our colleagues to connect in a fun and relaxed atmosphere. They are coming to ski and to celebrate.”

Top restaurants
Chef Sieberer has two toque-awarded restaurants at the five-star Trofana Royal Hotel that serve traditional Austrian cuisine with a twist – Paznaunerstube focuses on light, innovative cuisine and menus of up to six courses, while Heimatbühne has a “grandma’s kitchen” ambience with traditional roasts, schnitzel, checked tablecloths and flowery crockery. And wine lovers won’t be disappointed – the hotel’s cellar is stocked with more than 25,000 bottles of wine.

Restaurant Stüva at the Hotel Yscla is run by chef Benjamin Parth. He won his first toque aged 19 and was named Gault & Millau’s chef of the year this year, as well as gaining three toques for the restaurant. The intimate restaurant, with just 11 tables, serves tasting menus of up to seven courses and is also famed for its cheese trolley created by Bernard Antony, perhaps the most famous affineur in the world.

And while many of the top restaurants in Ischgl specialise in the region’s cuisine, others are more international in flavour. Lucy Wang restaurant serves an Asian/French fusion menu with everything from sushi and black cod with wakame to rib-eye steak with pommes frites and béarnaise sauce.

Enjoy food on a budget
But if you don’t want to eat toque-awarded food every day, there are plenty of other tasty options. At the futuristic Salaas, one of Ischgl’s highest restaurants at 2,456 metres, you can enjoy Swiss specialities such as fondue and raclette before relaxing and enjoying the view in the Skyline bar or outside on the deckchairs on a sunny day. Or for something more traditional, the wood and stone-built Vider Alp serves hearty Austrian dishes and is well-known for its cheese and meat fondues.

Related: Slopes and the city: discover the best of both worlds in Austria’s Innsbruck

As the sun goes down
By mid-afternoon, when your thoughts turn to après-ski, head for the Paznauner Taja mountain hut, where there are hot and cold drinks, fresh chicken from the grill and live DJs. Away from the slopes and back in the town, there’s also a huge variety of après-ski for all tastes. Pacha at the Hotel Madlein is like a little taste of Ibiza in the mountains, Niki’s Stadl, which has been running for more than 30 years, has a bierkeller vibe, and high-rollers will enjoy the Champagnerhütte at the Schlosshotel, where you can drink champagne and dance until the early hours in a bar that looks like a traditional hut. Ischgl is also well-known for its Top of the Mountain concerts – usually three each season (opening, closing and Easter) and with up to 25,000 guests.

Whatever your tastes and budget, you won’t struggle to eat well in Ischgl.