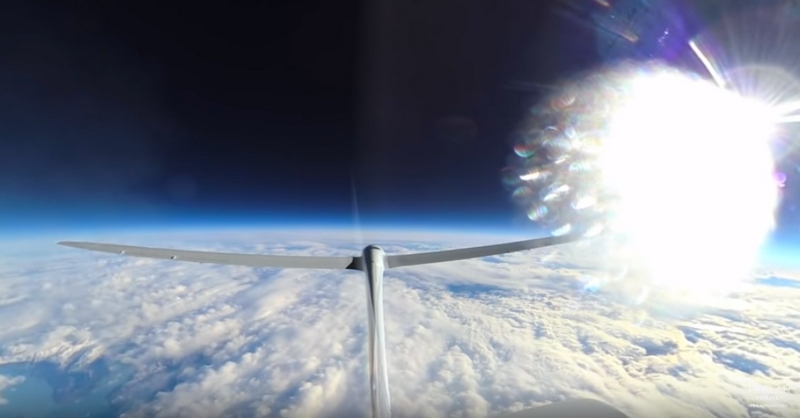 Airbus Perlan Mission II, the world’s first initiative to pilot an engineless aircraft to the edge of space, made aviation history last week in El Calafate, Argentina, by soaring in the stratosphere in the experimental Perlan 2 glider to a pressure altitude of over 62,000 feet. The milestone achieved this year is a testament to a pioneering spirit of exploration that runs through everyone on the project and through the organizations that support the project.

The pressurized Perlan 2 glider, which is designed to soar up to 90,000 feet, passed the Armstrong Line, the point in the atmosphere above which an unprotected human’s blood will boil if an aircraft loses pressurization.

This marks a second glider altitude world record for Jim Payne and Morgan Sandercock, the same two Perlan Project pilots who soared the Perlan 2 to 52,221 feet GPS altitude on Sept. 3, 2017, in the same remote region of Argentine Patagonia. The 2017 record broke a previous record that was set in 2006, in the unpressurized Perlan 1, by Perlan Project founder Einar Enevoldson and Steve Fossett. 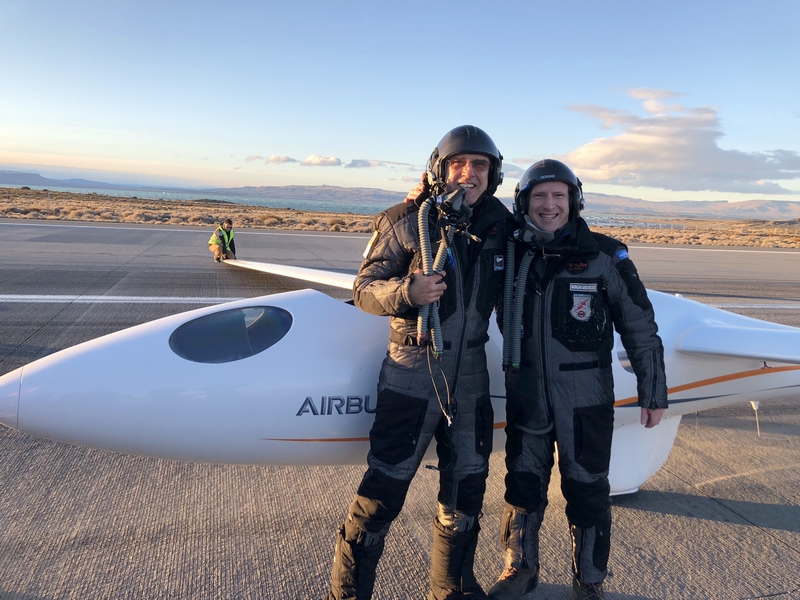 “Innovation is a buzzword in aerospace today, but Perlan truly embodies the kind of bold thinking and creativity that are core Airbus values,” said Tom Enders, Airbus CEO. “Perlan Project is achieving the seemingly impossible, and our support for this endeavor sends a message to our employees, suppliers and competitors that we will not settle for being anything less than extraordinary.”

Another first-of-its-kind achievement this year for the Perlan Project was the use of a special high-altitude tow plane rather than a conventional glider tow plane. During the record flight, Perlan 2 was towed to the base of the stratosphere by a Grob Egrett G520 turboprop, a high- altitude reconnaissance plane that was modified for the task earlier this summer. Operated by AV Experts, LLC, and flown by chief pilot Arne Vasenden, the Egrett released Perlan 2 at around 42,000 feet, the approximate service ceiling of an Airbus A380.

To soar into the highest areas of Earth’s atmosphere, Perlan 2 pilots catch a ride on stratospheric mountain waves, a weather phenomenon created when rising air currents behind mountain ranges are significantly strengthened by the polar vortex. The phenomenon occurs only for a brief period each year in just a few places on earth. Nestled within the Andes Mountains in Argentina, the area around El Calafate is one of those rare locations where these rising air currents can reach to 100,000 feet or more.

Built in Oregon and home-based in Minden, Nevada, the Perlan 2 glider incorporates a number of unique innovations like the carbon-fiber capsule with a unique high-efficiency, passive cabin pressurization system that eliminates the need for heavy, power-hungry compressors.

Perlan 2 features a unique closed-loop rebreather system, in which the only oxygen used is what the crew metabolizes. It is the lightest and most efficient system for a sealed cabin, and its design has applications for other high-altitude aircraft.

The aircraft is equipped with an onboard “wave visualization system” that graphically displays areas of rising and sinking air in cockpits. For commercial flights, following lines of rising air would allow faster climbs and save fuel, while also helping aircraft avoid dangerous phenomena such as wind shear and severe downdrafts.

Unlike powered research aircraft, Perlan 2 does not affect the temperature or chemistry of the air around it, making it an ideal platform to study the atmosphere. The experiments carried aloft in its instrument bay are yielding new discoveries related to high-altitude flight, weather and climate change. This season, Perlan 2 is flying with experiments developed by The Perlan Project’s science and research committee, as well as projects created in collaboration with organizations and schools in the U.S. and Argentina.

The Perlan 2 will continue to pursue higher altitude flights and conduct research in the stratosphere as weather and winds permit through the middle of September. 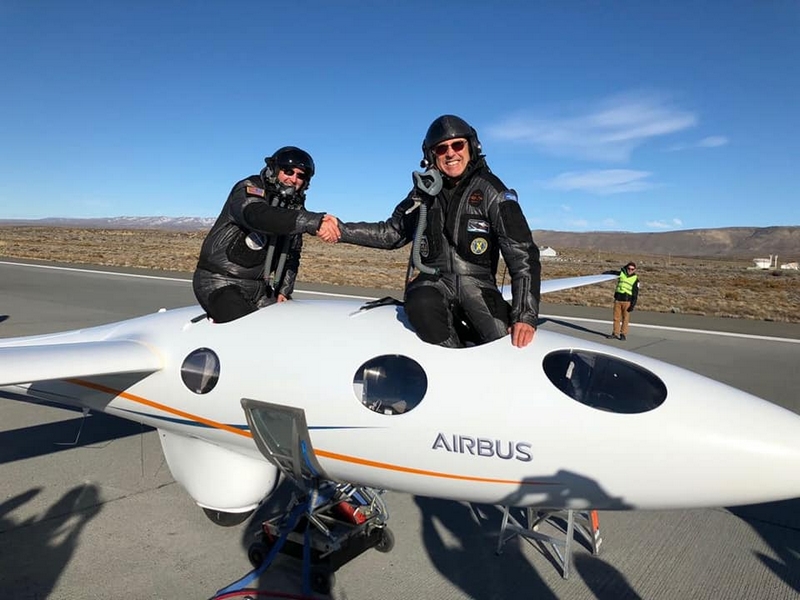 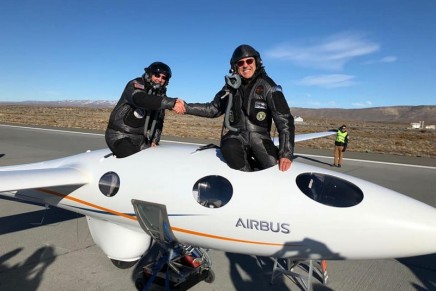 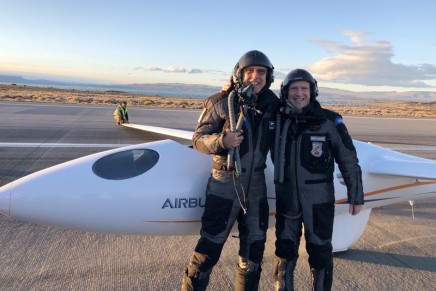