Panigale V4 25 Anniversario 916 is the Ducati tribute to the bike that changed superbike history.

Innovative in its style, elegance, lightweight and compactness, by many it’s believed to be the sexiest and most iconic bike ever built. 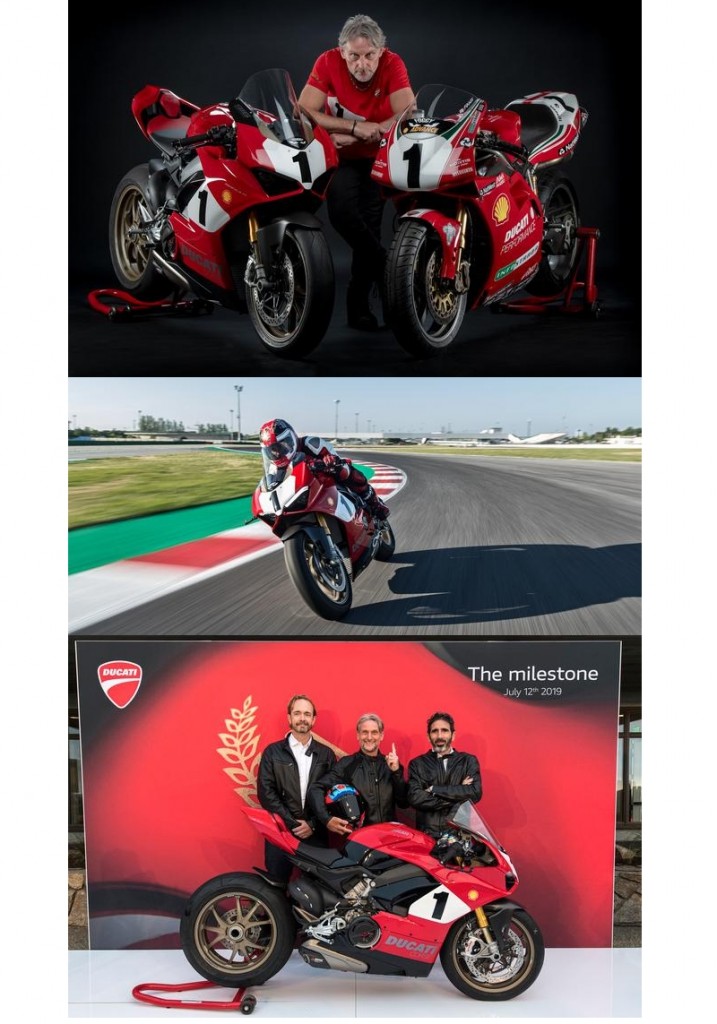 Panigale V4 25 Anniversario 916 is the Ducati tribute to the bike that changed superbike history.; @ducati

Born from Massimo Tamburini’s sketches, this Ducati bike has revolutionized the world of motorcycle design and has made fans fall in love all over the planet.

The Ducati 916 wasn’t just a beautiful bike and an enormous sales success. It also won World Superbike championships: the 916 SBK was a force to be reckoned with even as it made its debut in 1994, and the following years saw it win 120 races, 8 constructors’ titles and 6 riders’ titles, four of them with Carl Fogarty. The Englishman has won 55 races with
Ducati, of wich 43 riding a Ducati 916 SBK and 996 SBK. “King Carl” and the 916 remain the most successful “couple” in Ducati SBK history.

Ducati has decided to celebrate this anniversary by building a special 916-dedicated version of the Panigale V4. Hence the genesis of the Panigale V4 25° Anniversario 916: a unique limited-edition bike of only 500 pieces, designed to let all true Ducatisti re-live the spirit of the 916.

The “25° Anniversario 916” is built on the mechanics of the Panigale V4 S. This has been upgraded with racing content from the Panigale V4 R such as the Front Frame, designed to Ducati Corse specifications. The look of the bike combines a special livery with forged magnesium wheels, a titanium type-approved Akrapovič exhaust and a long list of Ducati Performance components. 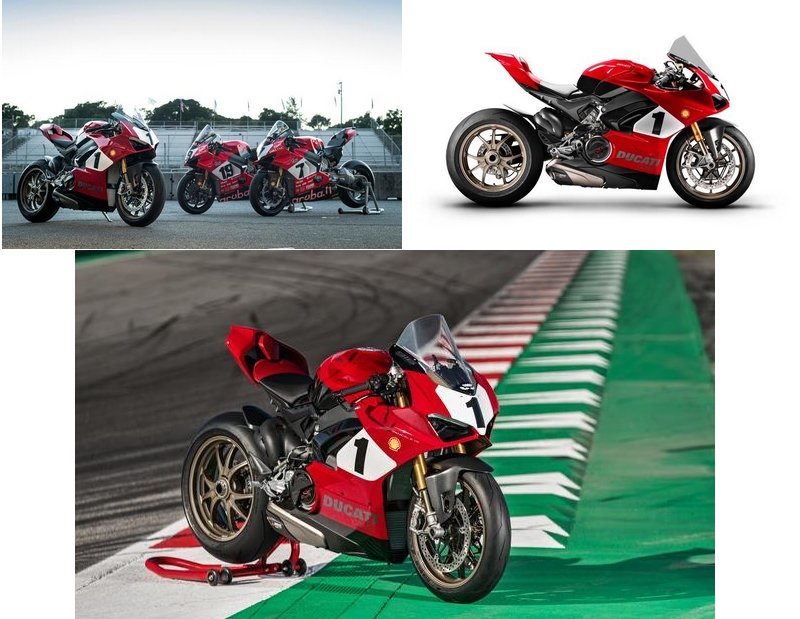 The new limited-edition Ducati bike was unveiled during round nine of the 2019 Superbike World Championship at Laguna Seca (California, USA).

The presentation of the bike was also an occasion of remembrance, honouring Californian Carlin Dunne, the Spider Grips Ducati team rider who recently died at Pikes Peak. Jason Chinnock announced Ducati’s decision to remove the number 5 from selling, the same number that Dunne used to race with. The bike will be auctioned, with proceeds going to a fund- raising effort aimed at providing Carlin’s mother with support.

“In all of modern motorcycling history, no bike has been as era-defining as the 916, both in terms of design and performance. I’m incredibly proud to present this exclusive version of our Panigale V4, itself a celebration of the 25th anniversary of the 916.” stated Francesco Milicia, VP Global Sales & After Sales Director Ducati Motor Holding. “We’ve decided to present the bike together with none other than “King” Carl Fogarty himself. Presenting it on the American Superbike stage underscores our dedication to the US market, where bike enthusiasts and collectors alike will, I am sure, appreciate the uniqueness of the Panigale V4 25° anniversary 916.”

The Panigale V4 25° Anniversario 916 will arrive in dealerships starting from October 2019 at a price of 41.900 euro ex- works (price is country specific). 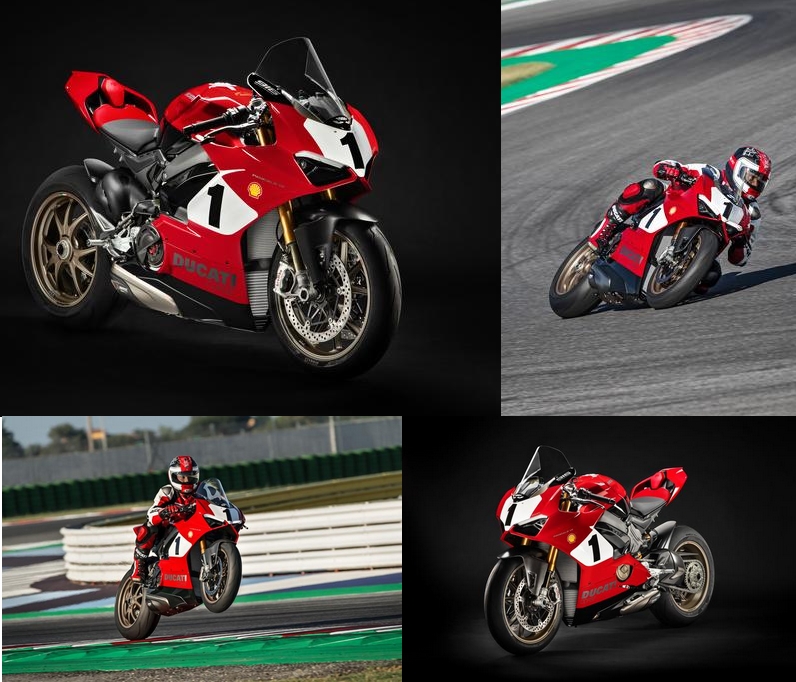 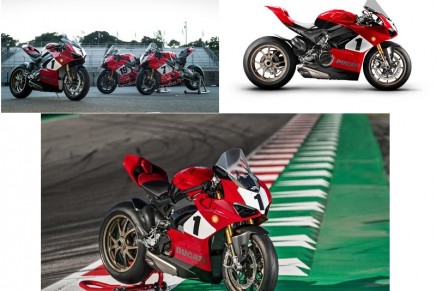 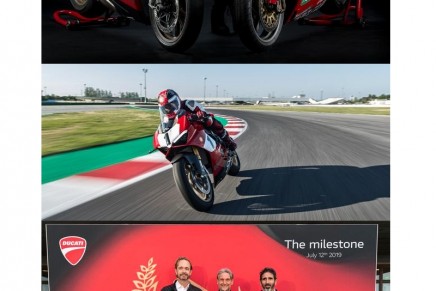 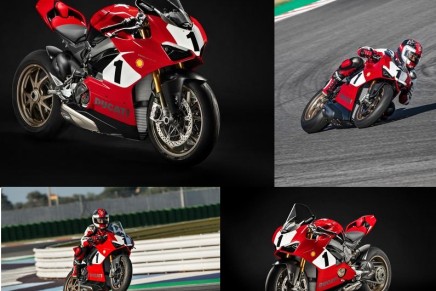