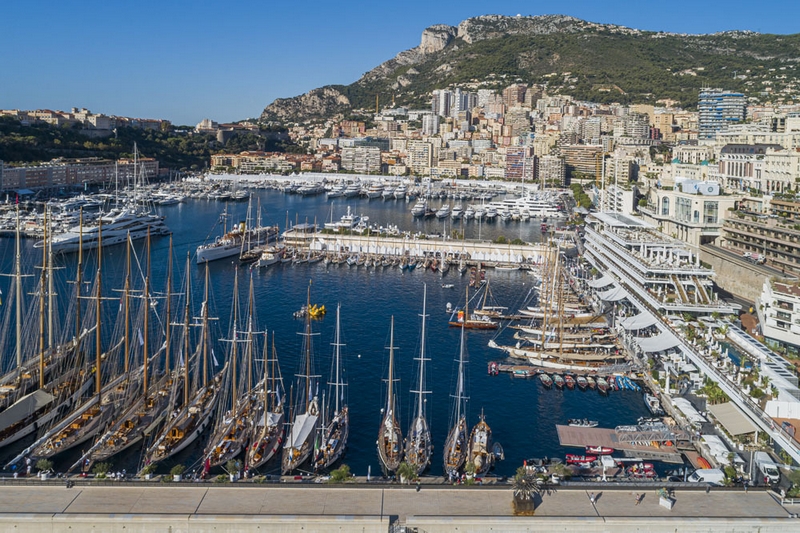 Founded in 1953 by Prince Rainier and presided over by HSH Prince Sovereign Albert II since 1984, the Yacht Club de Monaco brings together more than 2000 members from 66 nationalities. Many of the world’s most prestigious private yachts fly the Yacht Club de Monaco’s burgee, testimony to its unique position on the international yachting scene. 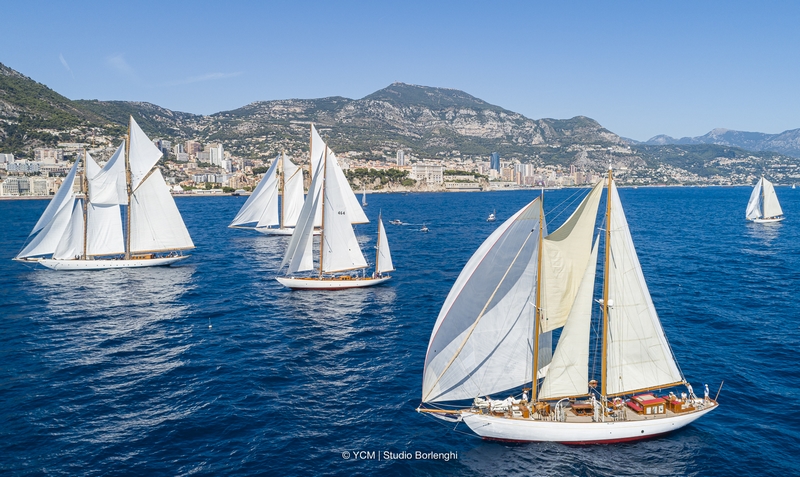 A biennial event since 1994, 2019 Monaco Classic Week is a unique celebration of sail and motor yachting lifestyle.

The focus this year was on America and the glory years of the last century when American sailing and motorboats dominated the seas thanks to big names like Nathanael Herreshoff, John Alden, Chris Craft. Special guests were the Manhattan Yacht Club invited to sail on French Kiss, as a nod to its winning yacht in the 1987 America’s Cup, and the Nantucket Yacht Club.

Among the special boats were the SS Delphine, the largest steam-boat still sailing, built by the Dodge family and Atlantic 2010, a replica of the 1903 three-mast schooner on which Charlie Barr set the best time for an Atlantic crossing in 1905. Tuiga, the flaghip of the YCM, celebrated 110 years.

To be a member of the Yacht Club de Monaco is above all a commitment. It is a desire to preserve a certain ethic, both on land and on the water, and to foster a respect for naval etiquette and preservation of the environment. 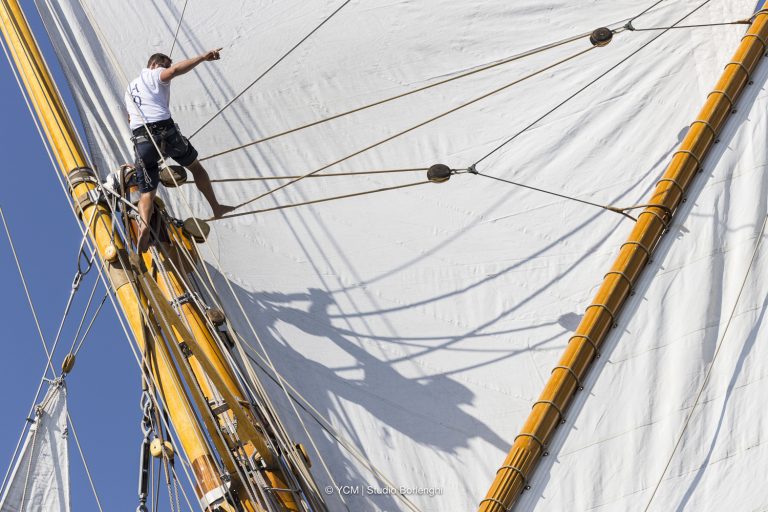 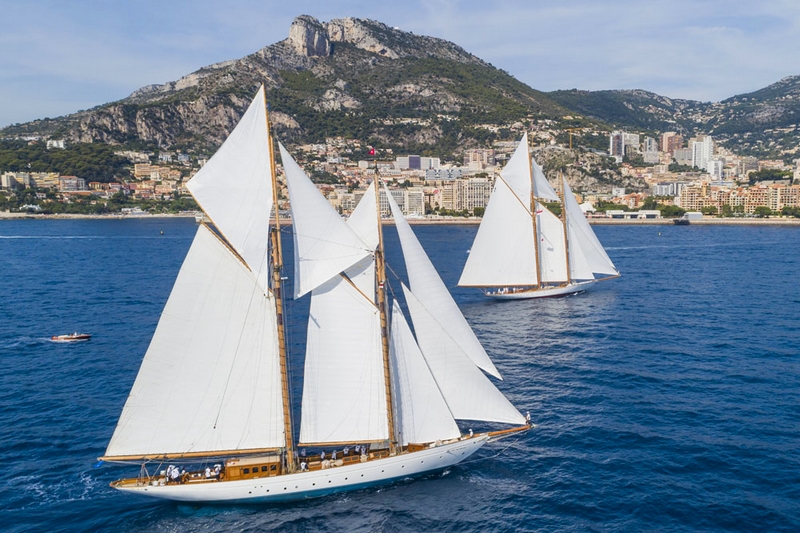 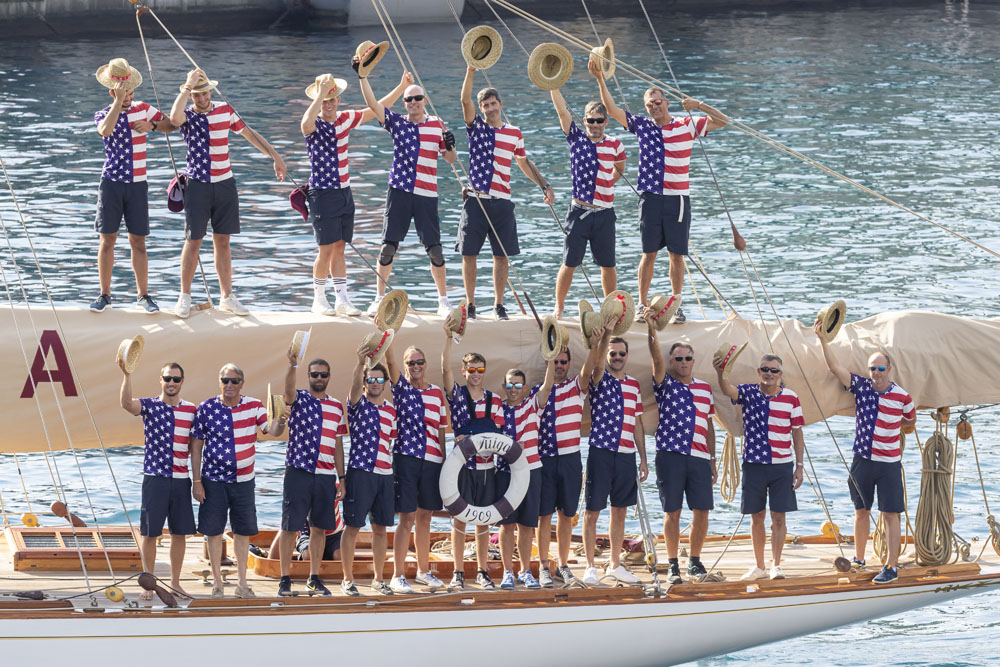 It is not just about competition, but naval etiquette done with panache by the Club in partnership with Rolex and Credit Suisse. The Monaco Classic Week Trophy, awarded to the most elegant and best restored yacht, this year went to the majestic Puritan (1930), with the 2019 La Belle Classe Restoration Prize presented to the miraculous Swedish gaff Ester back from the dead after 75 years 52m down on the seabed.

More than 100 classic yachts, including seven of the big schooners from the International Schooner Association, were in the YCM Marina. Some 800 sailors, owners, and skippers from 26 countries put on a show reviving a bygone era, with the focus on America and the glory years when American sailing and motorboats dominated the seas for speed. All promise to return for the next edition from 15-19 September 2021.

Among newcomers to Monaco Classic Week: Atlantic (66m), the famous New York Yacht Club schooner which in 1905 set the record for an Atlantic crossing of 12 days 4 hours 1 minute 19 seconds. It was not until 1st August 1980 that a Eric Tabarly beat that time on this 2,925-mile course. 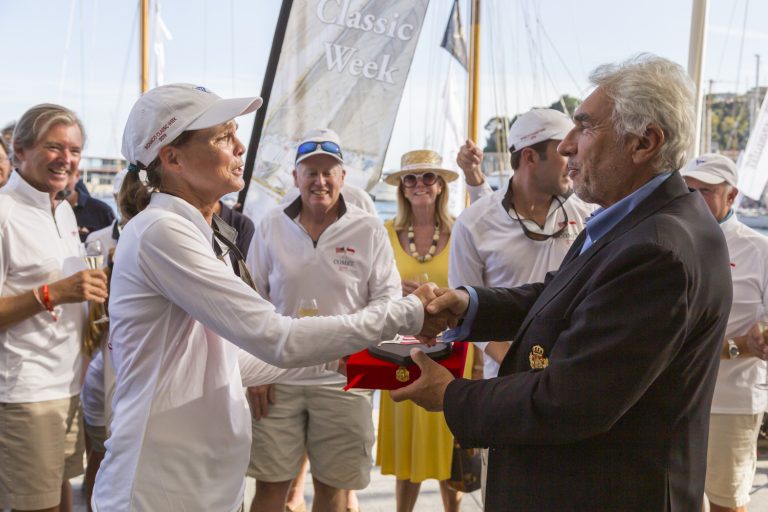 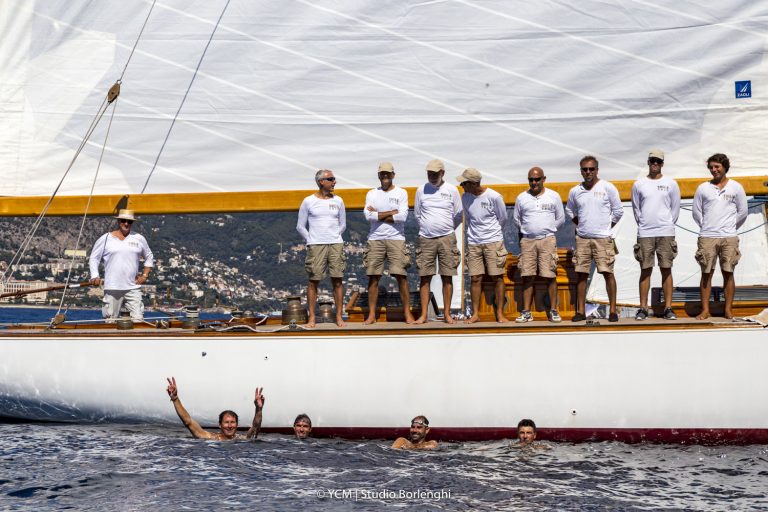 The impressive John Alden design schooner Puritan (1930) was the big winner of Monaco Classic Week, taking account of the deliberations from the Elegance and La Belle Classe Restoration juries, and succeeds Viola, the 1908 Fife design which won the 2017 edition. The purity of her lines and balanced volumes, combined with meticulous maintenance of a sailing yacht faithful to the original, won over the Elegance jury led by HRH Princess Beatriz de Orleans-Bourbon, supported by among others HRH Princess Camilla de Bourbon des Deux Siciles, the marine painter Marc Berthier and yachting experts and historians.

It will be no surprise to many to hear that the pretty Swedish gaff cutter Ester won the La Belle Classe Restoration prize given the attention to detail paid to her restoration and incredible history.

“Back in 2012 I was thinking how thrilling it would be to bring Ester to Monaco Classic Week. Seven years later that dream became a reality,” said an emotional Bo Ericsson, one of the boat’s owners at the prize-giving. “We put together the cream of international technicians, for the hull, frames, rigging, sails, etc. Of course, much of the boat has been rebuilt with Swedish pine and spruce. But thanks to the very accurate documents we found in Sweden, we were able to follow to the letter the details of the original construction. It has been an amazing adventure. The end result has exceeded even our craziest expectations.”

The Elegance Prize for motorboats was awarded to Miss Nancy while the gaff cutter Oriole (1905) designed by Herreshoff was the winner in the sailing yachts category. The Jury Special Prize this year went to the Mylne-design Bermudian yawl Mariella (1938), as they were totally won over by the personality and passion of its owner Carlo Falcone.

Franck Cammas, skipper of the Ultim trimaran Gitana 17, was on a stopover in Monaco. “I am naturally aware of boats’ aesthetics. Sailing on these classic boats is magical, but obviously not because of the speed but other sensations, even their very particular smell. When you have a taste for the sea, beauty is important. Technically, when we are hesitating on choices, we opt for the most beautiful, and generally that works out. A lovely boat is a quick boat! And vice-versa a boat that is fast becomes beautiful. Aesthetics are less important today in boat development, but we must never forget our traditions. I’m from Aix originally and I always love coming back to the south. Monaco has a solid regatta tradition, with the Primo Cup which I competed in some time ago.” 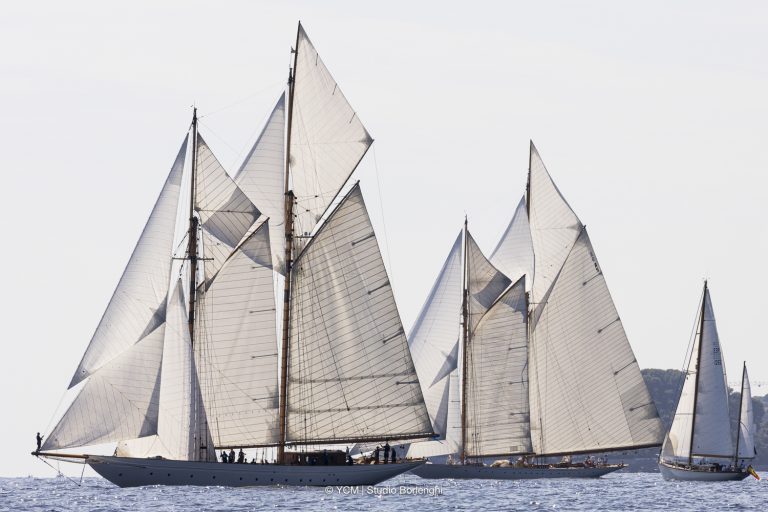 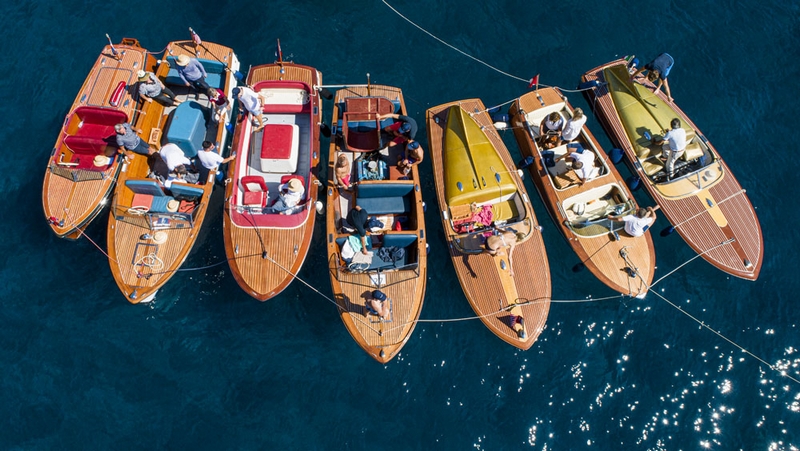 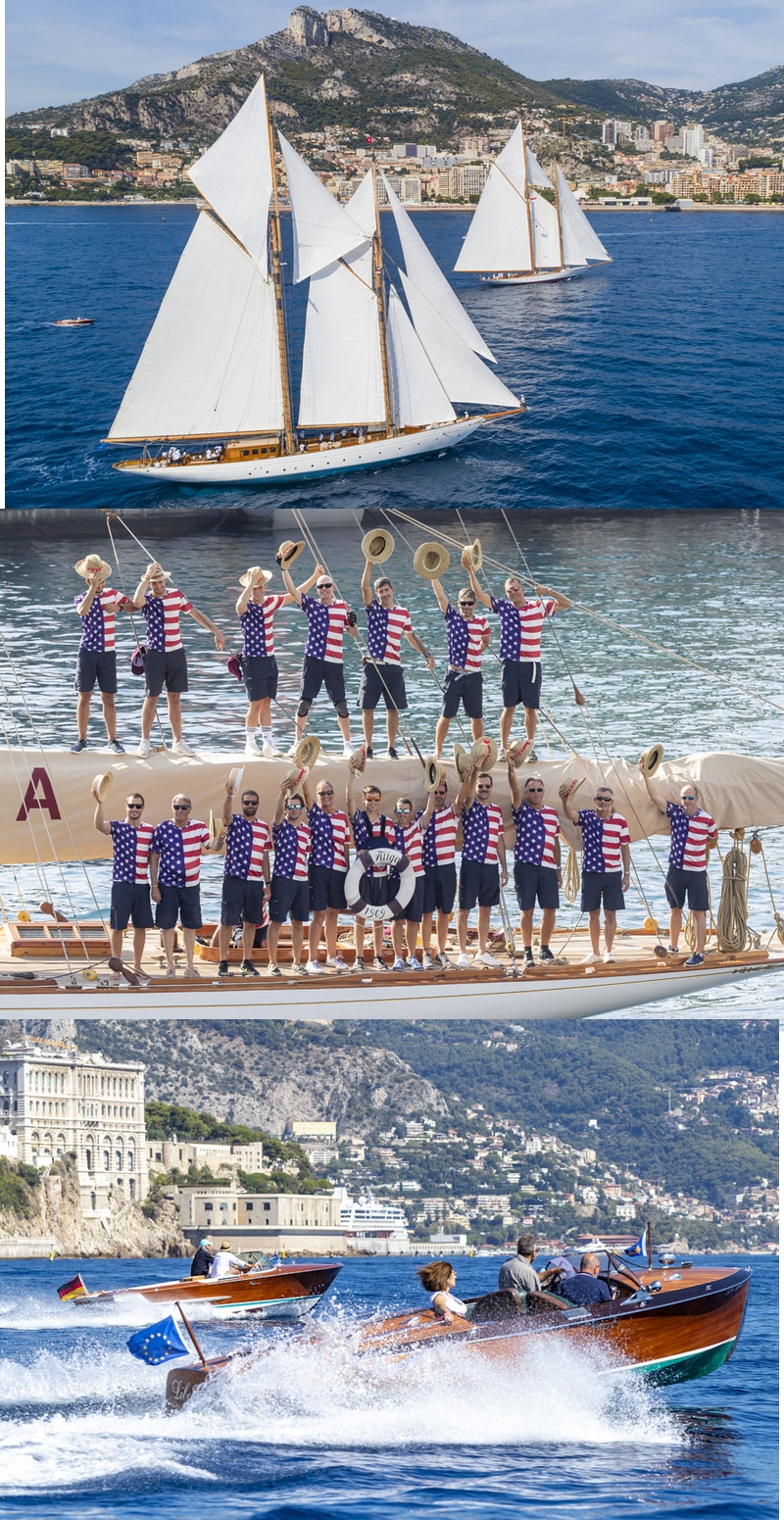 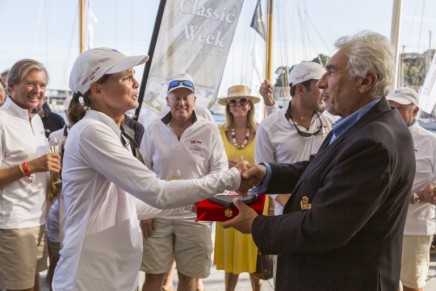 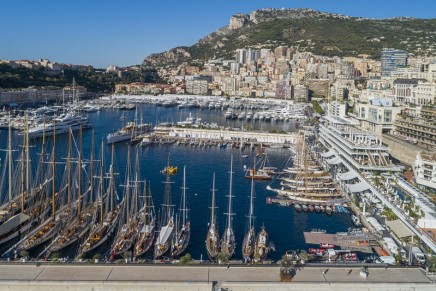 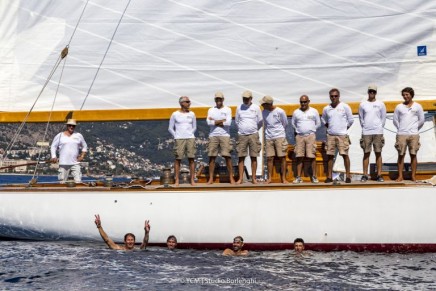 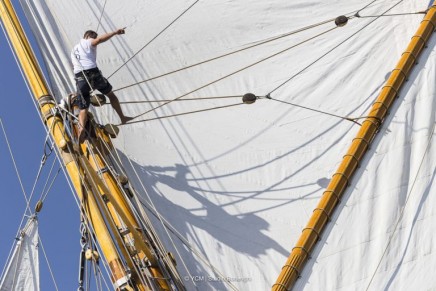 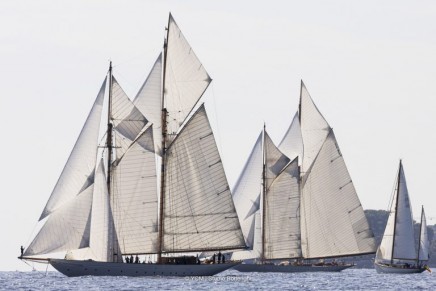 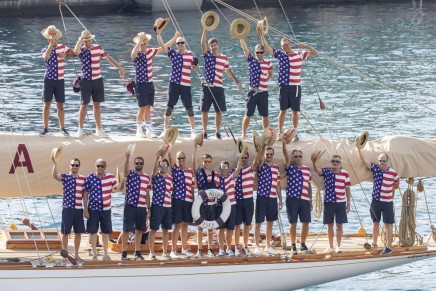 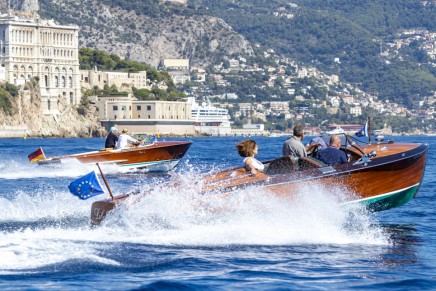 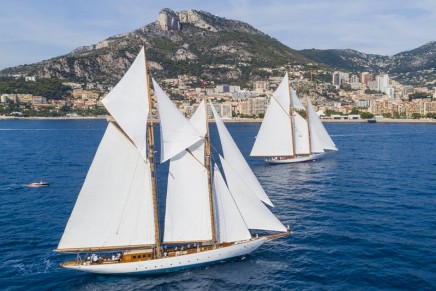 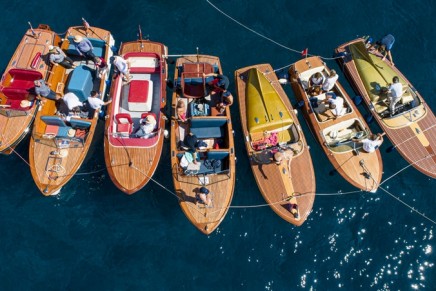 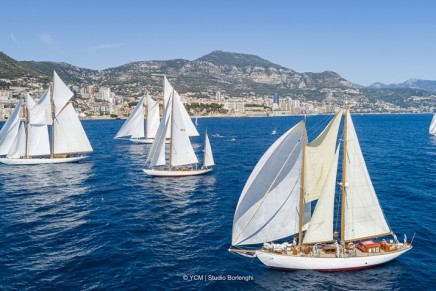 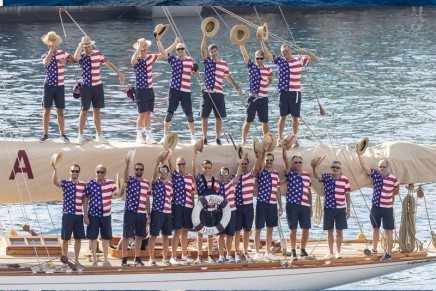 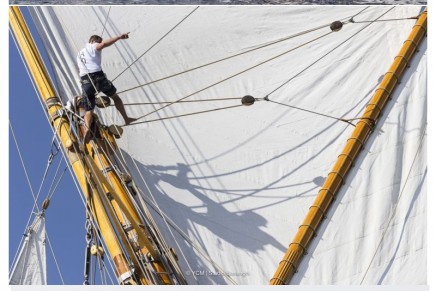