New Ultimate Series is the most extreme Mclaren road car yet. The ambition for the McLaren Senna is for it to be the best road-legal track car, setting a new benchmark for circuit excellence. 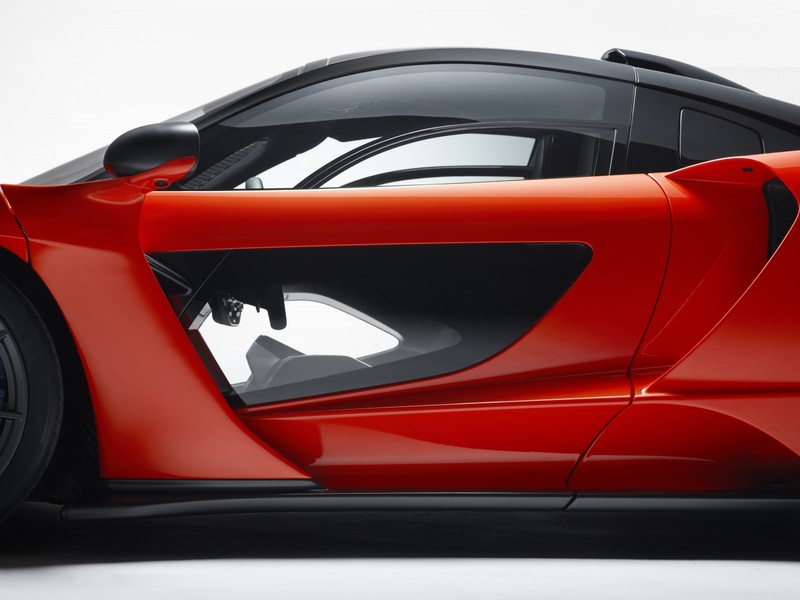 McLaren, the British creator of luxury sports and super cars, has paired with its tyre partner, Pirelli to deliver a new winter wheel and tyre package for McLaren Sports Series models.

Simultaneously, McLaren announced the McLaren Senna: the ultimate road-legal track car. This track-concentrated McLaren hypercar will make its public debut in March, at the 88th Geneva International Motor Show. The third model introduced under the McLaren Track22 business plan, the McLaren Senna will be hand-assembled in England at the McLaren Production Centre.  Production will be limited to 500 vehicles, each costing from £750,000 including taxes (UK price) and all already allocated. The new hypercar offers the purest connection between driver and car of any road-legal McLaren.

“Legalised for road use, but not sanitised to suit it, the new Ultimate Series deliberately compromises McLaren’s trademark breadth of supercar daily usability; instead it provides the purest connection between driver and car, to deliver the most intense circuit experience of any road McLaren, ” says McLaren. 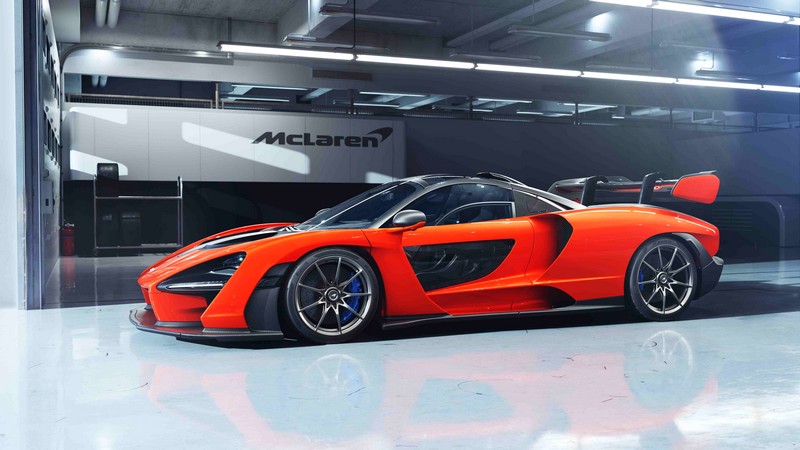 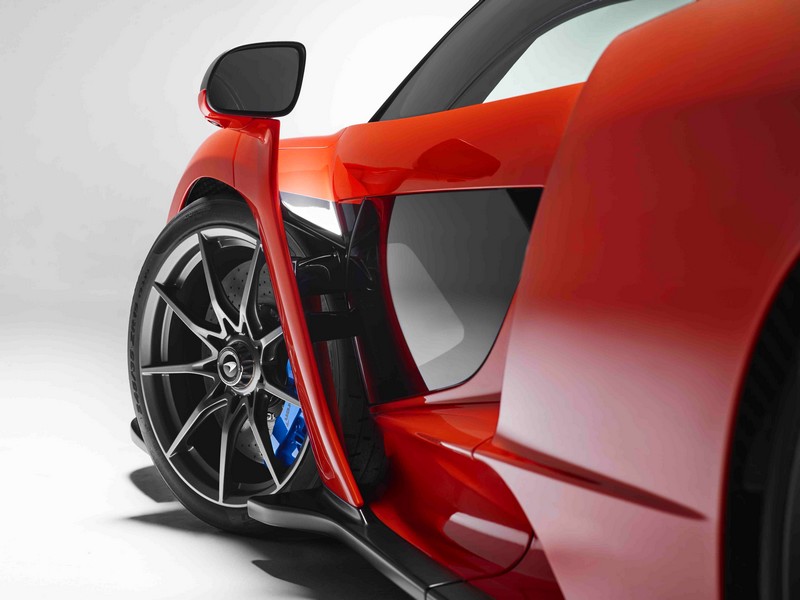 The carbon fibre Monocage III chassis that forms the core of the McLaren Senna is a further development of the structure that underpins the McLaren 720S and the strongest monocoque ever built by McLaren for a road-legal vehicle. Every body panel is made from carbon fibre, in line with a relentless focus on the weight of every individual component that has resulted in the McLaren Senna being the lightest road-legal McLaren since the iconic F1 road car, at just 1,198kg.

With maximum power of 800PS (789bhp), the McLaren Senna enjoys a power-to-weight ratio of 668PS per tonne. This statistic immediately underlines the performance credentials of the newcomer to the McLaren Ultimate Series, a product family introduced with the McLaren P1 that is reserved for the rarest and most extreme McLaren cars.

Viewed from above, the body is a teardrop with body components ‘clipped’ onto the cabin to deliver optimal aerodynamic performance. McLaren’s designers went to extremes by cutting open the ‘shrink-wrapped’ body to reduce weight visually and functionally. 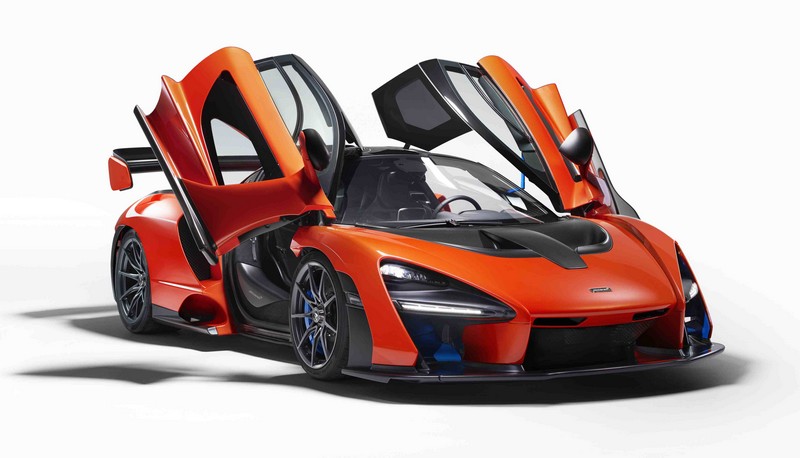 The doors, which are constructed of carbon fibre, feature two-piece glass side windows with a fixed top part and a smaller opening section below. Both the door upper (effectively part of the roof) and the lower half of the door side can be specified with glass as a replacement for the carbon fibre panels that are standard-fit. This enhances the sense of space inside the cockpit and in the case of the glazed door lower, dramatically reinforces the visual connection between driver and track environment. To accommodate the door design, the release mechanisms and window switches are housed alongside the engine start button in a carbon fibre console above the driver’s head.

Codenamed M840TR, the 4.0-litre twin-turbocharged V8 engine at the heart of the McLaren Senna is the most powerful road car  internal combustion engine ever created by McLaren, producing 800PS (789bhp) and torque of 800Nm (590 lb ft). 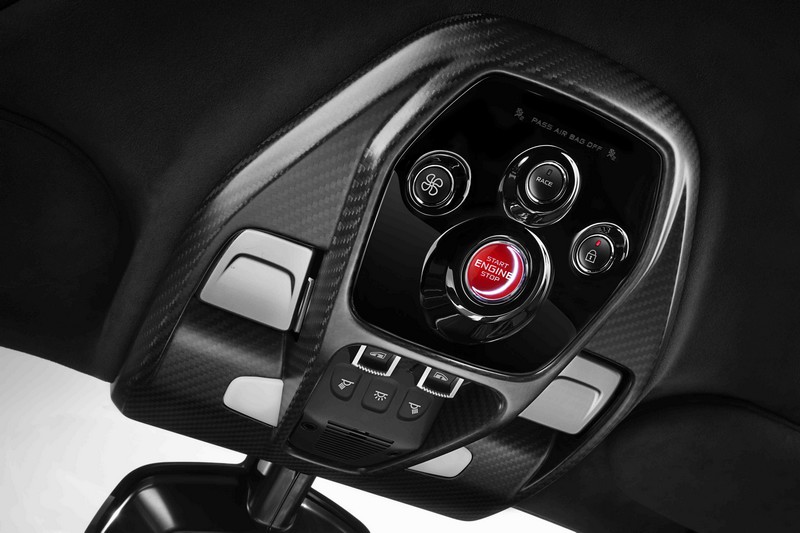 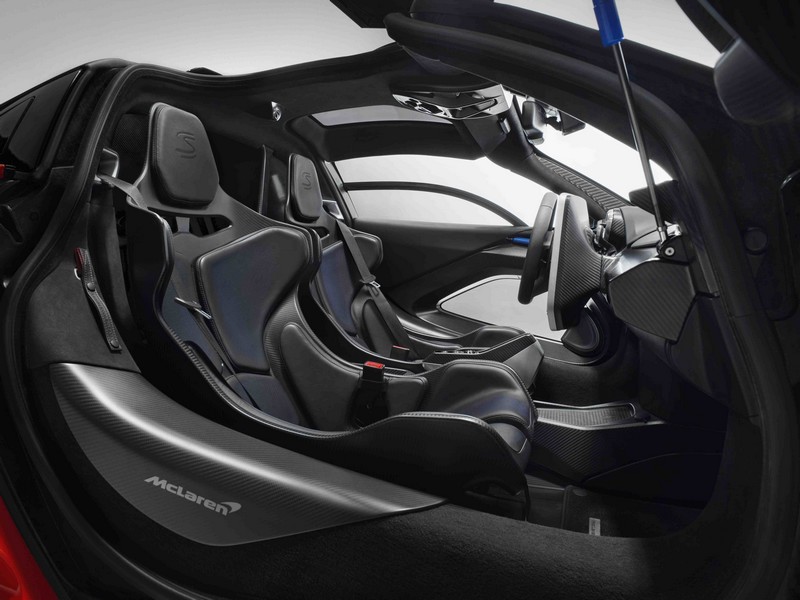 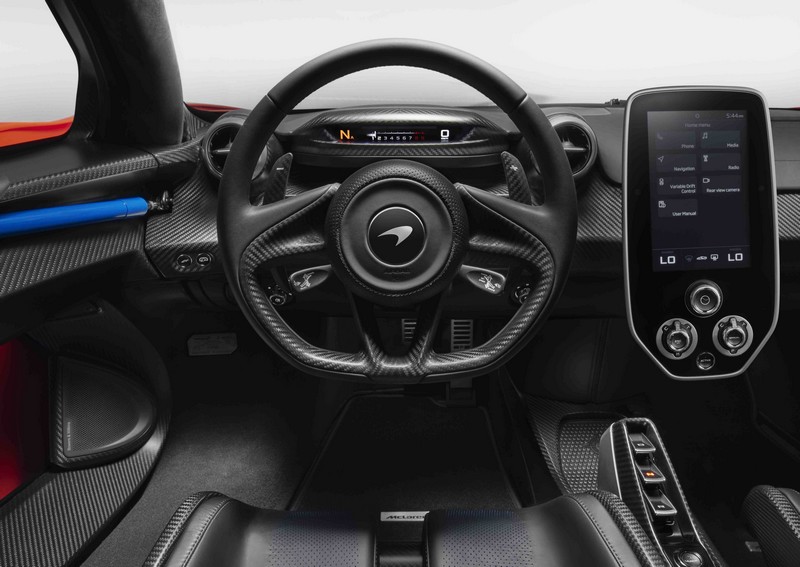 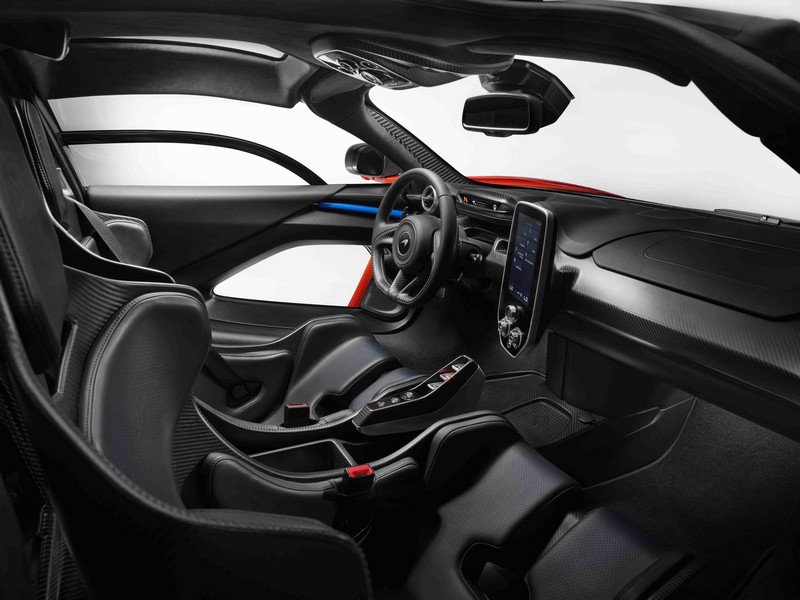 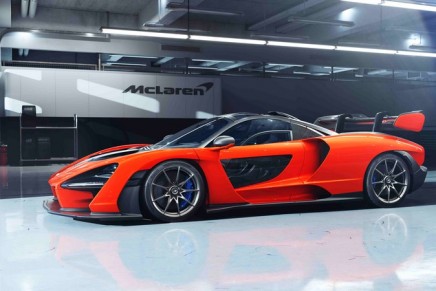 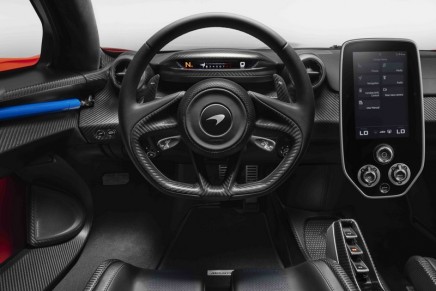 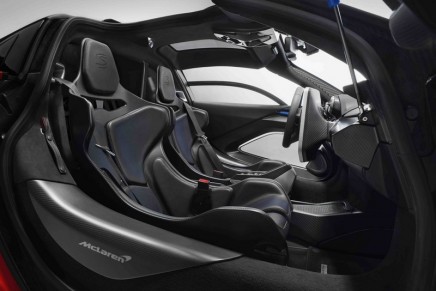 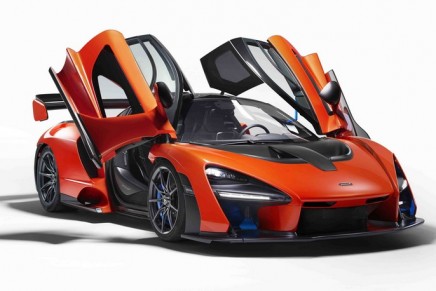 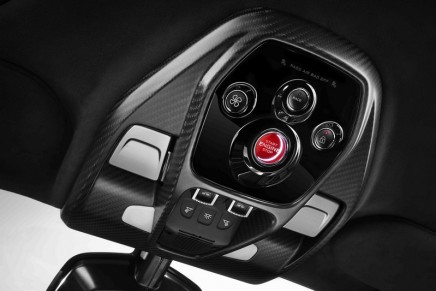 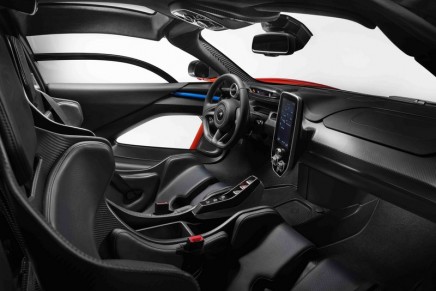 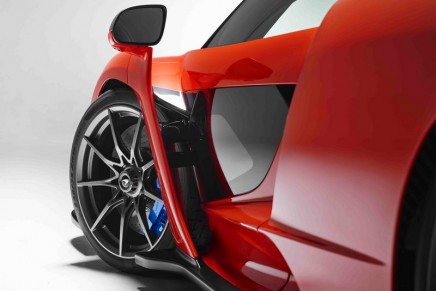 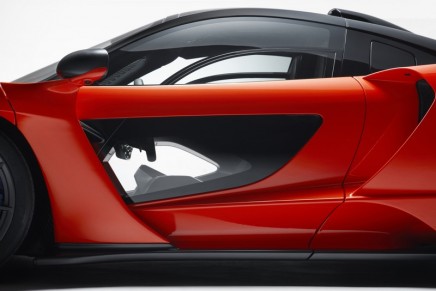