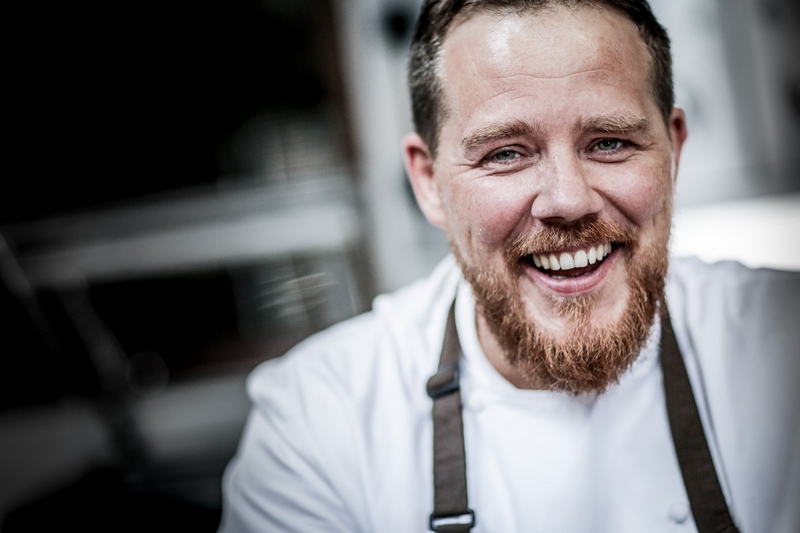 This article titled “The problem with food tourism: the chefs fighting to keep their restaurants special” was written by Tony Naylor, for The Guardian on Thursday 24th January 2019 11.00 UTC

Shortly after getting off the phone to me, the two-Michelin-star chef Sat Bains texts a PS: “One guy rang 450 times today as our March diary opened. He was pissed off. That means when he comes it better be amazing.”

That was one of 670 individual booking inquiries at Nottingham’s Restaurant Sat Bains that day. It is not an extraordinary number for a top-end restaurant. At one time, Copenhagen’s Noma was fielding 100,000 emails a month. But it illustrates how, in an increasingly globalised world, hot restaurants and bars have become stand-alone tourist destinations – sites of pilgrimage for national and international food obsessives.

When many restaurants are struggling to survive, that clamour for tables is a nice problem to have. But, particularly in smaller, neighbourhood venues, such acclaim can be disruptive. It also puts pressure on chefs who, suddenly, find themselves stars of the show. A recent University of Lleida study, published in the journal Intangible Capital, identified a group of food tourists who travel explicitly to eat at Michelin-starred restaurants. They want to meet the chef, visit the kitchen and love the “status” this confers on them. Unabashed show-offs, the majority relay all of this on social media.

Bains handles this by remaining “authentic”. “If people save to come here, it’d be rude for me not to say hello. It’s called hospitality. But I’m a working chef. By 11.30pm on Saturday night, I’m drained. I’ve spilled shit over my jacket. I might be bollocking someone. It’s a working kitchen. I hope you enjoyed yourself. Here’s a menu. But I don’t pretend to be a host. I’m a chef.”

Bains’s profile built gradually, between 2003 and 2011, as he accumulated stars and won the 2007 Great British Menu with his slow-cooked duck egg, ham and pea sorbet: “That egg filled our restaurant for a year.” But for others, sudden attention can be bewildering.

When the Lima-born chef Jose Luis de Cossio opened Paiche in Portland, Oregon, he intended it to be an affordable, neighbourhood breakfast-lunch joint in Lair Hill, a part of the city described by Portland Monthly as a “foodie desert”. De Cossio had worked in celebrated restaurants but, by 2016, he wanted to do something less intense to make time for his family and his other great love, surfing.

Immediately, Paiche went stratospheric. Named restaurant of the year in the Willamette Week, trend-hunting foodies flocked from across Portland to try the ceviche. Queues grew, as did customer expectations. De Cossio felt compelled to open for dinner, and gussy-up the menu. Prices rose accordingly. “I was putting too much luxury there. Paying $32 for a grouper from Tokyo, it’s not sustainable. I think the press made me feel like a false hero, and it affected my ego – a chef’s worst enemy. I should never have changed for recognition.”

Soon de Cossio was grumbling about the “narrow customer” his 32-seat restaurant was attracting. “I don’t want to focus on fine dining. I don’t want to be a superstar chef in town,” he told Willamette Week.

Radically, in 2017, he abandoned dinner service, turned Paiche vegan and began serving $6 dishes. “Why not make a humble place, man?” the 46-year-old asks. Paiche closed late in 2018 (“I need a break, new air to build my energy”), but: “I really love that, at the last, it was counter-service and open to people who have a lower budget.”

Paiche is not alone in being overwhelmed by a crowd. From the Kernel brewery, in London, which closed its brew-tap after Bermondsey’s “beer mile” became wildly popular, to Raan Jay Fai, a backstreet kitchen in Bangkok that gained a Michelin star, many have found it to be logistically problematic. Raan Jay Fai had to drop complex dishes to cope with an influx of 200 diners a day. “I wish I could give the star back,” the exhausted 72-year-old chef-owner, Supinya Junsuta, told reporters.

A high demand for seats can damage your reputation, too. In no-bookings venues, regulars get upset they can no longer get in easily, while those travelling for hours to eat there complain about queues. When the award-winning Altrincham Market House food hub opened in 2014, the co-owner Nick Johnson had to hold his nerve and ignore any critical TripAdvisor reviews. “I don’t put great store in TripAdvisor because you don’t know who it is has left that review and you can’t trust their value judgments,” he says. “I would no sooner ask my father where to eat than I would an alsatian dog, but he’s allowed to leave a TripAdvisor review – therefore it has no value.”

Market House relies on an element of chaos for its “energy”, Johnson insists. “It’s not for everybody. But if you enjoy busy-ness and that atmosphere, you’ll tough it out.” Similarly, he thinks local people adapted. “You want busy places in your community. The locals know when it’s busiest and work around that.”

John Pybus is a more interventionist operator. Landlord of the Blue Bell, one of tourist-mobbed York’s most famous pubs, he loves “nice, Camra-type” (Campaign for Real Ale) visitors, but won’t serve the large gangs of “shitfaced, rowdy knobheads” that “make the city centre a bit of a no-go area on Saturday afternoons”.

Signs outside the pub state: no stags, no hens, no groups. Policing that, says Pybus, is an inexact science: “If it’s Tuesday afternoon and I’ve got 10 70-year-old blokes in reminiscing, fine. If it’s Saturday and it’s three lads in fancy dress, you’re a group.” But in a city centre where, Pybus claims, some older people don’t feel safe at weekends, he thinks it is “imperative we have local pubs run by and for local people, where those people take precedence. The tourists who come in appreciate that sense of community.”

At Michelin-starred restaurants, the problems that tourists present tend to be more abstract. Bains is dismayed by diners who collect Michelin-starred meals like “football cards. Do you appreciate it? Are you mindful of what you’re eating?”

Others are conflicted about serving dishes made famous by MasterChef, Great British Menu or even Instagram, which a significant minority of diners will travel hundreds of miles to taste. Birmingham’s Glynn Purnell told Restaurant magazine: “Sometimes you feel like Elton John must when people ask him to sing Rocket Man. There is a lot more to his work, but some people are only interested in the hits.”

Purnell still serves his GBM-winning burnt English egg surprise. Like Bains, who finally took his winning dish off in 2018, it felt churlish to refuse to – and daft, financially. “I was taking £65,000 a year on it. Have two eggs!” laughs Bains.

Related: Sat Bains: ‘We are a working-class two Michelin-star restaurant’

The Irish restaurant Bon Appétit closed its Michelin-starred fine-dining arm in 2014 for similar reasons. “[Michelin] is not about amuse bouches, dickie bows, cloches and all of that. But people expect that and we’ve had comments over the years about the table linen, plates, staff hairstyles. It’s frustrating trying to live up to people’s inaccurate expectations,” the chef-owner, Oliver Dunne, told the Irish Independent.

Such expectations do not come higher than when you have been named the world’s best restaurant, as the Black Swan, in Olstead, North Yorkshire, was in 2017 by TripAdvisor. “There have been people who’re like: ‘We’ve been to Noma and Eleven Madison Park and we don’t think you compare.’ Well … fine. It’s a tiny pub. We never claimed to be the world’s best,” says chef and co-owner Tommy Banks.

Ultimately, Banks could only react with bluff northern humour: “People were flying from America to eat here, spending thousands. It’s incredibly humbling, but I’d joke: ‘Frankly, it’s not worth that.’”

When the foodie tourists descend, a little laughter – and perspective – goes a long way.