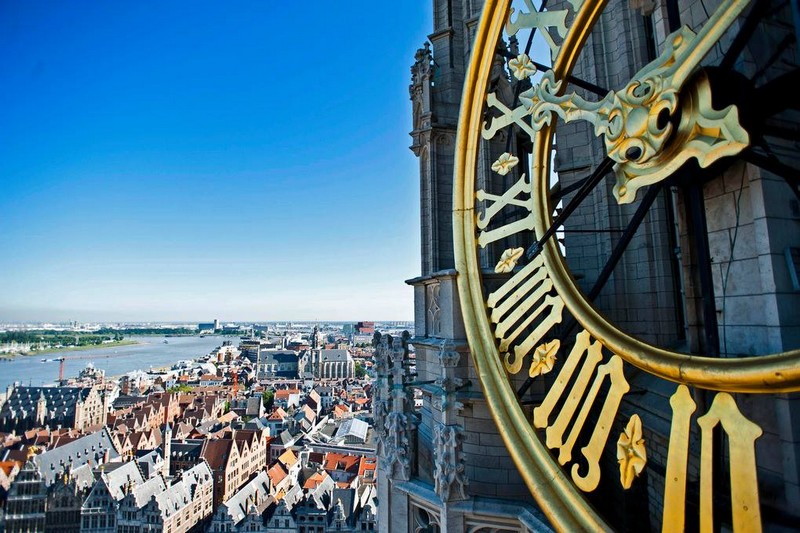 Antwerp is the most distinctive Baroque city of the Low Countries. During ‘Antwerp Baroque 2018. Rubens inspires’ the city pulls out all the stops with a daring and lavish programme in which old Baroque rubs shoulders with new Baroque.

This article titled “The baroque delights of Antwerp” was written by Vanessa Thorpe, for The Observer on Sunday 27th May 2018 06.00 UTC

Antwerp was once the mighty cog that turned world trade. Sitting at the mouth of the River Scheldt, it dominated international 16th-century markets in sugar, spices and textiles. Today it is still an improbably cosmopolitan place for its size, but is better known for its international diamond business and, less alluringly, as the port that sucks in more cocaine than any other. It recently overtook London as cocaine capital of Europe.

The city was also famed for its great Flemish art, from the huge religious panels of Rubens to the royal portraits by Van Dyck and all those detailed still life tables, laden with silverware, meat and fruit.

In the past few years, the run of hit historical novels and dramas set in the dimly lit, 17th-century luxury of the Low Countries (Belgium, the Netherlands and Luxembourg) has raised its profile, too. Mysterious romances, including The Girl with the Pearl Earring, Tulip Fever and The Miniaturist, have all helped to remind us how intriguing this moneyed part of northern Europe once was.

Next weekend (1-3 June), Antwerp is to seize upon just one word to help it celebrate its creative history: baroque. These days it often implies something deemed too ornate, but four centuries ago the baroque movement swept in on a surge of Catholic decorative excess that has left a deep imprint on Antwerp’s architecture. “Antwerp Baroque 2018” will be exploring these themes in a series of art events around the city.

Most visitors head for the famous Grote Markt – the main square in the old quarter – but I was just as bowled over by the carefully restored homes of a former 17th-century mayor, Nicolaas Rockox, and his neighbour, the painter Frans Snijders, both brimming with baroque self-confidence. Snijders was well known for painting snarling dogs, dead game carcasses and exotic birds.

More squeamish tourists may want to focus on the ornate vases of flowers painted by Clara Peeters – a once-famous Flemish artist born at the turn of the 16th century who is only now being recognised again. (When Madrid’s Prado showed her work in 2016, she became the first female artist to have a solo exhibition there.)

The baroque mood continues at full tilt inside the nearby church of St Charles Borromeo, packed with sweeping gestures and the theatricality of the age. If you have ever been underwhelmed in Britain by the pared-down aesthetic of a draughty church, then this house of prayer in Antwerp is the antidote. The carved woodwork of the pulpit and the sculpted Carrara marble in the chapels are a lesson in 17th-century bling.

The big draw here though is Peter Paul Rubens’s panel Return of the Holy Family from Jerusalem which the church bought back at auction six years ago so that it could be returned to its position at the left of the altar, where the artist wanted it.

A fluffy Belgian waffle, or perhaps a pint of blonde beer at Den Engel on the Grote Markt, is probably the right way to regain strength for the next leg of the baroque tour. It would be silly to leave out Rubens’s own home, which is being especially renovated for the summer. His imposing Italianate arch will soon be revealed in its original wonder. And his glamorous self-portrait, a kind of promotional calling card, is newly on display in pride of place, although it had to compete for public interest on the morning I was there with the Tintoretto that David Bowie owned. The most impressive show for Rubens fans, however, lies inside the cathedral that rises above the rest of the old city.

For some baroque light refreshment try Elfde Gebod bar and café just next to the cathedral. The interior is awash with gilt and religious icons alongside an impressive range of Belgium beers.

Beyond the city are the green spaces of Middelheim, a favourite of the old rich burghers of Antwerp who would come here to escape the crush of the port. Now it’s Europe’s first permanent sculpture garden set over 30 acres. With two large wooded areas separated by a road, it is dotted with famous forms, from a Henry Moore and a Barbara Hepworth, to Antony Gormley’s metallic astronomical web. Next month these sculptures will be joined by a new set of commissions dubbed “Experience Traps” as part of the festival.

The ultimate antidote to a baroque-filled day is an evening meal in the restaurant RAS (restaurant on the stream), an airy, modern and minimalist interior on the riverbank, with views across the river through an expanse of floor-to-ceiling glass windows. The food is similarly pared back: a fine blend of nouvelle cuisine and traditional dishes.

Walking back through the Grote Markt afterwards, I noticed that the Brabo fountain in the middle of the square features a man holding a severed hand in a grim reference to the myth of the giant who lopped off sailors’ hands and hurled them into the Scheldt. The story is also remembered in the shape of the chocolates and biscuits sold all over the city. Somehow it seems an essentially baroque detail. After all, the word baroque derives from the idea of an “imperfect pearl”: something lustrous with a beguiling flaw.

Eurostar trains from London via Brussels to Antwerp’s baroque main station cost from £70 return. Doubles at Hotel Rubens-Grote Markt from €143 B&B. For more information about the events staged for Antwerp Baroque, go to visitantwerpen.be