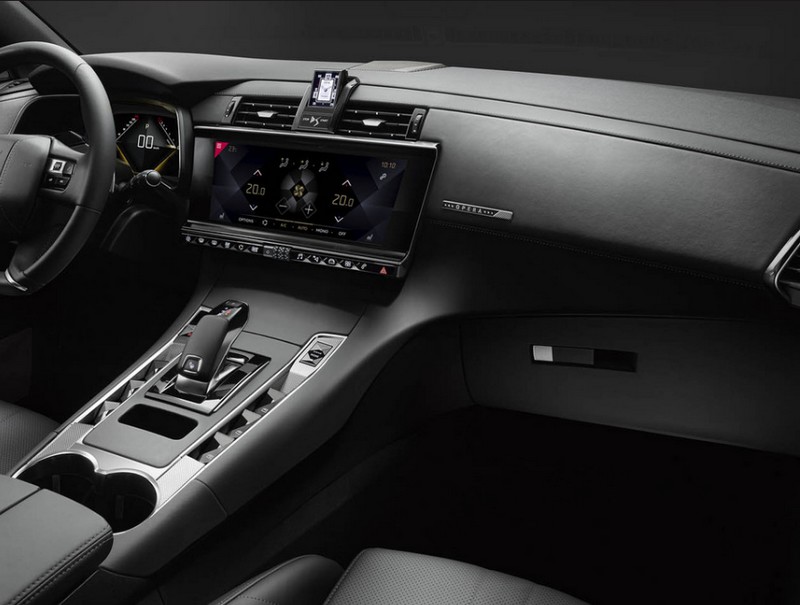 This article titled “DS 7 Crossback review: ‘Good enough for the French president, good enough for you’” was written by Martin Love, for The Observer on Sunday 27th May 2018 05.00 UTC

It seems strange to be driving the new DS 7 to a family wedding. The brand came into being a few years ago when its parent company, the huge French conglomerate that builds both Citroën and Peugeot, decided to split the DS range from Citroën and launch it as a separate premium brand. The success of DS today is testament to the power of being single, of standing alone – and that’s not really what Carrie and Ozzy are celebrating with their union.

Why would you create a new premium brand? Simply, to make bigger profits. There is a cash ceiling which buyers are not prepared to break for established brands. Thus Toyota introduced the Lexus; Nissan rebooted itself with Infiniti; and now Citroën has unleashed the DS. Up until now the brand has only sold zhuzhed up versions of cars that started life as a Citroën. This car, however, is the first DS to be designed and built as a DS. It’s therefore a Very Important Car for the fledgling brand and offers a clear direction of where PSA’s premium arm is heading in the next few years with its new generation of cars.

The fledgling marque has been very keen to big up its Parisian roots. The glossy adverts that swirled around during its unveiling spoke of French savoir faire and luxury know-how. It was the vehicle Emmanuel Macron was driven in to his inauguration. Within the parameters of being an SUV, DS has done all it can to create points of difference. The large wheels and full grille give the car instant presence, but the most outstanding feature is the lighting. Each headlamp contains four ice-cube LED blocks that swivel and pivot in a choreographed dance when you blip the key to unlock. Once on, they cast a downward beam which reflects in a matrix of overlapping triangles, and is rather amazing, actually.

Step inside, however, and you’ll soon realise you aren’t in a minimalist German car. The central console has angled switches cascading along its length, air vents are also triangular. The start/stop button is hidden beneath a weird rotating clock. The flat glass infotainment screen is loaded with apps and aids. Irritatingly, rather than buttons it has proximity sensors so every time your hand wavers the screen jumps. The only actual button is the volume dial, which is a small swivelling barrel. Some of it feels a bit shonky, but all of it cries, “Vive la différence!”

The road ride is magnificent. Active Scan technology uses a camera to assess the surface of the upcoming tarmac and modifies the suspension accordingly. On top of that there is a night-vision system which detects pedestrians and throws a ghostly image on to the driver’s screen to alert you. And the TomTom-powered satnav is the best I have yet encountered.

Enginewise you have a choice of a 2-litre diesel or 1.6-litre petrol, and you can choose between a 6-speed manual or an 8-speed auto gearbox. Both are smooth and more than up to the job of whistling you to your next upmarket soirée. In all, the car feels committed to à la mode motoring while still keeping one wheel firmly placed in the ruts of traditionalism.

At the end of Carrie and Ozzy’s marriage ceremony we sang a favourite old hymn, One More Step Along the World I Go, with its chorus: “And it’s from the old I travel to the new, keep me travelling along with you.” A lovely sentiment for the happy couple, but perfect also for a nascent car brand busy reinventing itself.