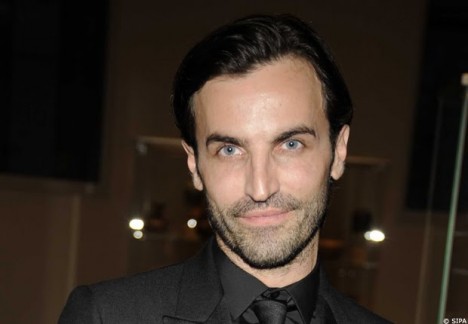 Nicolas Ghesquiere, the Creative Director of Balenciaga fashion house since 1997, will be parting ways with the brand at the end of the month. PPR, the owners of La Maison Balenciaga since 2001, announced that the fashion designer will leave the artistic helm of the house beginning with 30 November 2012.

“Cristobal Balenciaga was a master, a genius whose avant-garde vision dictated fashion’s greatest trends and inspired generations of designers. With an incomparable creative talent, Nicolas has brought to Balenciaga an artistic contribution essential to the unique influence of the house,” said Francois-Henri Pinault, Chairman and Chief Executive of PPR, thanking Ghesquiere for the contribution to the Balenciaga evolution.

Nicolas Ghesquiere is known for his sense of “silhouette,” pairing highwaisted skinny pants with a voluminous “blouson,” or a tightly cut wool jumpsuit with billowing sleeves. In October 2000, Ghesquiere was named avant-garde designer of the year at the VHI/Vogue Fashion Awards and a year later, he was named Womenswear Designer of the Year by the CFDA. Most recently he was featured in TIME’s 100 Most Influential People of 2005. He was described as “fashion’s most sought-after and influential figure” by American Vogue.

Founded in 1919 by Cristobal Balenciaga and established in Paris in 1936, La Maison Balenciaga fashion label has been behind the biggest trends in fashion from 1930 to 1968.

While the brand’s identity is firmly rooted in its highly symbolic pret-a-porter collections, items of leather, footwear and accessories are also experiencing success worldwide. Among the flagship products of the House, are the collections of handbags. Balenciaga is also focussing on the development of its ready-to-wear collections for men which are very successful. The luxury brand has also revived its prestigious past in perfumery with the creation of three new fragrances, Balenciaga Paris, L’Essence and Florabotanica.