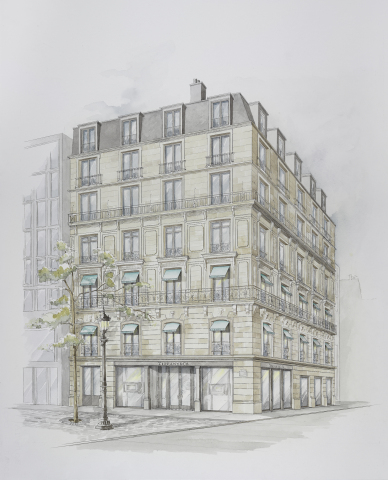 “This is a significant development and sales opportunity for Tiffany & Co. While we have been successful in operating three smaller stores in Paris, establishing this store on the Champs Elysées will be the ultimate symbol of Tiffany as a truly global luxury brand,” said Frederic Cumenal, executive vice president, Tiffany & Co. “This is a preeminent location that firmly places Tiffany & Co. on an international stage, in the heart of a city where people from all over the world come to visit and shop.”
The opening on the Champs Elysées will mark a new milestone in Tiffany’s connection to Paris which began in 1850 when the company established its first store. At the Paris World’s Fair in 1867, Tiffany & Co. became the first American firm to win an award for the excellence of its silverware. In 1999, Tiffany returned to Paris with a store on rue de la Paix. This year, Tiffany is celebrating 175 years of design excellence.