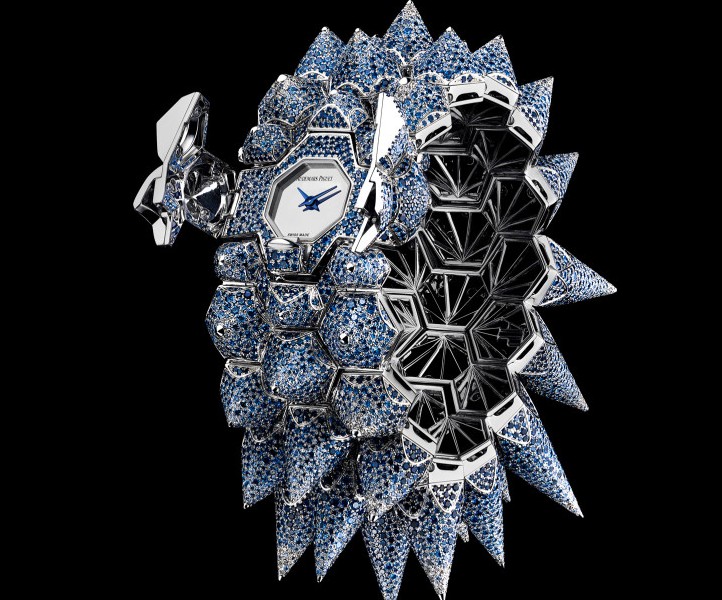 For 2017, boasting the power of her predecessors and hundreds of brilliant-cut diamonds, Audemars Piguet presented Diamond Outrage – the third and final design in the trilogy of one- of-a-kind Haute Joaillerie timepieces. The watch manufacturer is once again disrupting traditional ideas of gem-set watches while displaying a true desire to break the rules, technically and creatively.

Audemars Piguet, one of the most prestigious watch manufacturers and a leader in haute horology, launches another high jewelry watch with a shield of brilliant-cut diamonds: a true Haute Joaillerie talisman called “Diamond Outrage”. 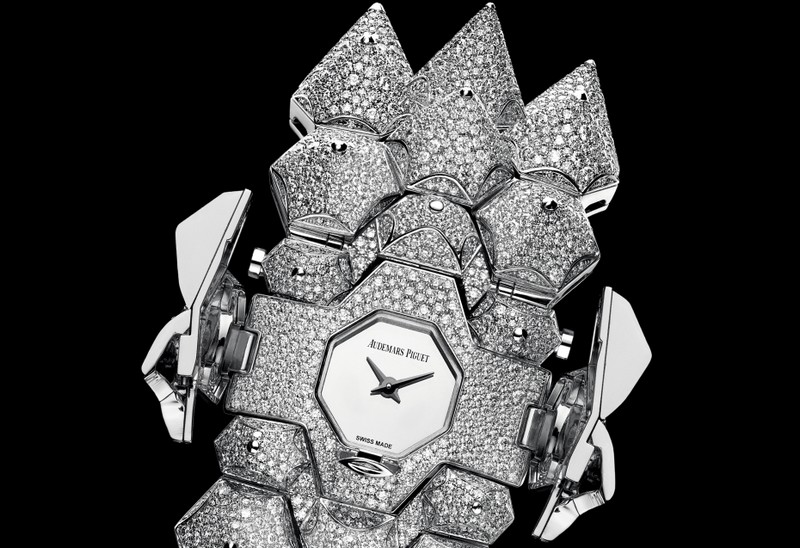 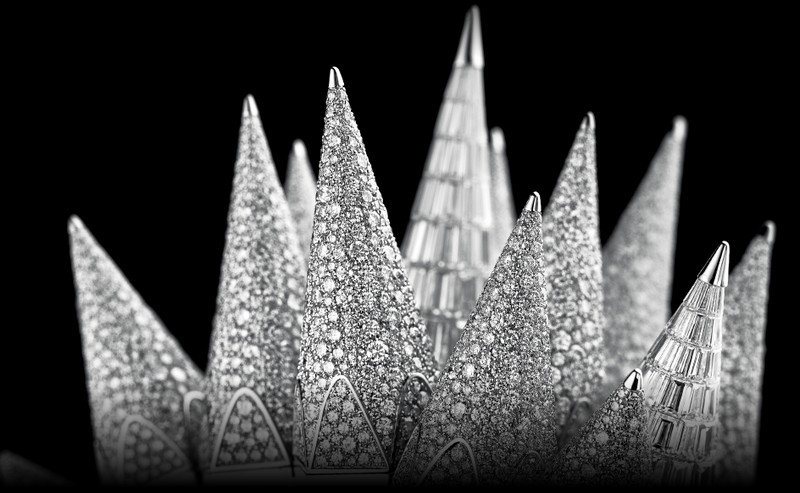 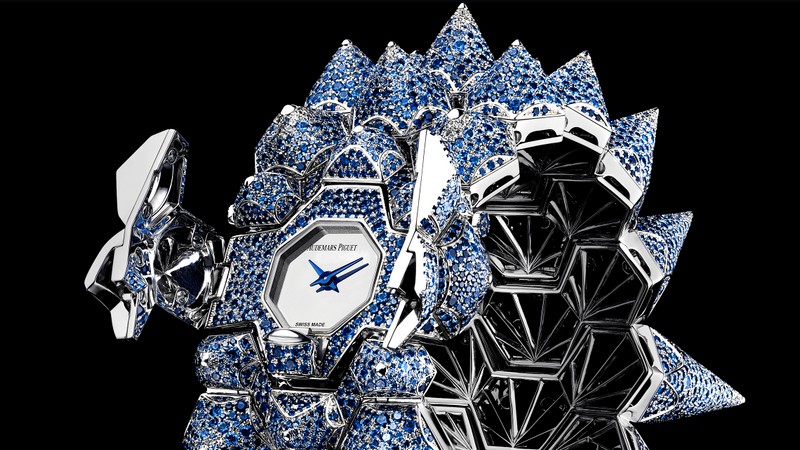 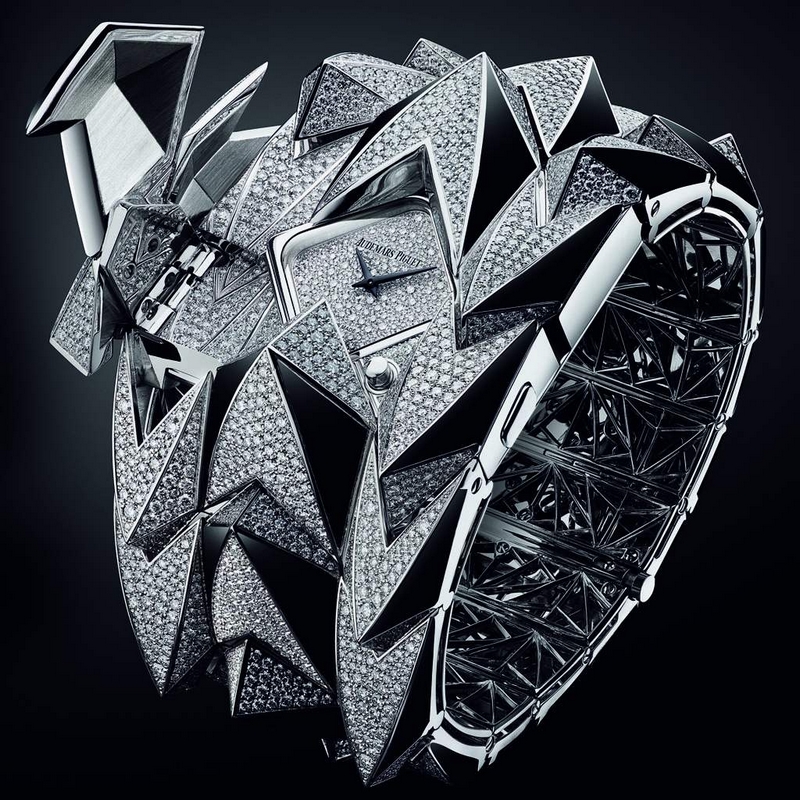 Diamond Fury’s mysterious character is revealed via a secret panel which, when touched, subtly unclips to reveal the dial beneath. Crafted with unique skill, this masterpiece is a dynamic coming together of the designers, engineers and jewellers of Le Brassus. It took passion, perfection, over 1,500 hours and 4,635 brilliant-cut diamonds for the full diamond version featured here to emerge as a fusion of the singular character, unconventional thinking and cutting-edge technology that define Audemars Piguet today.

Audemars Piguet has been continuously producing watches since 1875, making it one of the world’soldest watch manufacturers. The company is still owned by its founding families. 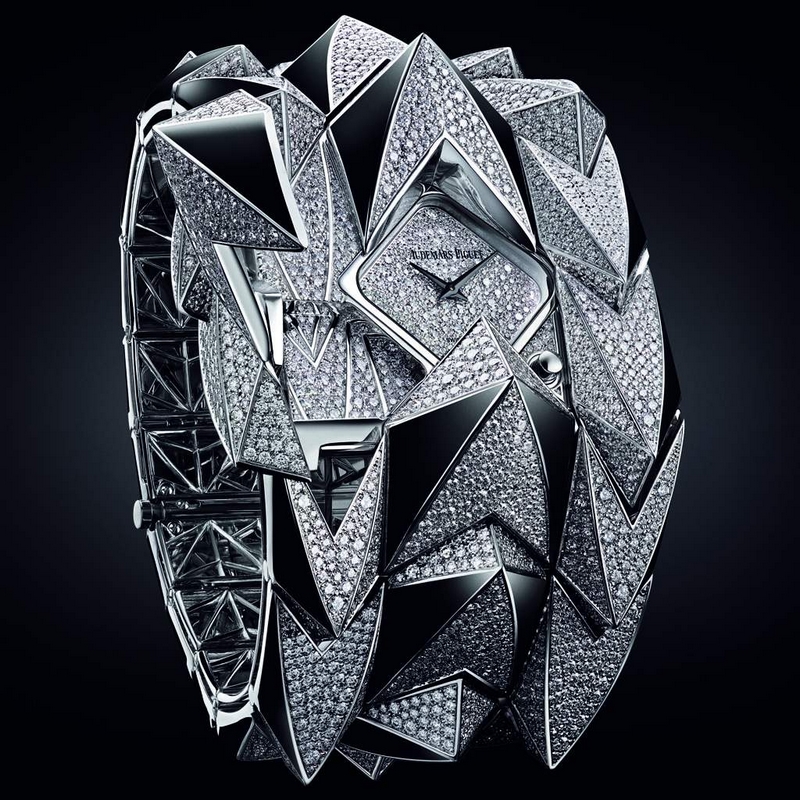 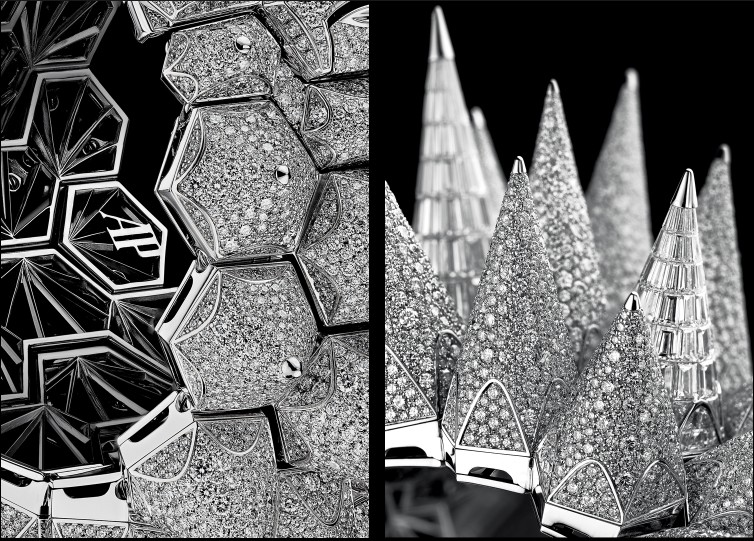 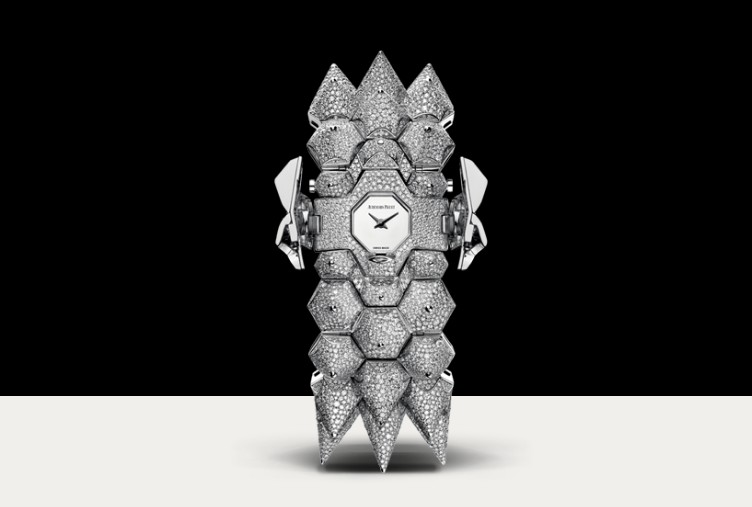 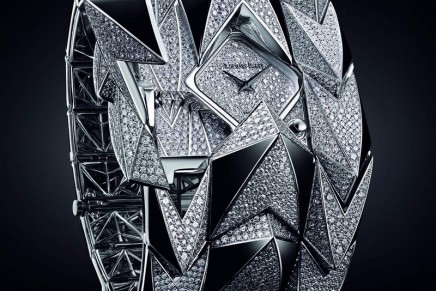 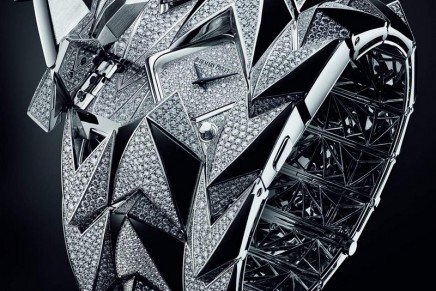 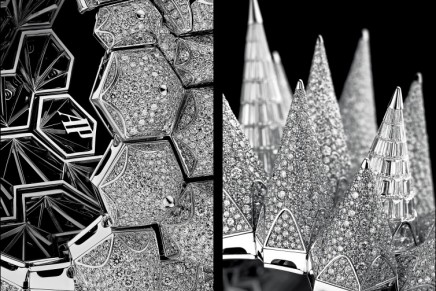 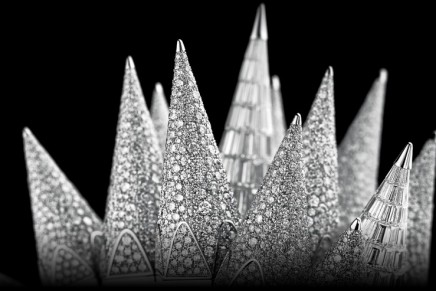 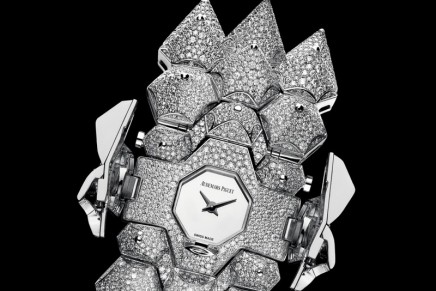 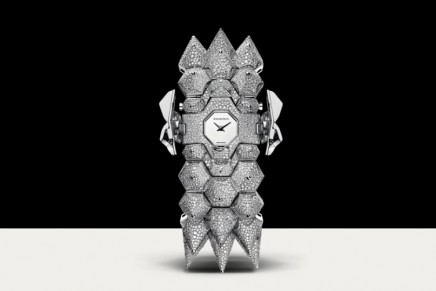 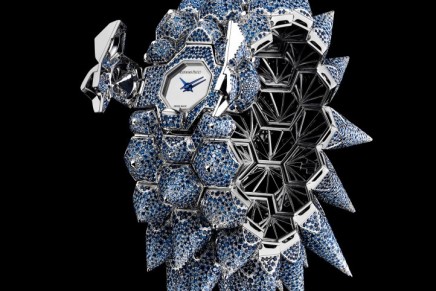 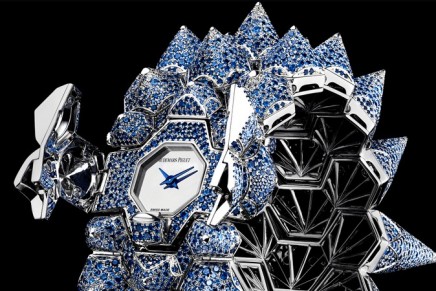