With its rich taste, elegant and delicate liquor, mellow and rich flavors, and long aftertaste, the Chinese national liquor is an ideal choice as a gift, for entertaining guests or adding to one’s collection. Rose Gold Moutai mark an excellent start for the brand of Moutai at the beginning of 2018. 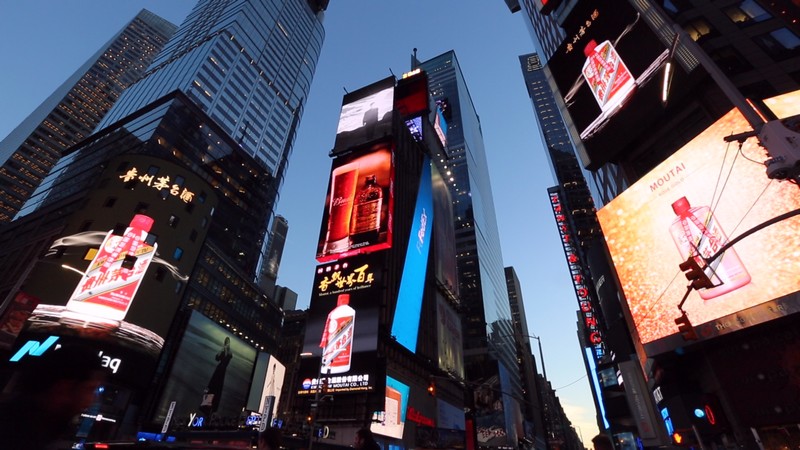 As one of the top three famous liquors worldwide, Moutai boasts a history of more than 800 years and has won countless awards. With its products sold all over the world, it is known as the famous liquor worldwide and the pride of China. Now as its brand value is increasing rapidly at a high rate, Moutai has not only won fans in China through its actual strength: it has also made a good start in promoting its brand overseas, winning fans both at home and abroad.

“What belongs to a nation belongs to the world. Moutai is not only the pride of the Chinese nation but also a rare international treasure,” said Moutai Group. 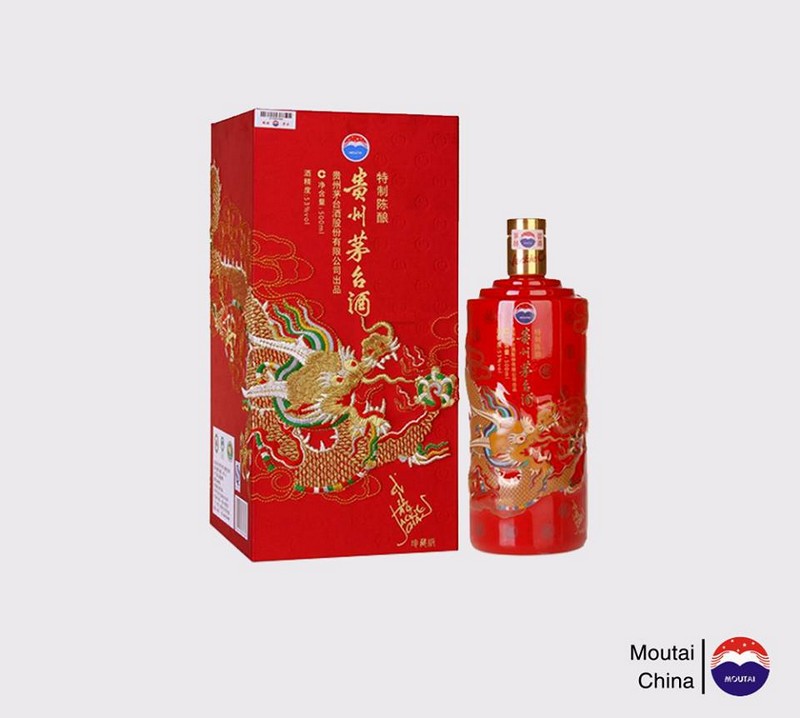 This typical Moutai bottle is designed after the Chinese traditional dragon, which is the symbol of noble, power, success and respect in Chinese culture. images: moutai group

Moutai has consistently been committed to expanding its rare range of liquors to serve more consumers. In the past two years, the popularity and development speed of Moutai has ranked first in the industry. Under the premise of focusing on the Chinese market, Moutai has insisted on exploring the international market, increased the proportion of sales in overseas markets year by year, and marched toward to a broader mainstream market by attracting foreign consumer groups by traditional Chinese market circle.

Launched in 2016, Rose Gold Moutai has narrowed the distance between the traditional liquors and fashion trends by its unique style and vibrant color. This mild luxury liquor is a real manifestation of “national liquor Moutai, brewing high-quality life.”

On February 15, 2018, on the eve of China’s traditional New Year, the Chinese national liquor debuted in New York Times Square in the United States. 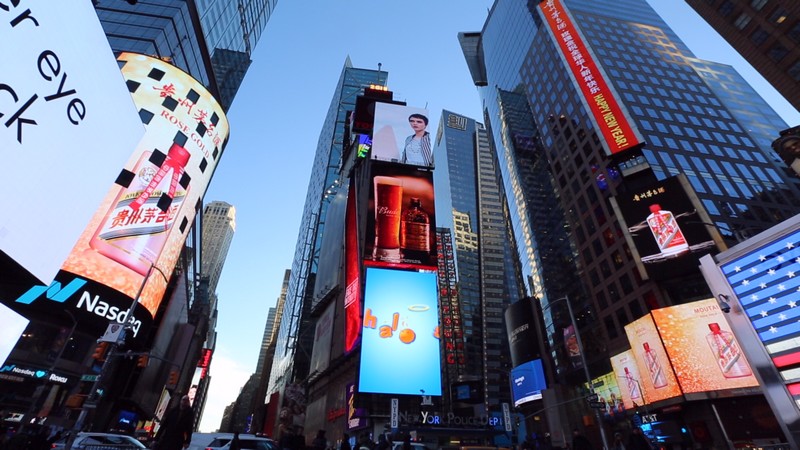 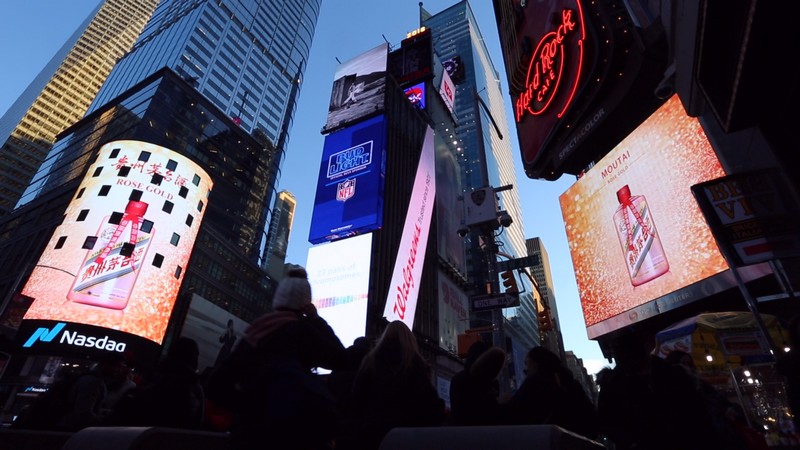 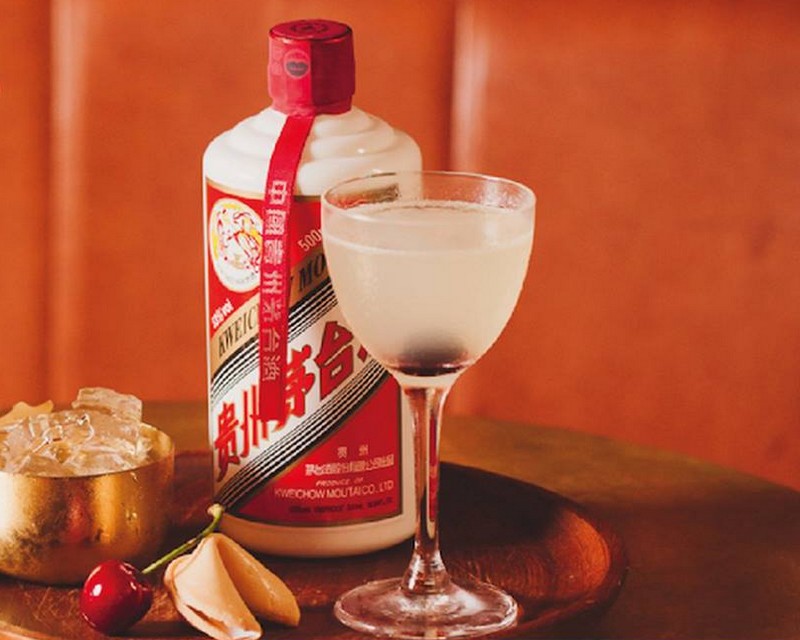 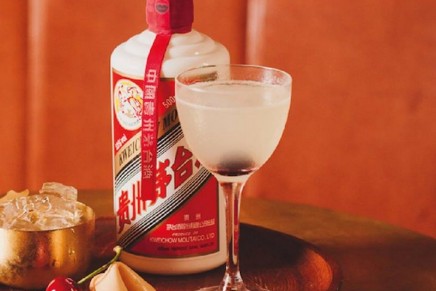 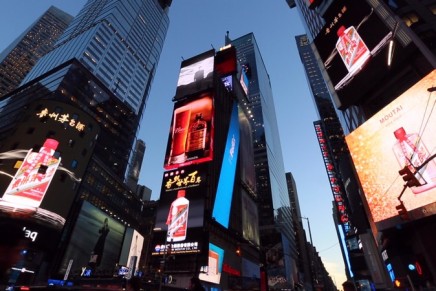 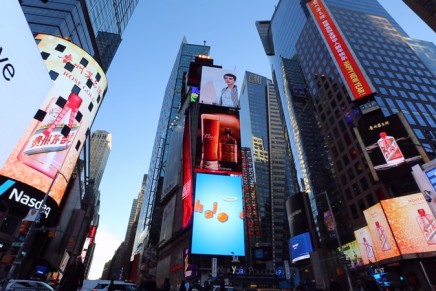 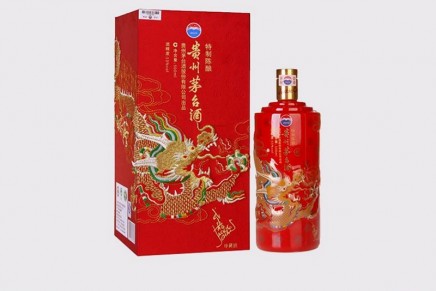