The Fellini Museum is Rimini is the largest museum project dedicated to Federico Fellini, one of the most celebrated and singular filmmakers of all times. 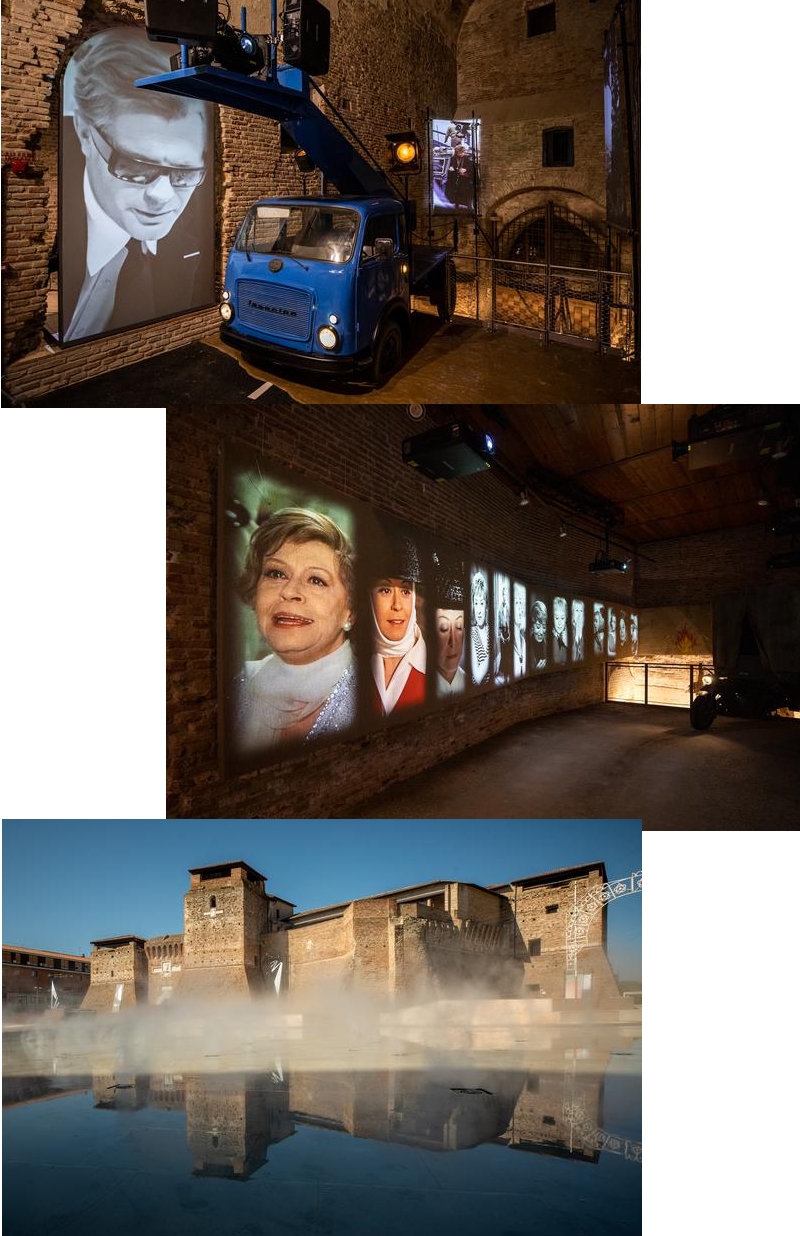 The Museum that the city of Rimini dedicates to its genius is set in a magical place that sums up his artistry, blending into the urban fabric and following in the spirit of Fellini’s films: stupor, imagination and fun. A space that creates emotions and entertainment, where innovation, research and experimentation are at home with the classical forms of art.

For Rimini, the Fellini Museum has the same role and central importance as the Guggenheim Museum has for Bilbao. It is a driver of culture and art, activating a regeneration process for the whole city, leveraging the attraction of art as a universal language and beauty as a “public asset”, moving it towards the creation of a new form of development for the whole community.

The Fellini Museum is a visionary location that will continue to evolve, where research, a ceaseless contribution from art and artists, combine with innovation and technology to enhance Federico Fellini’s poetic heritage. A Museum that does not intend to interpret Fellini’s cinema as a finished work to pay homage to, but rather as a key to “everything is imagined”. This is what Fellini used to say, and this is the key to the dispersed museum.

The Fellini Museum is not an attempt to interpret Fellini’s films as single performances, as memorials or tributes; its work is to enhance the cultural heritage of one of history’s most important filmmakers, who was born in Rimini in 1920. The Fellini Museum is a film museum that focuses mainly on the art and work of the great director, with more than five hours of film clips, put together in an immersive, participatory exhibition, where the visitor is the protagonist of their visit. The audio-visual repertoire is unique, set out along a path, following the creative flow of Fellini’s works. 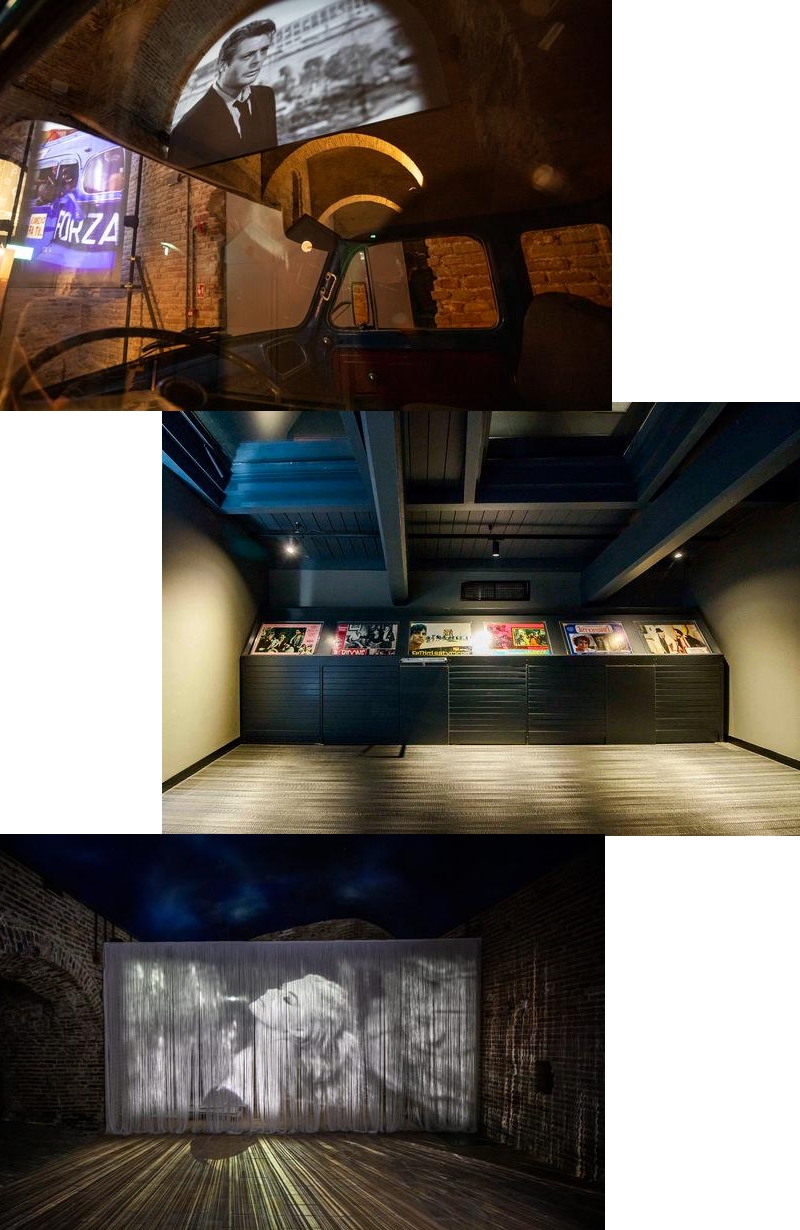 There is also an important document section with original set designs, costumes by Danilo Donati, objects and photos, and notebooks that belonged to Nino Rota.

But the Fellini Museum is also a “museum that comes out of the museum”, operating on different levels and exceeding its own spaces; it fires the imagination and in a single conceptual and spatial whole with Piazza Malatesta, creating a composite path where the narrations create a participatory immersive and diffused museum.

The ‘dialogue’ between interior and exterior spaces that is a characteristic of the Fellini Museum is a seamless one, where creativity and imagination bring their positive contamination to Rimini, looking at past and future, as a key to the world where “everything is imagined”.

The Fellini Museum has been included by the Italy’s Ministry for Culture in its large-scale national cultural heritage projects.

The project is part of a broader programme to renew infrastructure and to make the most of the cultural and architectural heritage of the city and its historic centre, which has seen other important projects completed, such as the restoration of the Teatro Galli, and the PART – Art Palaces of Rimini, it is part of a plan to make the most of the city, redesigning its image and its future.

The Fellini Museum is spread out along three key points in the city centre of Rimini, connecting different points with a single vocation to transmit the knowledge and creative spark of the great Italian filmmaker. The three sites are: Castel Sismondo, a 15th-century castle designed in part by Filippo Brunelleschi; Palazzo del Fulgor, an 18th-century building, home, on its ground floor, to the Fulgor, legendary cinema immortalised in Amarcord and now arranged with the sets designed by three-time Oscar winner, Dante Ferretti; and Piazza Malatesta, a large urban location with green sections, areas for performances and art installations, an immense sheet of water to re-evoke the castle moat and a large circular bench that, like the one in the final scenes of 8½, aims to be a tribute to life, to solidarity, and to the desire to be together. 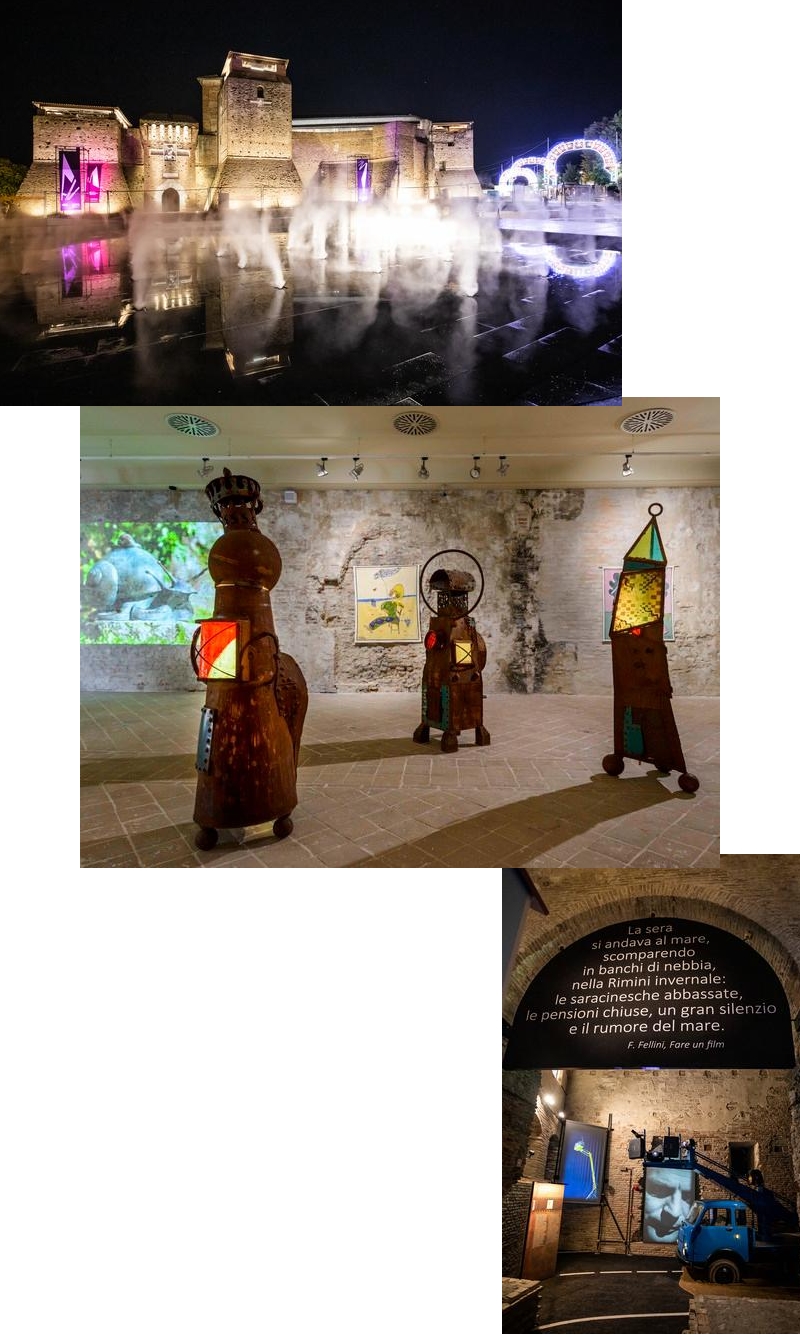 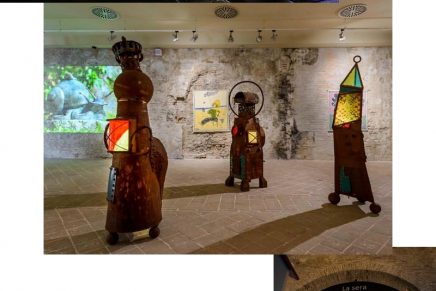 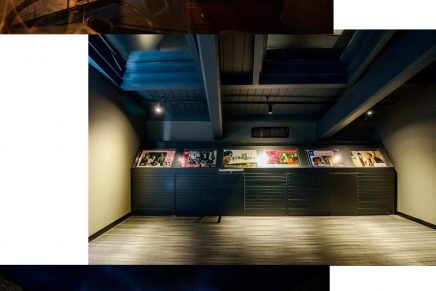 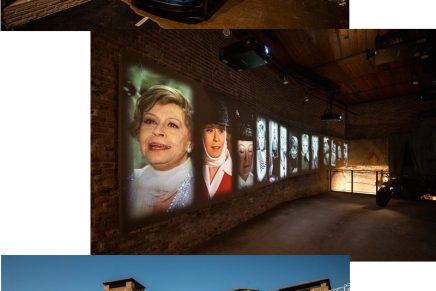