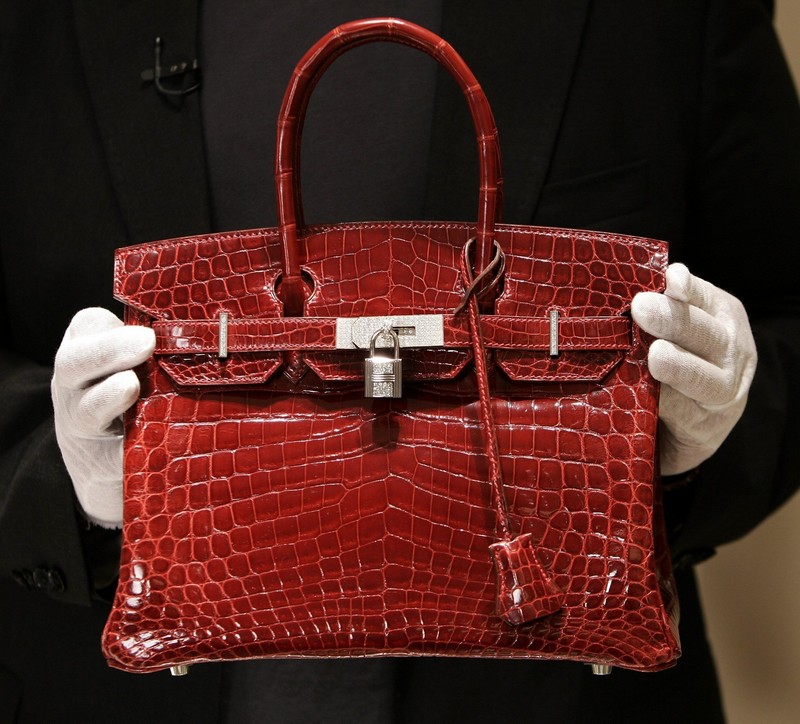 This article titled “Zadie, Alexa, Coco: why does fashion love naming bags and clothes?” was written by Hadley Freeman, for The Guardian on Monday 14th March 2016 14.03 UTC

Why do designers give names to their bags and clothes?

This anthropomorphising of fashion is weird, no doubt, but not that hard to fathom. As anyone who ever had a cuddly-toy animal knows, giving a name to an inanimate object forces you to form an emotional attachment to it. So it’s not just some big clunking ugly leather bag – it’s your Mulberry Roxy. You have to buy it, and you have to love it and, if you don’t, you’ll be reported to the RSPCB (Royal Society for the Prevention of Cruelty to Bags, of course).

But giving a name performs another function: it allows the designers to emphasise what brand image they want the bag to have. You might see a (fairly impractical) small bag with a giant lock on it, but call that baby “Paddington” and suddenly it’s obvious that it’s the accessory for boho west-London girls – or, at least, for women who buy one to feel like boho west-London girls. Mulberry’s Bayswater aspires to a similarly luxe west-London look, but a bit more prim than the more urban Paddington (although, as anyone who has ever been to west London knows, both Paddington and Bayswater are totally grim. I guess calling a bag Holland Park isn’t quite as catchy.)

But place names are one thing. Give a fashion item a person’s name and you are revealing not just what image you want your fashion item to have, but what image you associate with that name. This isn’t such a problem when a generically cool name is used – Alexa, for example, or Coco – but becomes weirder when a more distinctive one is used.

I got to thinking about this when I noticed a hideous orange jumpsuit with giant flowers vomited all over it on sale by the designer Trina Turk. Name of said jumpsuit? Zadie. The briefest of Google searches revealed this to be a trend in itself, naming terrible faux “ethnic” fashion items “Zadie”: a zebra-print vest top; a fake zebra rug; an ugly raffia backpack; a strangely patterned sequinned shift dress ; and, most terrifying of all, a mesh jumpsuit. And every single one called Zadie.

Now, I’m sure there are other Zadies in the world beyond Zadie Smith, but I’d be willing to bet the designers weren’t thinking about them when they named their wares. No, they were thinking about Ms Smith, who is frequently praised in fashion magazines for her style, but who designers seem to have reduced in their minds to “generic ethnic woman – bit African, like”.

I could get outraged about this, but I’m afraid I’m too busy dealing with how “Hadley” seems to be the byword for “literally the ugliest thing you have ever seen”, judging from the nomenclature of certain fashion items. Fancy a disgusting leather-trimmed peacoat? A grim suede shoe that insists on being described as a “bootie” and should have died in the 90s? Some completely insane snake-print tapered trousers? Of course not – no one ever has. And yet, all given the holy name of Hadley. Screw you, fashion.

Is it OK to criticise a woman for tweeting naked selfies – or is that body-shaming?

OK, quick background here, which I will try to give without stabbing myself in the brain with a spoon. Last week, Kim Kardashian tweeted a naked selfie. Celebrities, from Bette Midler to Chloe Moretz, queried this decision. They didn’t make mean comments about the photo or Kardashian; they just questioned the point. Kim, apparently astonished that her naked selfie provoked a reaction, then posted a parodically zeitgeisty statement, announcing: “The body-shaming – it’s like, enough is enough.”

OK, let’s get something straight here. Not all criticism of a woman is “shaming”. If someone had said to Kardashian, “Hey, you’re fat and ugly – put some clothes on that disgusting blob, you moose”, that would be body-shaming. But saying, “Hey, you’re tweeting a naked photo of yourself to 42 million people – um, why?”, that is not body-shaming. That is asking a pretty reasonable question.

Kardashian has claimed her highly posed selfie is “empowering”, and such is the fear people seem to feel nowadays of saying something that marks them as an out-of-touch oldie who oppresses other people, this has pretty much been accepted as the truth. But can we all please look up the definition of “empowering”? Because I think it has been forgotten. Posting very flattering naked photos of yourself when you are already an extremely famous celebrity is not empowerment – it’s asking for even more attention. Does this actually need to be said? Aren’t I just saying the teeth-bleeding obvious? I feel as if I’m eating crazy pills.

Here’s the deal, world: post all the naked photos of yourself you want. Take the camera along to your colonoscopy and smear test, for all I care. But accept that people will have a reaction to them, and not necessarily the sycophantic reaction you so desperately crave. And that acceptance, my friends, is what is truly empowering.