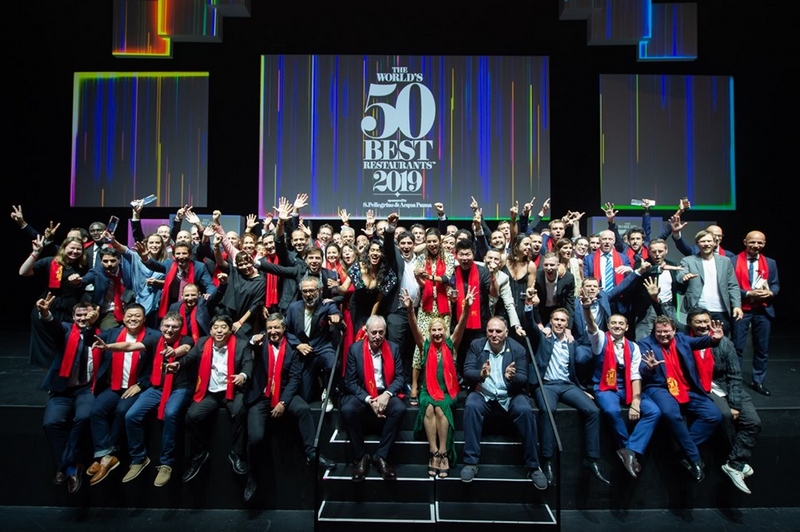 This article titled “UK falls down culinary rankings in world’s 50 best restaurants list” was written by Haroon Siddique, for The Guardian on Tuesday 25th June 2019 18.42 UTC

Shoreditch, the hipster district of east London, is the only area of the UK to make the 2019 list of the world’s best 50 restaurants in a disappointing result for British chefs.

London may see itself as one of the culinary capitals of the world but it has just two restaurants in the top 50 – the same number as Moscow – and both within a few hundred metres of each other.

Related: The OFM 50 2019: everything we love in the world of food right now

The number of British restaurants in the top 50 halved from last year, when the capital could also boast of having the best female chef, in Clare Smyth at Core, in west London. Over the same period, Moscow, which has been undergoing a food renaissance, saw its tally double.

At a glitzy ceremony in Singapore on Tuesday, Lyle’s, on Shoreditch High Street, was announced the 33rd best restaurant in the world and the Clove Club, on Old Street, came 27th. Not only are they a stone’s throw away from each other, but their chefs, James Lowe and Isaac McHale, respectively, used to work together at the Young Turks, also in east London.

Adam Coghlan, the editor of Eater London, said according to the list’s principles, which he said had been criticised in the past for being “largely Eurocentric, largely male” and favouring expensive tasting-menu restaurants, the only London restaurant he was surprised not to see on the list was Ikoyi, which offers a modern take on West African cuisine in St James’s Market.

He said: “For me, it doesn’t say much about how good London restaurants are. It probably is a fair reflection of where London ranks in that field: an extremely narrow brand of innovative fine dining. That of course is only one way to measure how good a food city London is.

“It’s interesting that the two restaurants now among the 50 best are in Shoreditch. I think that says something about a shift in the style of cooking now recognised as ‘world class’. These restaurants are decidedly modern and have moved British fine dining away from its traditional French roots.

“But also, it illustrates how trends and money has geographically shifted east. It’s interesting that previous mainstays in the 50 best were the Ledbury and Dinner By Heston Blumenthal, both in west London.”

He said despite the chefs connections and their proximity, they were very different, reflecting their previous experience, Lowe at St John and McHale at the Ledbury.

Votes were submitted by more than 1,000 international food writers, critics, chefs, restaurateurs and industry experts from around the world.

Lyle’s and the Clove Club both climbed the list from last year, up five and six places respectively.

The experts’ choice for the top spot was Mirazur, the three Michelin-starred restaurant of Mauro Colagreco in Menton on the French Riviera, France’s first winner. It took the top spot from Osteria Francescana in Modena, Italy, which was no longer eligible after the introduction of a new rule barring previous winners from the list.

Colagreco, the first non-French three Michelin-starred chef in the 110-year history of the guide, said the award was a great honour, coming from his peers. He said: “It recognises the trajectory of my life from Argentina to the Riviera that welcomed me so warmly 19 years ago. I am overjoyed to bring this award back to France.”

In second place was Noma, in Copenhagen, considered one of the most influential restaurants of the past decade. Despite being named the world’s best restaurant four times previously, it still qualified because it has reopened in a new venue with a new menu. It tweeted that it was “super happy” about the result.